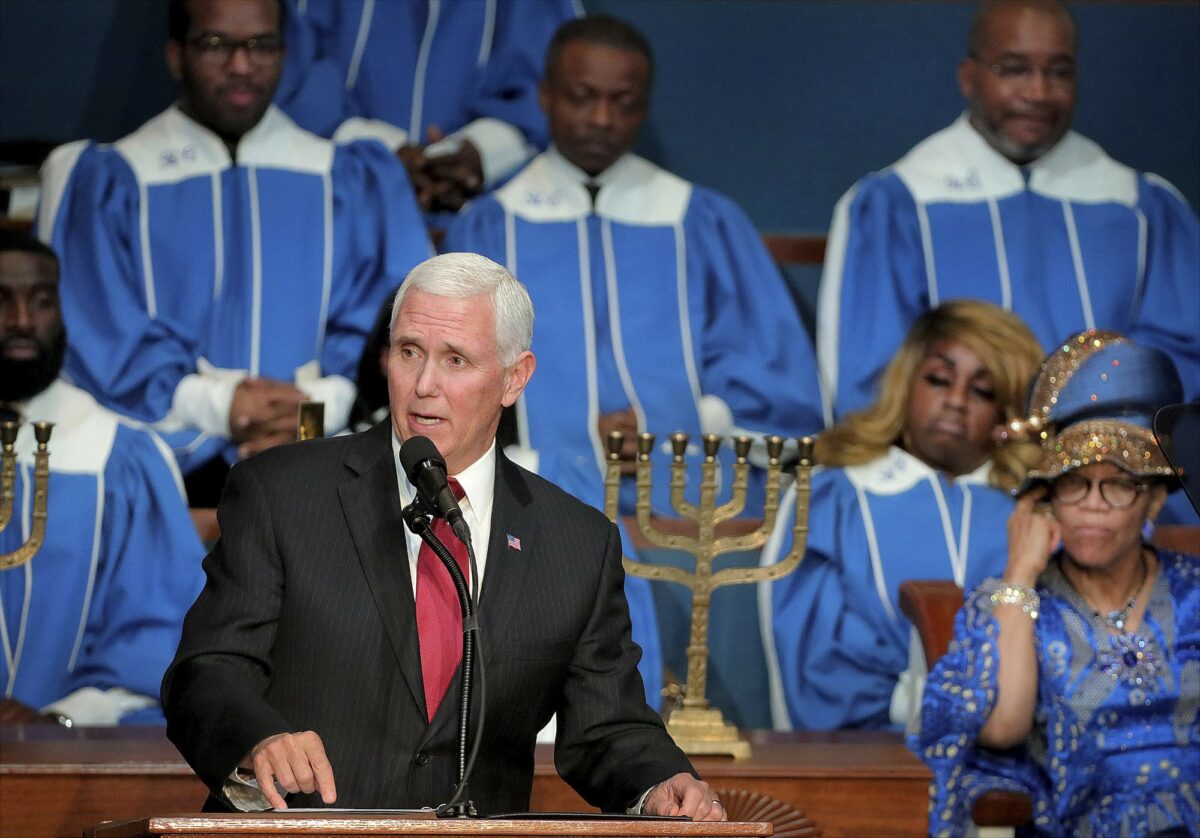 MEMPHIS, Tenn.—Vice President Mike Pence gave a speech on Jan. 19 in remembrance of the Rev. Martin Luther King Jr. at a church service in Tennessee.

“I’m here to pay a debt of honor and respect to a man who from walking the dirt roads of the Deep South to speaking to hundreds of thousands on the steps of the Lincoln Memorial, touched the hearts of the American people and led the civil rights movement to triumph over Jim Crow,” said Pence, who spoke at the Holy City Church of God in Memphis the day before the federal holiday named after the slain civil rights leader.

Before the service, Pence toured the National Civil Rights Museum at the Lorraine Motel, where King was fatally shot on April 4, 1968, while standing on a balcony.

“But we’re not here today to speak about that terrible day, but about a life of consequence and a life well-lived,” Pence said.

Pence spoke about King’s religion and how he “challenged the conscience of a nation to live up to our highest ideals by speaking to our common foundation of faith.

The vice president added, “He touched the hearts of millions of Americans and his words continue to inspire through this day.”

Acknowledging the nation’s deep rift, Pence said that if Americans rededicate themselves to the ideals that King advanced, while striving to open opportunities for everyone, “we’ll see our way through these divided times and we’ll do our part in our time to form a more perfect union.”