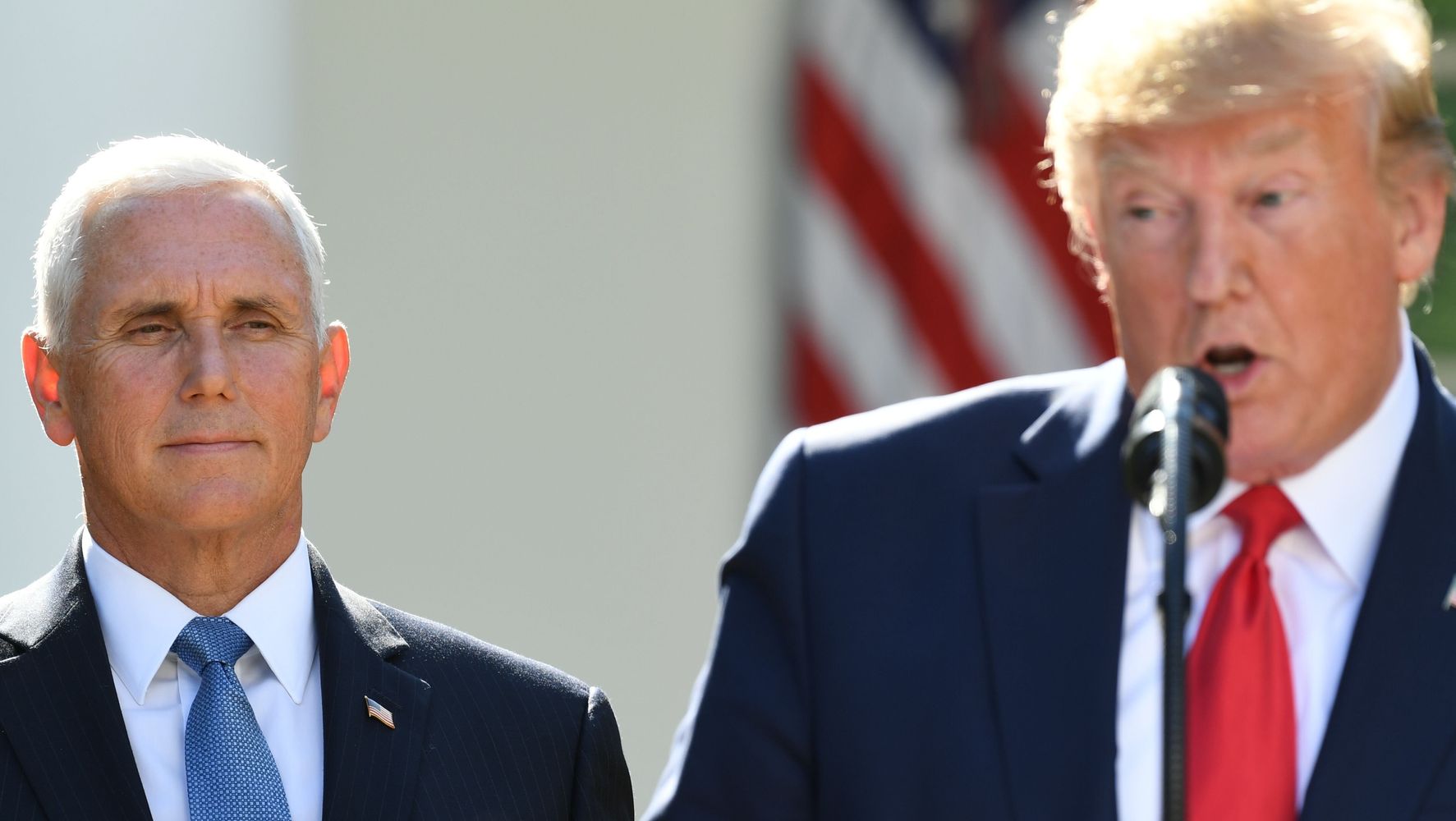 Vice President Mike Pence dismissed claims that he would have considered invoking the 25th Amendment to remove the president from office during an interview on Thursday.

“When those rumors came out a few years ago, I dismissed them then. I never heard any discussion in my entire tenure as vice president about the 25th Amendment, and why would I?” Pence told reporters during a briefing in New Hampshire. “If there is someone who is in our administration or who has served in our administration [who] doesn’t support this president, doesn’t support his agenda, he should resign.”

[email protected] to @steinhauserNH1 on 25th Amendment: “You know when those rumors came out a few years ago I dismissed them then. I never heard any discussion in my entire tenure as vice president about the 25th Amendment. And why would I?” https://t.co/Xrw7objAk1 pic.twitter.com/hxMdH7ht1b

Pence’s comments came after HuffPost published details from the forthcoming book, “A Warning,” an anticipated exposé about the inner workings of the Trump administration. The anonymous author had published an op-ed in The New York Times last year claiming there was a “resistance” within the administration of President Donald Trump. Both the Times and the publisher of “A Warning” say the person is a current or former senior White House official.

In the book, Anonymous claims high-ranking White House officials took an informal poll of Cabinet members to determine who would consider invoking Section 4 of the 25th Amendment to remove Trump from office sometime in 2017. The alleged tally was taken soon after the president fired FBI Director James Comey, a decision that ultimately resulted in the appointment of special counsel Robert Mueller and dogged the Trump presidency for nearly two years.

Anonymous claimed that the senior officials who first took the poll believed Pence would support the removal of Trump and take his place as commander in chief if a majority of the Cabinet supported it. HuffPost was not able to confirm the vice president’s position on the potential use of the 25th Amendment, and some political journalists responded to the claims with incredulity.

Pence has long been one of Trump’s most ardent defenders, and he has rarely broken with the president. The vice president has also continued to stick by his boss as the House’s impeachment inquiry, centered on the president’s call with the leader of Ukraine, heats up.

Despite Pence’s denial on Thursday, the Justice Department has sought information on the author ahead of the book’s publication. Earlier this week, Assistant Attorney General Joseph Hunt wrote to the book’s publisher and said details in the exposé may be violating the official’s “legal obligations under one or more nondisclosure agreements.”

Pence on Thursday called publication of “A Warning” appalling and said if the author is still working for the administration, that person should “do the honorable thing” and resign.

“The very notion of this anonymous who wrote an editorial ― and now it’s reported that they’ve written a book ― is just appalling to me,” he said.