Pete Buttigieg: Voting For Trump Means ‘Looking The Other Way On Racism’ 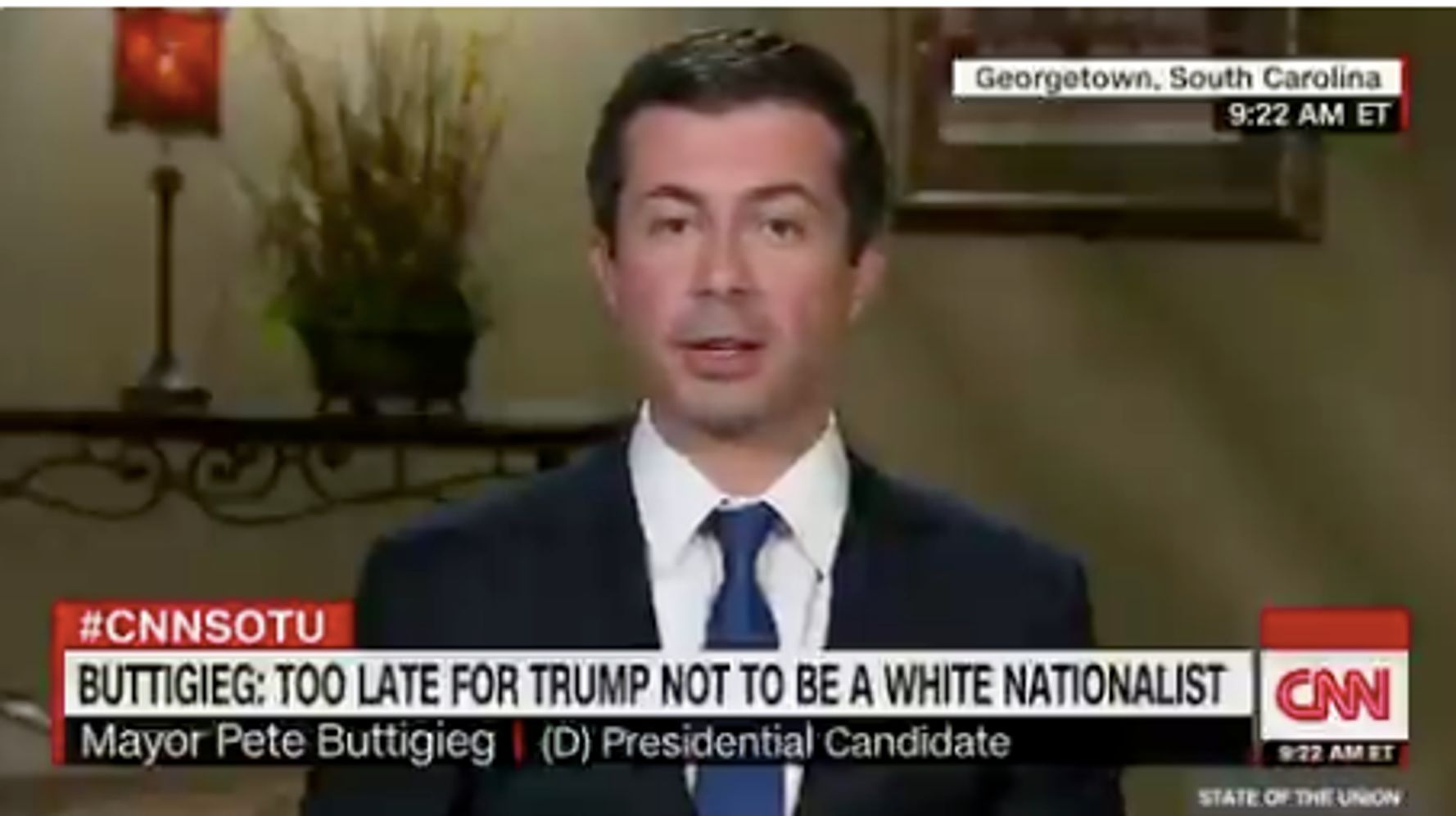 Democratic presidential hopeful Pete Buttigieg said anyone who votes to reelect President Donald Trump in 2020 is “looking the other way on racism.”

The mayor of South Bend, Indiana, appearing on CNN’s “State of the Union” on Sunday, also railed against Trump’s comments at his rally in New Hampshire on Thursday, in which he told attendees they have “no choice but to vote for me.”

“You told me on this show two weeks ago that you believe President Trump is a white nationalist,” host Jake Tapper told Buttigieg. “Given that, do you think that it’s a racist act to cast a vote for President Trump in 2020?”

“Well, at best, it means looking the other way on racism,” Buttigieg said. “But I think a lot of people are wondering what kind of deal even that is supposed to be.”

He continued: “You know you look at what he said in that rally: ‘You’ve got no choice but to vote for me.’ And if you look at the numbers, basically what he’s saying is, ‘Alright, I want you to look the other way on the racism, tolerate the negativity, accept the instability of my administration because I am going to deliver for you job growth almost as good as the Obama years.’ That’s what his argument amounts to now and that’s part of the reason why he’s unpopular.”

[email protected]: “Do you think that it’s a racist act to cast a vote for President Trump in 2020?”

Presidential candidate Pete Buttigieg: “At best it means looking the other way on racism.” #CNNSOTU pic.twitter.com/YtqTPvhayX

Trump, who has a long history of making bigoted comments, has come under fire in recent months over his racist attacks on Democratic lawmakers of color, including calling on four minority congresswomen to “go back” to other countries.

The president also bashed Rep. Elijah Cummings (D-Md.) and described his district, which includes a majority-Black portion of Baltimore, as “a disgusting, rat and rodent infested mess.”

Many Democrats, including several 2020 presidential hopefuls, have said they believe Trump is a white supremacist. Tapper asked former Rep. Beto O’Rourke of Texas, another Democratic presidential candidate, last week whether voting for Trump is an act of racism.

“I think it’s really hard,” O’Rourke responded, “after everything that we’ve seen from his time as a candidate in 2016 to his repeated warnings of ‘invasions’ … and his attack on anyone who does not look like or pray like or love like the majority of this country. Yes, Donald Trump is dangerous to the future of this country.”

Trump has claimed he is the “least racist person” in the world.