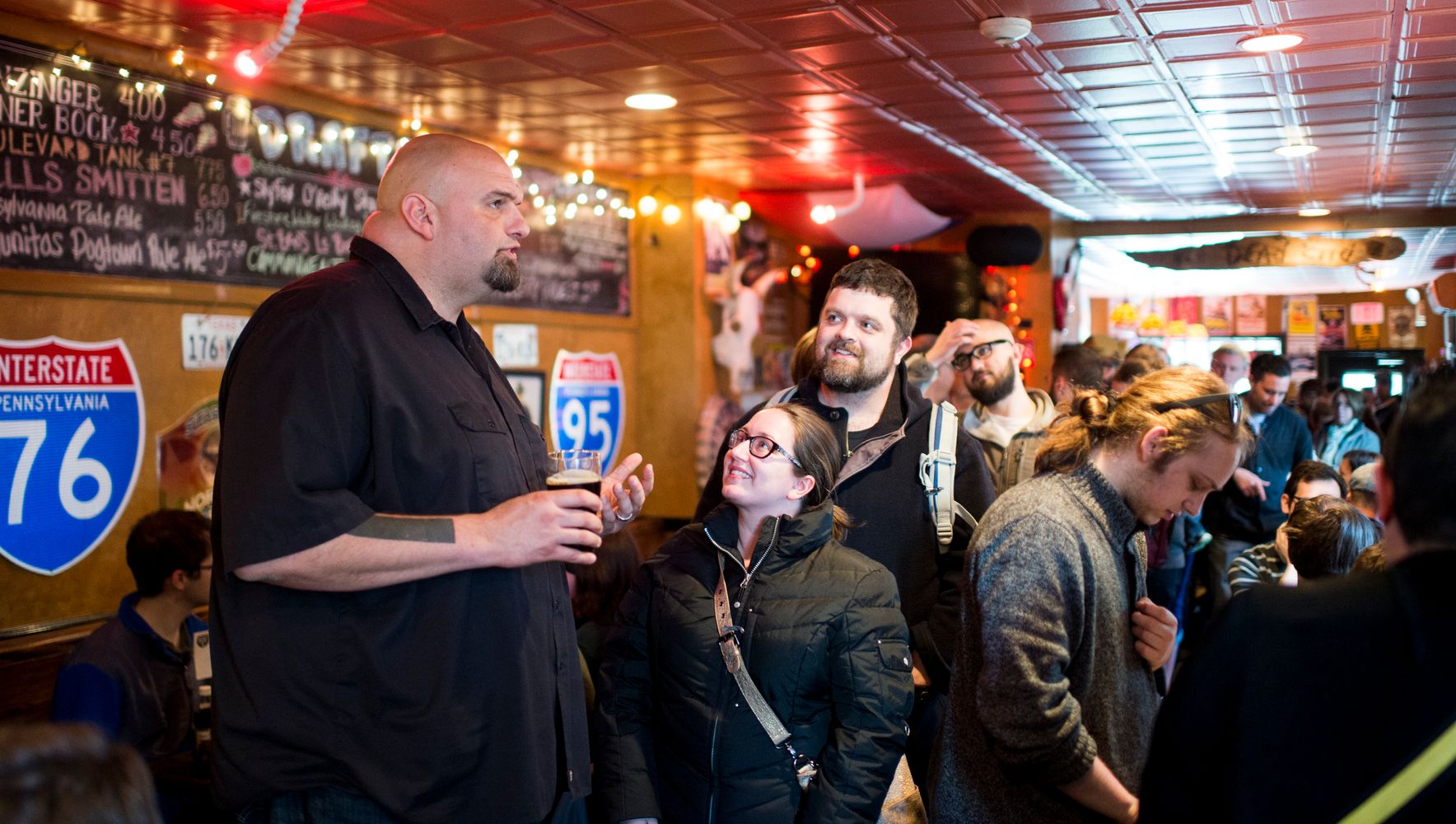 Pennsylvania Lt. Gov. John Fetterman is running for his state’s open U.S. Senate seat in 2022, becoming the first major entrant in what could be a crowded field in one of the nation’s quintessential swing states.

In a video announcing his run, Fetterman – a progressive who served as mayor of the small industrial community of Braddock outside of Pittsburgh before ascending to the lieutenant governor’s office in 2018 – promises to bridge the growing political divide between the urban and rural portions of Pennsylvania, arguing communities across Pennsylvania feel “left behind” by national politicians.

Fetterman has already raised $1.3 million for his bid to claim the seat held by retiring GOP Sen. Pat Toomey. He’s also set to announce endorsements from the United Steelworkers local in Pennsylvania, as well as UFCW Local 1776, which covers food workers in Philadelphia and its suburbs.

The 6-foot-8-inch Fetterman has an atypical look for a politician, to say the least. Heavily tattooed and famously resistant to wearing a tie, he’s led an effort to legalize and tax marijuana in the state, and been profiled by national media outlets far more often than your typical lieutenant governor. He made regular appearances on MSNBC and CNN to defend the integrity of the 2020 election in Pennsylvania, attention that could give him a leg up in a Democratic primary.

The 2022 Senate battle in the Keystone State is certain to be crucial to who will control the Senate for the latter two years of President Joe Biden’s term in office. Toomey’s retirement means the state is Democrats’ most enticing pick-up opportunity, and Fetterman is unlikely to be the only Democrat running.

U.S. Rep. Chrissy Houlahan, who represents the vote-rich Philadelphia suburbs, is considering a run. Another congressman, Rep. Conor Lamb, who shares Fetterman’s geographic base in the Pittsburgh area but represents a more moderate ideology, could also make a bid. State Rep. Malcolm Kenyatta, an early backer of Biden, is the most prominent Black politician considering a run.

The Republican side of the race is likely to yield a candidate more closely aligned with Trump than Toomey, a staunch fiscal conservative and ally of the banking industry who nonetheless adopted moderate stances on gun control and other issues.

Former Rep. Ryan Costello is publicly considering a run, but his criticisms of Trump could make it difficult for him to survive in a GOP primary where loyalty to the former president is likely to be the dominant issue. Two Trump-aligned Republicans, Reps. Mike Kelly and Guy Reschenthaler, are seen as possible candidates. Jeff Bartos, the GOP candidate for lieutenant governor in 2018, is also moving toward a bid.

Fetterman has previously run for Senate in 2016, when he lost to environmental official Katie McGinty, who had the backing of the Democratic Senatorial Campaign Committee and EMILY’s List, in the Democratic primary. In that race, Fetterman endorsed Vermont Sen. Bernie Sanders for president and openly requested for Sanders to back him in return, though no endorsement ever came. McGinty went on to narrowly lose to Toomey as Trump won the state.