Public Land Gets Its Moment At The Climate Town Hall 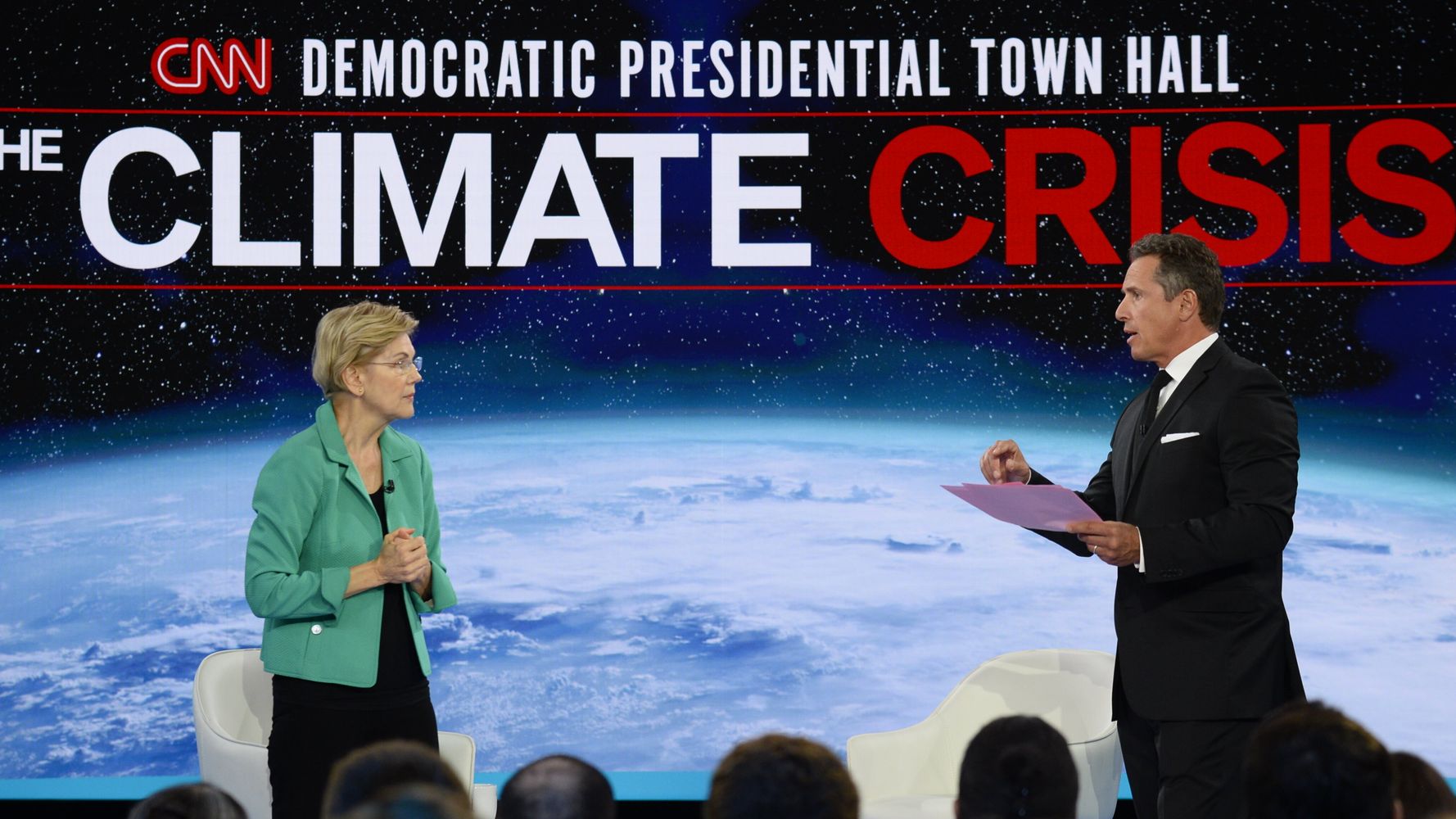 A federal report last year found that about a quarter of all greenhouse gas emissions in the United States come from fossil fuel extraction on federal land. As the Trump administration continues its push to expand such development, top candidates for the 2020 Democratic presidential nomination agree that America’s public land must be a tool in the fight against climate change, not a contributor to the problem.

“We should not be selling or leasing public land for the purposes of drilling,” Harris said.

Banning such activity on the federal estate, Castro said, is “consistent with moving to sources of clean, renewable energy instead of dirty fossil-fuel energy.”

Harris and Casto stressed that preserving America’s heritage would be a priority if elected president.

“We actually need to undo the damage that this administration has done and then expand the lands that we’re protecting in our country,” Castro said. “We can do that.”

Along with cutting a collective 2 million acres from a pair of protected national monuments in Utah ― Bears Ears and Grand Staircase-Escalante ― President Donald Trump has opened up millions of additional acres of land and offshore waters to drilling and mining.

Most of the 10 Democratic candidates who appeared on stage Wednesday have released climate plans that call for reversing Trump’s sweeping land rollbacks, safeguarding new sites or fully funding the popular Land and Water Conservation Fund, which uses offshore fossil-fuel revenue to protect natural areas and water resources. Castro, Harris, Sen. Cory Booker (D-N.J.) and former Vice President Joe Biden have all committed to working toward protecting 30% of America’s land and water by 2030.

“Our public lands support a growing outdoor recreation economy, provide important wildlife refuges and environments, and distinguish America from the rest of the world,” Booker wrote in a post to Twitter. “They’re also critical assets in the fight against climate change.”

Chase Huntley, energy and climate director for The Wilderness Society Action Fund, told HuffPost in an email that it is “heartening to see public lands and conservation recognized as a major part of a national climate solution.”

“The next president must be ready to lead the climate response we need to see on our shared lands and waters,” Huntley said. “If we are going to keep pace with what science demands, we must reduce greenhouse gas emissions on our public lands while also restoring protections for threatened forests, from the Southern Appalachians to Alaska’s Tongass” National Forest.

Ahead of Wednesday’s forum, Harris released a $10 trillion climate plan that calls for “diversifying the marine and land ecosystems that we protect and targeting biodiversity hotspots and critical wildlife corridors,” as well as using existing presidential authorities to set aside critical landscapes. Biden’s plan promises to permanently protect areas like the Arctic National Wildlife Refuge ― a pristine Alaska wilderness that the Trump administration is working to open to oil drilling ― and to set up programs to reforest and expand renewable energy on federal lands.

Castro’s $10 trillion climate plan, also released this week, calls for designating new national monuments, parks and wildlife refuge and outlines a so-called “Green Opportunity Corps” that would put 15,000 young adults to work in areas like public land conservation. He is the only candidate to put out an animal and wildlife welfare policy, which seeks to end euthanasia for household dogs and cats and strengthen protections for endangered species.

“We need to connect the dots,” Castro said Wednesday. “I’ve connected the dots of actually preserving more of our lands both for the benefit of wildlife and for our benefit to combat climate change.”

Sen. Elizabeth Warren (D-Mass.) was not asked Wednesday about how she would approach America’s public lands and waters, despite being the only candidate to release a comprehensive plan specific to protecting them. Her policy vision, unveiled in April, includes overturning Trump’s land rollbacks, a moratorium on oil and gas leases on federal land, and recruiting 10,000 youth and veterans for a “21st Century Civilian Conservation Corps.”

“It’s not enough to end our public lands’ contribution to climate change,” Warren wrote in an announcement at the time. “We have an enormous opportunity to make them a part of the climate solution, and for both economic and environmental reasons, we should take it.”

All 10 candidates that participated in the CNN climate forum have voiced support for the Green New Deal, the landmark resolution unveiled in February by Rep. Alexandria Ocasio-Cortez (D-N.Y.) and Sen. Ed Markey (D-Mass.) and that outlined lofty goals of reaching net-zero emissions by midcentury. Supporters of the Green New Deal have said public land is key to its success. The plan calls for “ensuring that public lands, waters, and oceans are protected” and “restoring and protecting threatened, endangered, and fragile ecosystems.”

Questions posed to candidates on Wednesday varied, and not all were asked about public land and conservation. But nearly all have policy proposals that drive home the need for the nation to be a better environmental steward.

Former Rep. Beto O’Rourke (Texas) says he would go beyond previous presidents to “protect our most wild, beautiful, and biodiverse places for generations to come — including more of the Arctic and of our sensitive landscapes and seascapes than ever before.”

Sen. Bernie Sanders (I-Vt.) has a $16 trillion plan that includes investing in public land conservation “to heal our soils, forests, and prairie lands.”

Entrepreneur Andrew Yang says he would “protect and grow America’s public lands and waters, and natural monuments, for future generations.”

And Pete Buttigieg plans to “close public lands to new fossil leases” and on Wednesday voiced support for expanding the federal Conservation Stewardship Program, which provides support for conservation measures on small farms.