Rachel Maddow Does A Trump Impeachment Explainer For Stephen Colbert 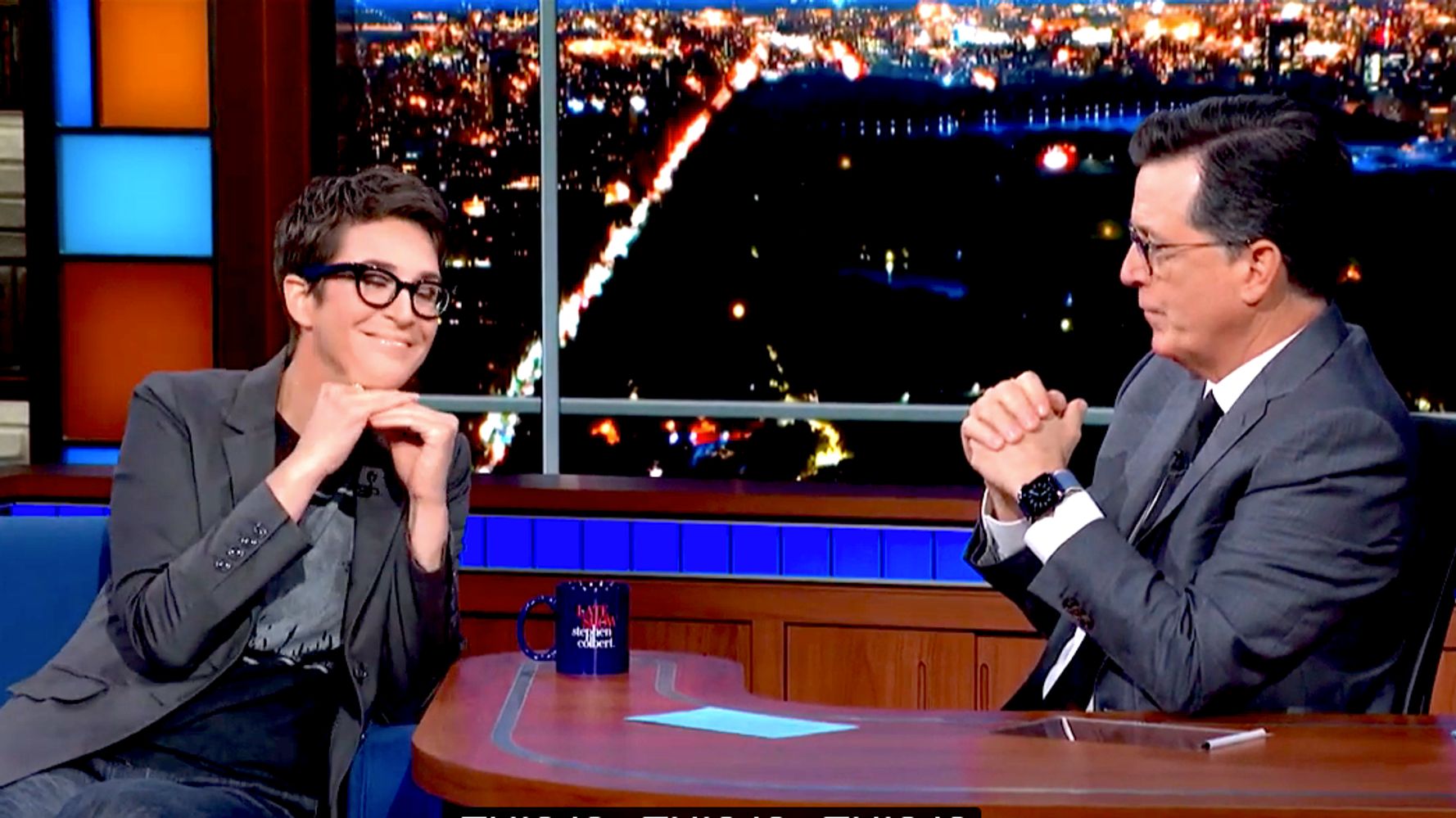 On “The Late Show” Tuesday night, host Stephen Colbert asked the MSNBC personality if she could, as “America’s premier explainer,” give her take on the impeachment proceedings initiated against President Donald Trump last week.

“Are you at all frustrated that the present scandal is so damn simple?” Colbert added.

“You can’t even sleuth your way through it,” Maddow laughed. “In order to find out that Trump called Ukraine, what we had to do is ask Trump, did you call Ukraine? And he said yes, here’s the evidence!”

“He did it, he admits it, and now he’s going to be impeached for it.”

The “Rachel Maddow Show” host also revealed how she ended up in a moon boot, whether she’d have dinner with rival 9 p.m. cable hosts Sean Hannity and Chris Cuomo, and how she feels covering her “first impeachment at the rodeo.”

Trump Campaign, RNC Raise $125 Million In The Third Quarter Of 2019