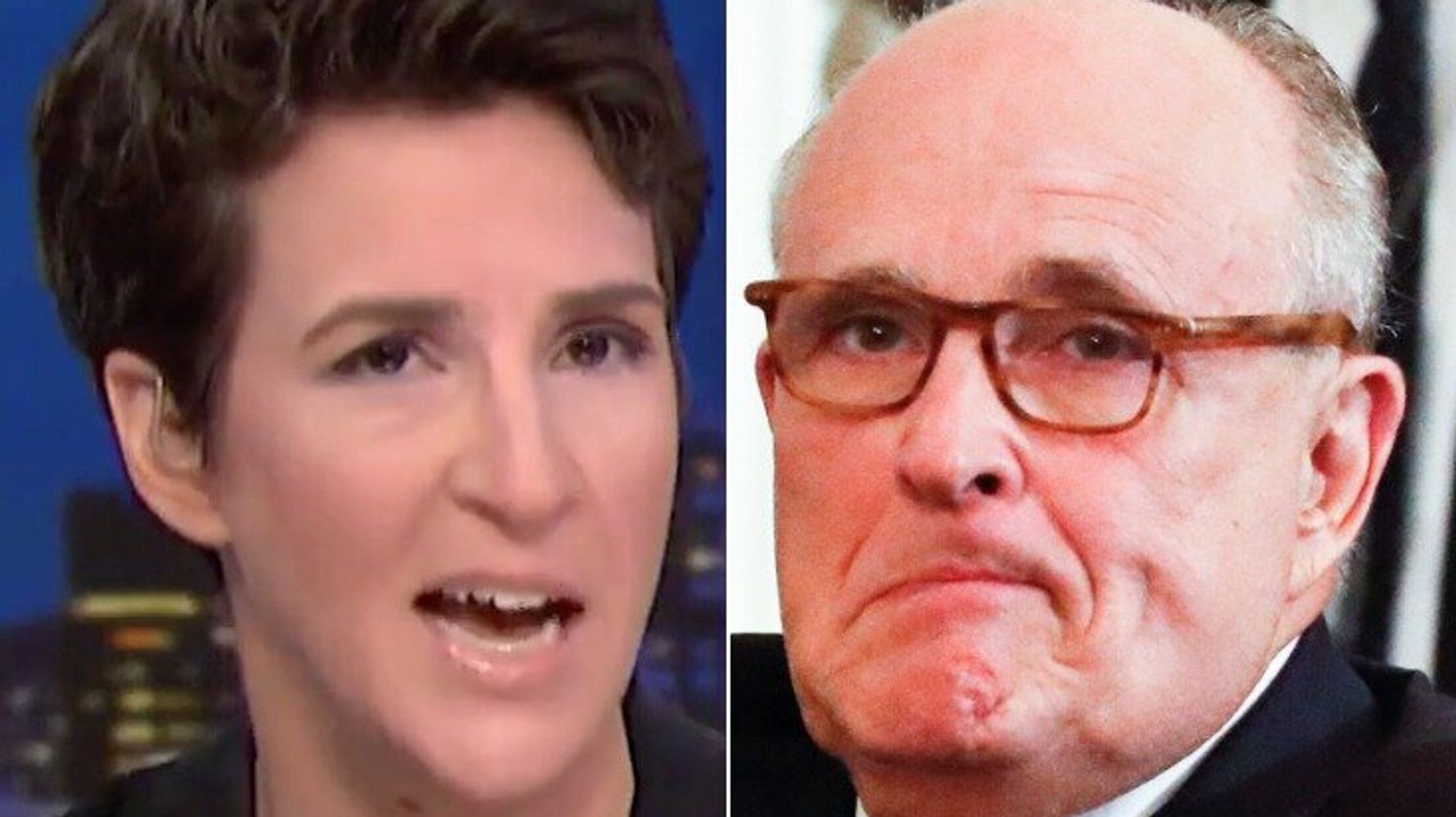 Rachel Maddow on Tuesday warned that the future wasn’t looking very good for former New York Mayor Rudy Giuliani and those around him.

President Donald Trump recruited Giuliani ― acting as his personal attorney ― to assist in pressuring Ukraine into investigating Democrats, part of a sequence of events now under examination in the House impeachment inquiry. But earlier this month, two Giuliani associates linked to the Ukraine scheme were indicted on federal campaign finance charges. Last week, a third man associated with Giuliani was arrested in the campaign finance case.

And this week, The New York Times reported that Giuliani was a “person of interest” in at least two federal investigations.

Maddow summed it up with a vivid image of prison life:

Everybody involved with Rudy Giuliani in this scheme … is either already modeling the latest in GPS ankle monitors or is nevertheless looking forward to a future career as a fine distiller of prison wine made from toilet water, old fruit and packets of sugar.

But Maddow said it didn’t end there.

“The president himself is basically perfectly exposed at this point,” she said, as claims that Trump was “immune” from investigation crumble amid the House impeachment inquiry.

See her full analysis above.