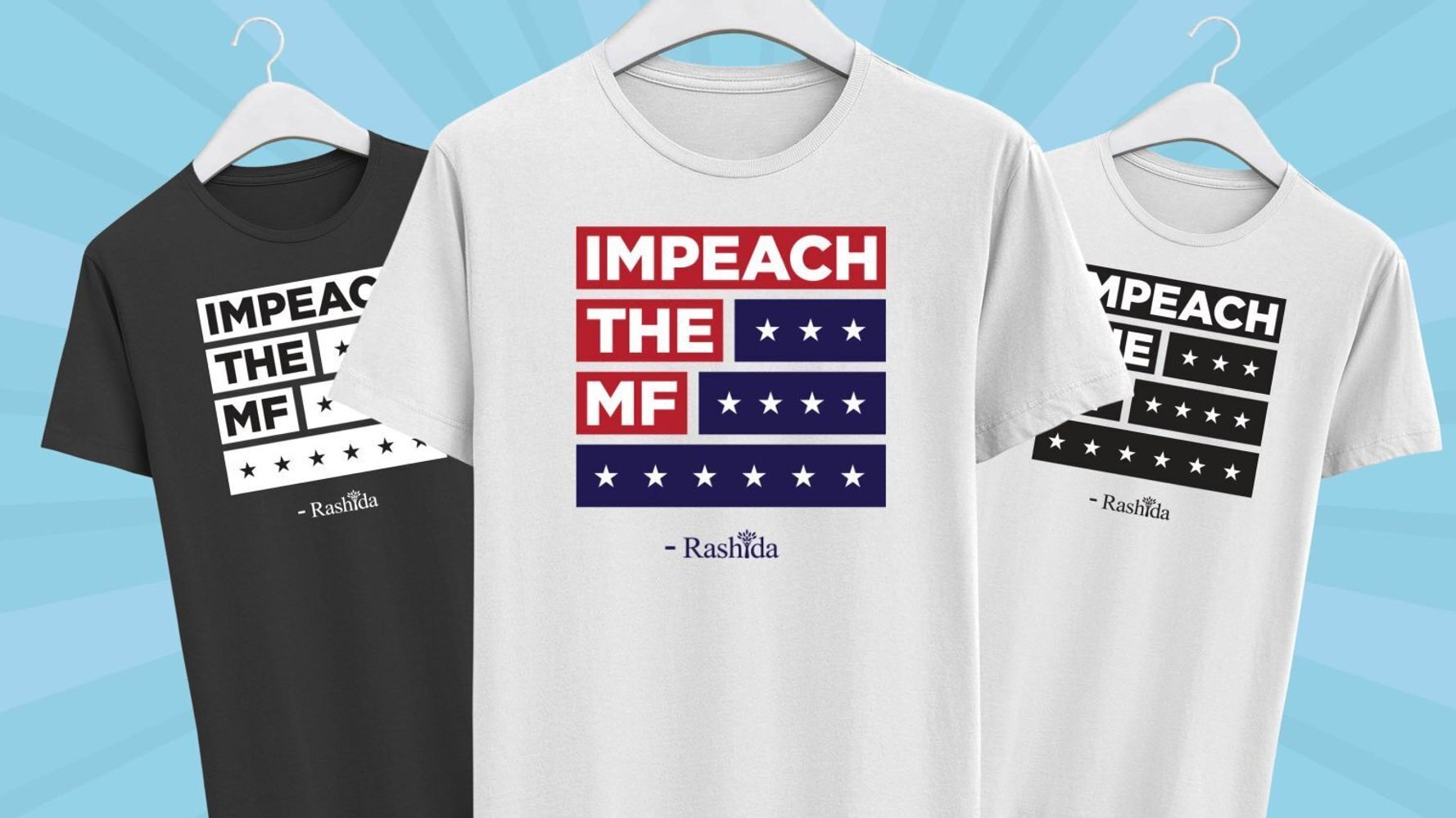 Rep. Rashida Tlaib (D-Mich.) was both applauded and chided earlier this year for using explicit language to lambaste President Donald Trump. Now, in the wake of the formal impeachment inquiry into the president, the freshman Democratic congresswoman is leaning into her infamous declaration.

Referring to Trump, Tlaib had told supporters in January that “we’re gonna impeach the motherfucker.” On Thursday, she unveiled a range of merchandise inspired by those words.

“Impeach the MF,” reads a new line of T-shirts being sold by Tlaib’s reelection campaign.

“Lean in with me to hold this lawless President accountable. Together, we will fight back and protect our democracy,” Tlaib tweeted, adding: “And yes you can even wear what you feel.”

Lean in with me to hold this lawless President accountable. Together, we will fight back and protect our democracy.

Our country depends on it!

…and yes you can even wear what you feel https://t.co/8C3BUfp1kf pic.twitter.com/QwBADidAHo

The T-shirts were met with a mixed reception. Several supporters praised the design and vowed to buy one for themselves, but some critics found fault with the salty language and accused the congresswoman of not taking the impeachment process seriously.

Tlaib responded to the criticism on Friday.

“Impeachment is serious ― I know this,” she said on Twitter. “But it is a mistake to try to equate t-shirts with the destruction of our democracy or try to paint those who’ve risked our safety calling for it, as not taking it seriously.”

“Instead of the t-shirts, focus on this President’s criminal, impeachable behavior,” Tlaib added in another tweet.

If there is anyone who takes impeachment seriously it is myself & the people I fight for everyday. Whether or not you agree with the expression, the t-shirts are to bring levity to my supporters. A senior in my district said, “It feels liberating.” (2/4)

During the call, Trump pressed Zelensky to dig up dirt on Joe Biden, his potential opponent in the 2020 election. Trump has vehemently denied any wrongdoing.