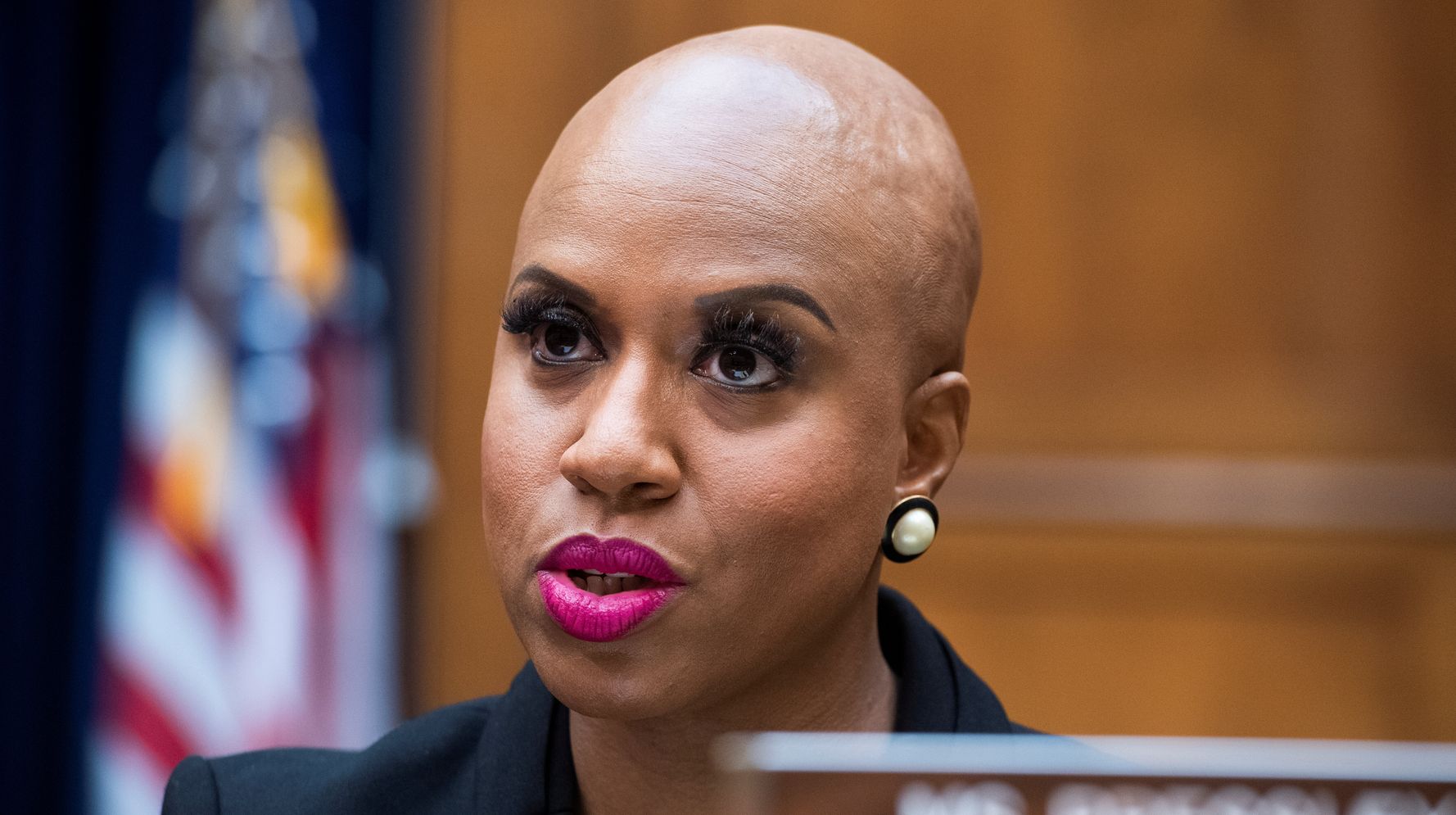 Rep. Ayanna Pressley (D-Mass.) on Sunday described her terror as she hid during the Capitol attack from a violent insurrectionist mob, as she called on the nation to address the scourge of white supremacy in America.

“As a Black woman, to be barricaded in my office using office furniture and water bottles on the ground in the dark, that terror, those moments of terror, is familiar in a deep and ancestral way for me,” she told CNN’s Jake Tapper on “State of the Union” Sunday, looking back on her experience during the Jan. 6 riot led by supporters of former President Donald Trump, many of whom waved Confederate flags or carried other symbols of white supremacy as they terrorized the occupants of the Capitol.

“One of the images that I’m haunted by is the black custodial staff cleaning up the mess left by that violent white supremacist mob. That is a metaphor for America,” Democratic Rep. Ayanna Pressley discusses the Jan. 6 attack on the US Capitol and impeachment #CNNSOTU pic.twitter.com/t9tHHtcGwv

Pressley’s comments come ahead of Trump’s Senate impeachment trial this week. The upper chamber will decide whether to convict or acquit the former president on a single charge of incitement of insurrection, which the House impeached him for last month.

Trump will most likely be acquitted. Just five Republicans joined all Democrats last month in a vote affirming the constitutionality of holding a trial for a president who has left office.

But Pressley argued that “if we really believe that this is a moment of reckoning in every way,” then Trump must be held accountable for his actions because “as a country have we been turning the page.”

“Because he is culpable for having incited this insurrection by perpetuating this big lie. This House has twice done its job. He will forever be the twice-impeached president,” she said.

“And now the Senate must honor their oath and impeach” Trump, she continued, calling on senators to convict him and also prevent him from ever holding office again. If Trump is found guilty, the Senate can, under the Constitution, bar him from holding future federal office.