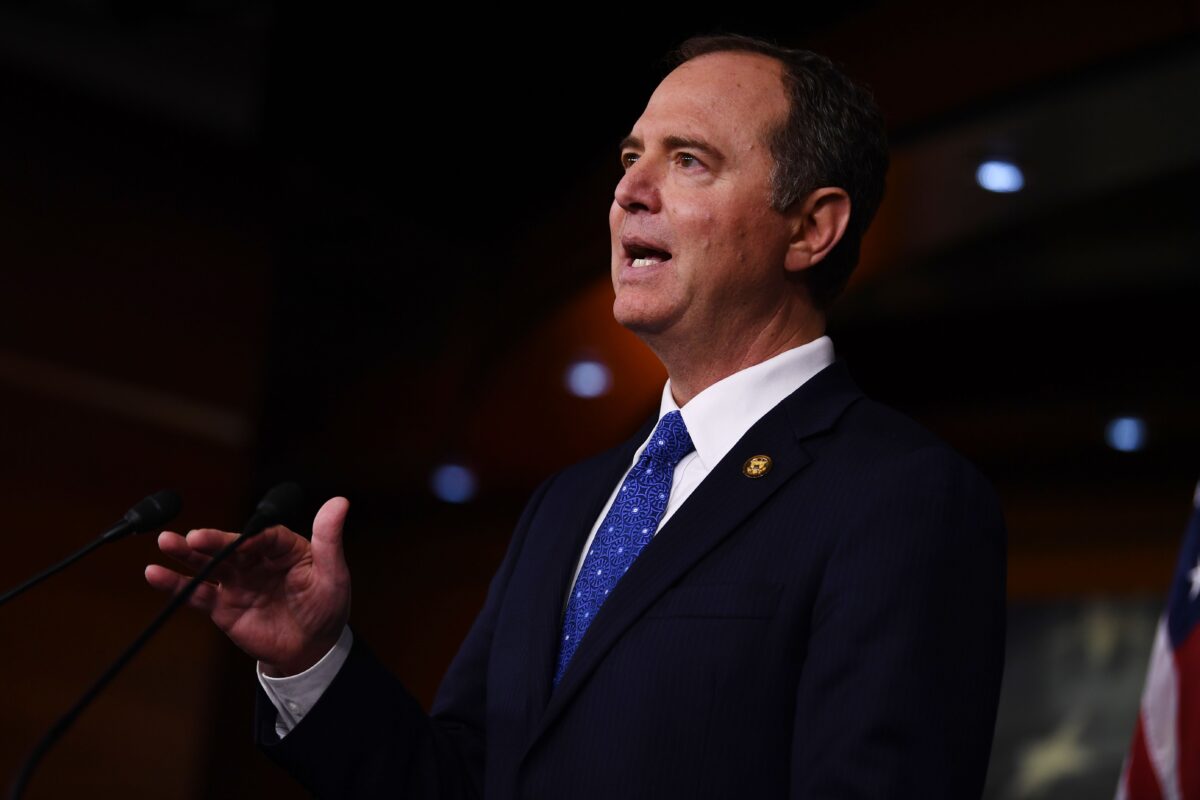 A spokesperson told RealClearPolitics that phone calls to President Donald Trump’s personal lawyer, Rudy Giuliani, did not come from inside the Office of Management and Budget (OMB).

“No one from OMB has talked to Giuliani,” the spokesperson said.

Schiff’s team had claimed that Giuliani had contact with a number inside the OMB, where military aid to Ukraine was temporarily withheld for review. That information was part of Schiff’s 300-page report on impeachment that was later sent to the House Judiciary Committee this week.

His report noted that they were not able to figure out what OMB official was associated with the number that Giuliani was calling.

The Wall Street Journal reported that the so-called OMB phone number was not directly associated with the agency. Giuliani could have called another part of the White House instead.

The number was a general White House switchboard number, which makes it difficult to determine who Giuliani, a former prosecutor and mayor of New York City, was actually calling, according to The New York Times.

“While government directories list it as associated with the budget office, they also show the number as associated with offices in other parts of the White House, including the upper floors of the West Wing and the National Security Council,” The New York Times reported.

Records showed that Giuliani spoke with no one at the OMB around the times of the phone calls in April and August, the report also states.

But the disputed phone number and Giuliani’s calls are being used to claim evidence of his involvement and contact with the White House as the $400 million in aid was being withheld. Democrats have said the aid to Ukraine was being held up in exchange for politically advantageous investigations and therefore constitutes a quid pro quo, which Trump and Ukrainian officials have denied, it was reported.

Giuliani has denied engaging in any quid pro quo pressure campaign to secure investigations into former Vice President Joe Biden and son Hunter Biden, who had a lucrative board member position at Ukrainian energy firm Burisma Holdings. The firm and its founder have both been investigated for corruption.

According to RealClearPolitics, Giuliani said he doesn’t remember calling the OMB.

“Attempts to call that number are met with an automatic message saying the number isn’t in service,” the Wall Street Journal reported. “Each time Mr. Giuliani called the number identified as associated with OMB, the call didn’t appear to connect, according to the report.”

A Democratic official said that they don’t know who was being called because the Trump administration didn’t adhere to Schiff’s subpoenas.

“The call records obtained by the Committees identified a number that appears to be ‘associated with OMB’ based on public directories,” a Democratic official told RealClearPolitics about the phone calls. “As we have made clear since the report was released, we are continuing to investigate these call records as part of our ongoing work.”

How Schiff obtained the phone calls has also been under scrutiny.

“There does not appear to be any basis to believe that a congressional committee is authorized to subpoena telephone records directly from a provider—as opposed to an individual,” former Attorney General Michael Mukasey told the Wall Street Journal.

On Thursday morning, Speaker Nancy Pelosi (D-Calif.) announced her caucus would go ahead and draft articles of impeachment against President Trump.