Republican On House Intelligence Committee: ‘Why Should I Care’ About 2nd Whistleblower? 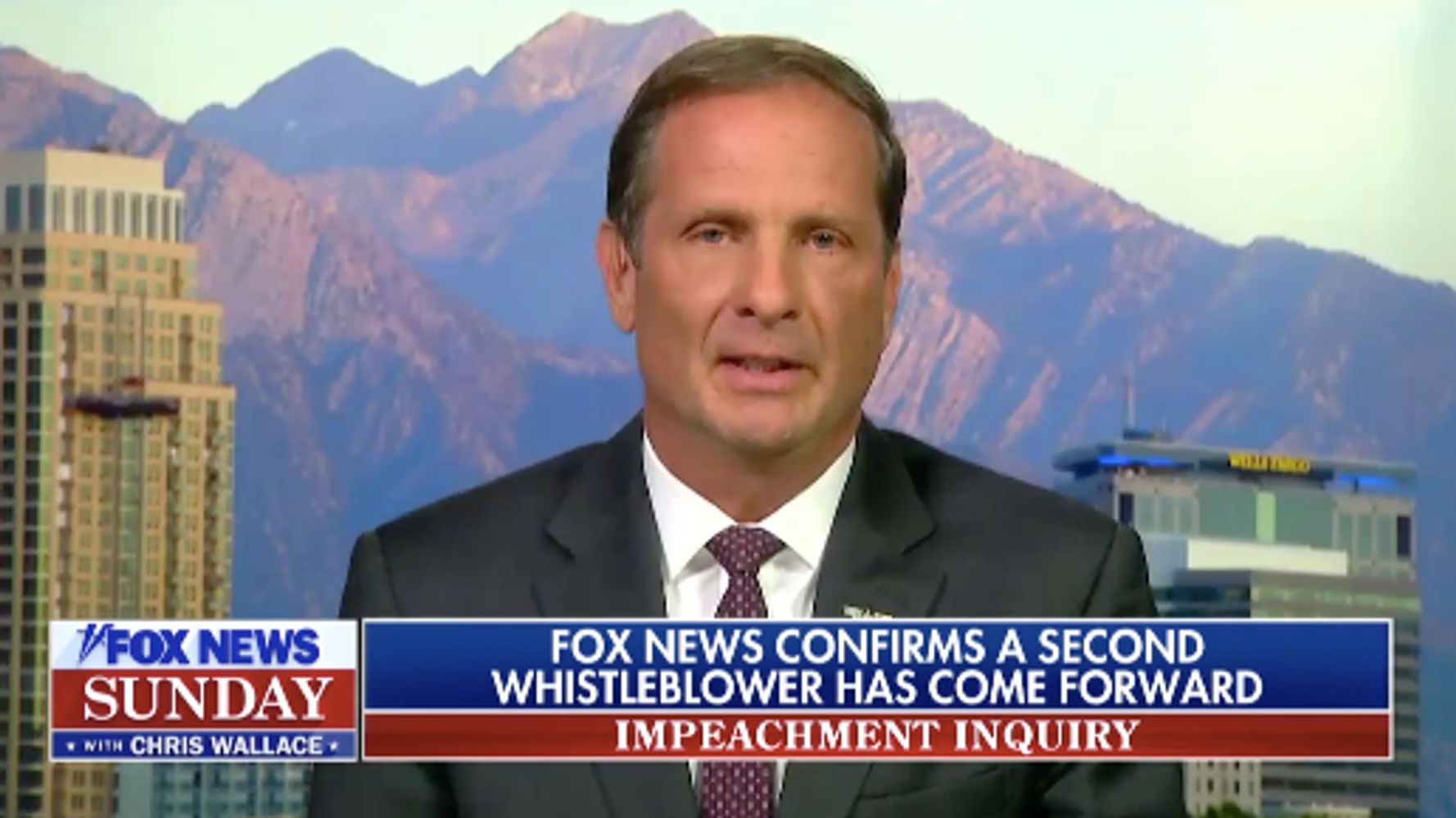 Rep. Chris Stewart (R-Utah), a member of one of the three House committees investigating President Donald Trump’s dealings with Ukraine, said he’s “not at all” concerned that a second whistleblower has come forward.

Attorneys representing the first whistleblower, a U.S. intelligence operative whose identity has not been publicly released, confirmed Sunday that a second person has corroborated some of the allegations regarding Trump’s July phone call with Ukrainian President Volodymyr Zelensky.

During Sunday’s episode of “Fox News Sunday,” host Chris Wallace reported that the second whistleblower presented the inspector general for the intelligence community with firsthand information about the call.

“Does that concern you?” he asked Stewart, a member of the House Intelligence Committee.

“Well, actually, not at all,” Stewart said. “One of our concerns has always been there hasn’t been firsthand knowledge of this. The first whistleblower ― virtually everything he accused was second and thirdhand knowledge.”

“But Chris, it does not matter,” he continued, adding that he believed the second whistleblower would only confirm the call happened. “Why should I care at all what his perspective … of this transcript is?”

Wallace reminded Stewart that the first whistleblower expressed concern over more than just the phone call and alleged Trump may have withheld military aid in an effort to get Ukraine to investigate former Vice President Joe Biden, his potential Democratic opponent in the 2020 election.

The whistleblower complaint prompted House Speaker Nancy Pelosi (D-Calif.) to announce a formal impeachment inquiry into Trump, who has defended his conversation with Zelensky as “perfect” and last week called on China to investigate Biden as well. He has claimed that his interest in investigating Biden is about “corruption” and has nothing to do with the 2020 election.

“Can you tell me of any other instance during the time President Trump has been in office where he asked a foreign leader to investigate a specific American on the issue of corruption?” Wallace asked Stewart on Sunday.

The congressman responded that Attorney General William Barr had done so.

“No, no, no,” Wallace interrupted. “I said President Trump. Can you tell me of another instance where President Trump on a conversation … has publicly or privately asked a foreign leader to investigate a specific American?”

Stewart claimed there’s “no difference” between Trump and Barr asking a foreign leader to investigate an American on allegations of corruption.