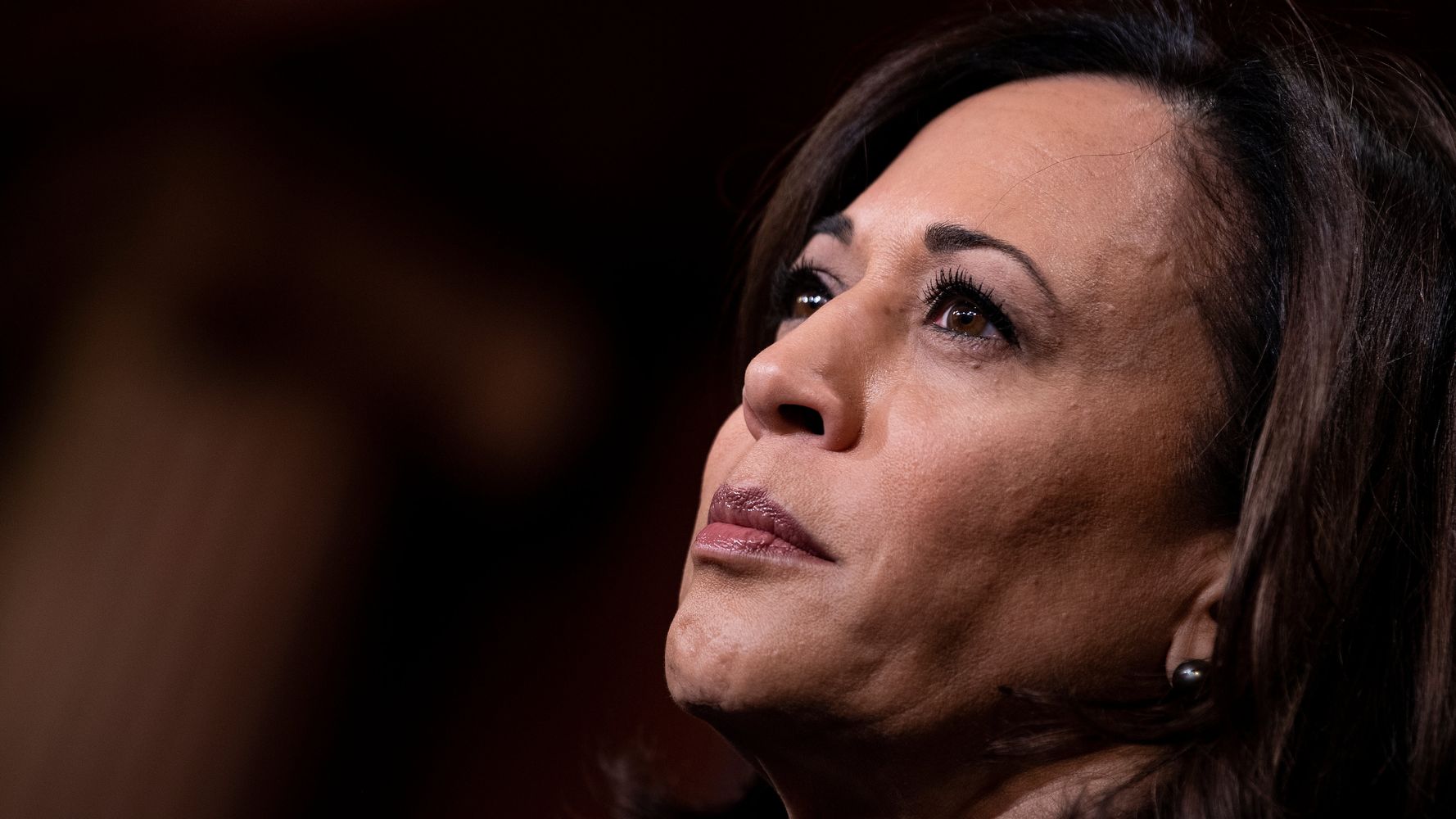 Within minutes of Joe Biden’s announcement that Kamala Harris would be his running mate on the Democratic presidential ticket, prominent voices in the right-wing media and the Trump administration started pushing the narrative that Harris is the one who’s really in charge. This was not some sudden recognition of female empowerment or a nod to just how historic the pick is; rather it was a deliberate prelude to launch misogynistic and racist gutter attacks that the right has been unable to make against Biden.

Donald Trump Jr. immediately tweeted out the hit video from father’s reelection campaign on the Democratic senator with the line: “Might as well switch the hashtag to #HarrisBiden2020,” adding that she will be calling all the shots, “not slow Joe!”

Fox News’ Greg Gutfeld even posited that Biden will drop out soon to make way for Harris. “When he drops out, does she move to become the ‘P’? Or does she stay at VP, or they put something else in there?” he asked Tuesday.

Biden is more moderate than Harris, allowing the right to fuel fears of a radical left agenda taking over the Democratic ticket. But these attacks also opened the floodgates to a deluge of racism and misogyny, two hallmarks of President Donald Trump’s campaign style.

Unfortunately, it works: Trump launched his career on birtherism, and sexism was one of the key factors that helped him win the 2016 presidential election. Trump was wildly misogynistic throughout that cycle’s campaign, infamously calling Hillary Clinton “a nasty woman” during a debate. Nor was his campaign derailed when he was heard on leaked 2005 audio admitting to grabbing women “by the pussy” ― just one example of his long history of sexist remarks.

Trump and the right-wing media are already employing these tactics now that there’s a woman of color in the race.

Conservative media has jumped on the bandwagon that Harris is meritless and chosen for the ticket because of her race and gender; chalking up the pick as a typical affirmative action hire. “[Biden] viewed the whole thing as a box-checking exercise for the ‘woke’ crowd. He should have made his choice just on merit but now he’s stuck with Harris,” Fox News’ Laura Ingraham said.

Gutfeld took a similar approach, complaining that people won’t be allowed to criticize Harris because it will be seen as racist or sexist. “Any criticism that will be leveled at [Harris] will be viewed as sexist or racist. She’s got the bi-fecta going,” Gutfield said during a Fox News segment.

Fox News anchor Martha MacCallum said that focusing the running mate search on women of color “takes away” from the selection process. In the same segment, senior Trump campaign adviser Katrina Pierson lamented, “Wouldn’t it be nice to focus just on qualifications instead of identity politics?”

Conservative media host Mark Levin and far-right conspiracy theorist Dinesh D’Souza both immediately launched into a perverse new birtherism claim, declaring that Harris ― who is half Indian and half Jamaican ― is not actually Black.

D’Souza also questioned if Harris is Black, citing that her Jamaican father apparently traced his ancestry back to a prominent slave owner.

Fox News host Tucker Carlson made headlines for deliberately mispronouncing Harris’ first name while criticizing her on his Tuesday evening show. When a guest attempted to correct him, Carlson blew up and complained, “You’re not allowed to criticize Kamala Harris or Kamala Harris or whatever!”

The Trump world’s approach to Harris was somewhat scattershot, with the Biden campaign counting at least 20 lines of attack the president’s campaign used against her. Apparently it’s still trying to figure out how to best smear her. But racism and misogyny were central to the attacks.

Harris’ aggressive questioning of Brett Kavanaugh during his Supreme Court confirmation hearing in 2018 was fodder for criticism, as well. Trump called Harris “very, very nasty,” adding that as a member of the Senate Judiciary Committee, she was “extraordinarily nasty” to Kavanaugh during the hearing. He added that Trump he “won’t forget” anytime soon.

Former White House press secretary Sarah Huckabee Sanders said on a Fox & Friends segment that Harris was “cruel” to Kavanaugh, calling him “a good and decent person” who Harris attempted to “destroy” with “malicious lies.” And right-wing media outlet Breitbart already ran a full article claiming that Harris led a “smear campaign” against Kavanaugh as the now-high court justice was questioned about accusations that he sexually assaulted an acquaintance during his high school years.

Trump himself ― as well as his daughter, Ivanka ― have actually donated money to Harris. He donated a total of $6,000 to her campaign for California attorney general in 2011 and 2013.

According to Pierson, these old donations are definitive proof that Trump is not racist.

“The president, as a private businessman, donated to candidates across all aisles,” she told reporters on Tuesday, “and I’ll note that Kamala Harris is a Black woman and he donated to her campaign, so I hope we can squash this racism argument now.”

Less than 24 hours later, Trump tweeted that the Biden-Harris ticket would be bad for the “suburban housewife” because, if elected, Biden would reinstate low-income housing programs that would create “safety” concerns in suburban communities. And ― to top it off ― Trump warned that in a Biden administration, Sen. Cory Booker (D-N.J.), who is Black, would be in charge of housing policy.