Rudy Giuliani Lashes Out At Just About Everyone But Trump 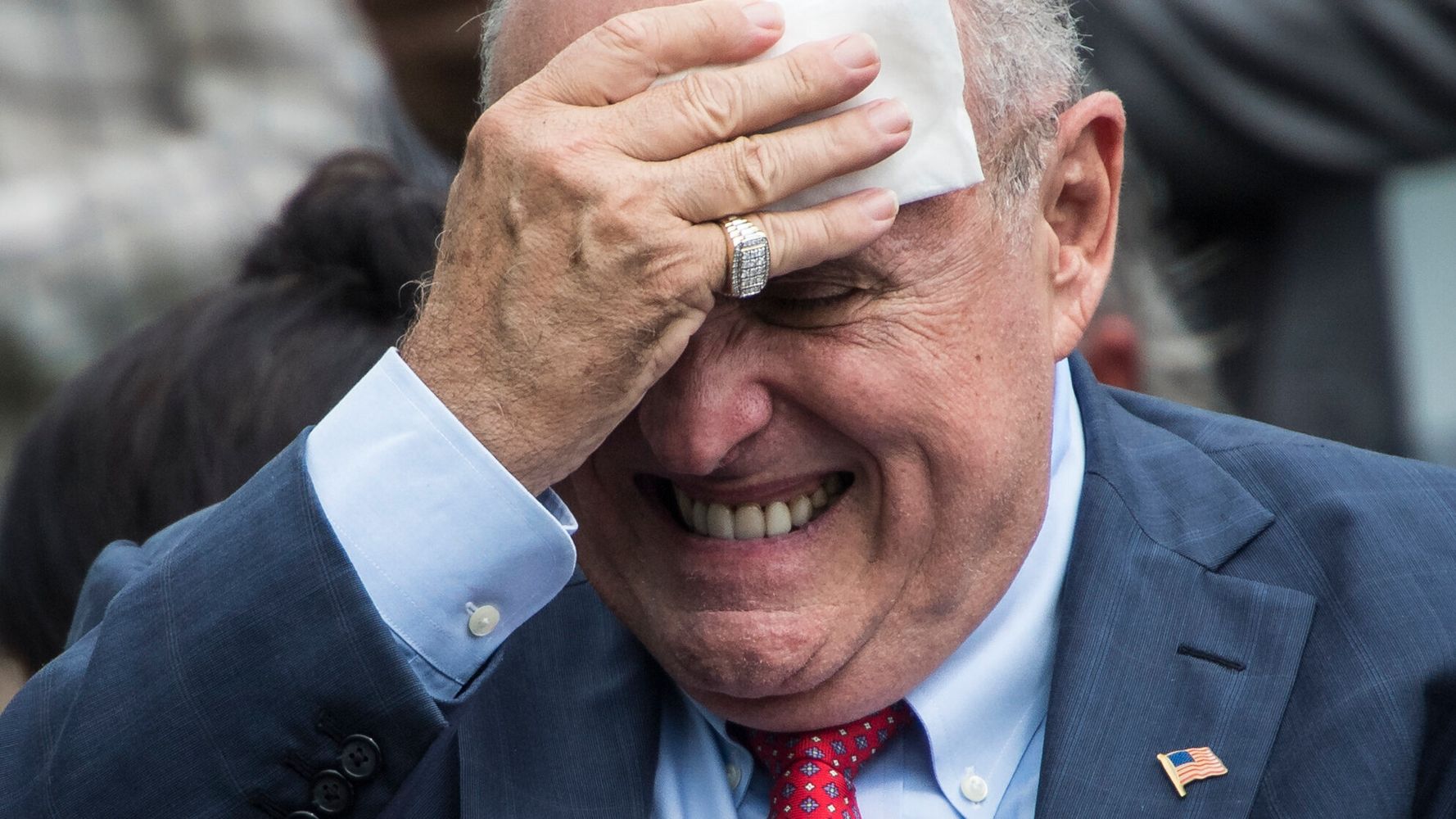 Rudy Giuliani is having a bad week.

Donald Trump’s personal attorney, who has stuck by his side since the campaign, has now found himself at the center of a scandal that could lead to the House voting to impeach a president for only the third time in American history. On top of that, his usual allies look like they’re beginning to turn on him. Reports indicate a number of White House officials are concerned about the extent to which the president’s personal lawyer has involved himself in international affairs.

By the time Atlantic reporter Elaina Plott got him on the phone Thursday morning ― just after a redacted version of the whistleblower complaint at the heart of the impeachment inquiry became public ― he was in an agitated state.

“It is impossible that the whistleblower is a hero and I’m not,” Giuliani told The Atlantic in a tone Plott described as “very angry.”

He continued: “And I will be the hero! These morons — when this is over, I will be the hero.” Plott said the president’s lawyer then unleashed a torrent of rage against the Biden family, Hillary Clinton, Barack Obama, the media and the so-called “deep state.”

Among those who believe Giuliani has become a liability is Secretary of State Mike Pompeo and other State Department officials, according to journalists with The New York Times and The Washington Post.

“Rudy ― he did all of this,” an unnamed U.S. official told the Post. “This shitshow that we’re in ― it’s him injecting himself into the process.”

Faced with similar criticism from an unnamed former White House official, Giuliani told The Atlantic his critics were “a bunch of cowards,” and that Trump thinks so too. He cited “a bunch of friendly text messages” requesting and then thanking him for help of an unspecified nature, but did not provide the messages to the outlet.

The newly released whistleblower report outlines Giuliani’s efforts to convince Ukrainian officials to investigate Trump rival Joe Biden ahead of the 2020 election, and to suss out information related to a 2016 election conspiracy theory.

Whether Giuliani has a government security clearance remained unclear hours later, after The Daily Beast spoke with him about acting Director of National Intelligence Joseph Maguire’s congressional testimony. Shortly before, in front of the House Oversight Committee, Maguire had stressed the necessity of vetting people who conduct diplomatic or intelligence work of the sort it appears Giuliani attempted to conduct.

Maguire said he did not know whether Giuliani had clearance or not.

The Daily Beast reported that the attorney “dodged several attempts” to answer a question about whether he has a security clearance, but did claim via text message that he was “never given classified info.”

In another message, Giuliani had this to say about the question of his security clearance: “Doesn’t matter keep chasing irrelevant info.”

He then appears to have taken his frustration to Twitter, knocking the whistleblower’s credibility because that person’s complaint was based on information received from others.

“Under Anglo-American law, that is described as hearsay,” Giuliani wrote.

In large part to counter questions about the whistleblower’s credibility, The New York Times has reported﻿ that he is an officer with the CIA most likely trained as an analyst.

Giuliani then bashed House Intelligence Committee Chairman Adam Schiff (D-Calif.), saying that it was the congressman who should be investigated. Schiff’s committee and others in the House have signaled their intent to subpoena Giuliani for information related to the whistleblower complaint.

“Suppose I was representing Hillary Clinton, there would be a civil liberties revolt about intimidating a lawyer in the performance of his duties. That’s ok, I fully expected it,” Giuliani wrote.