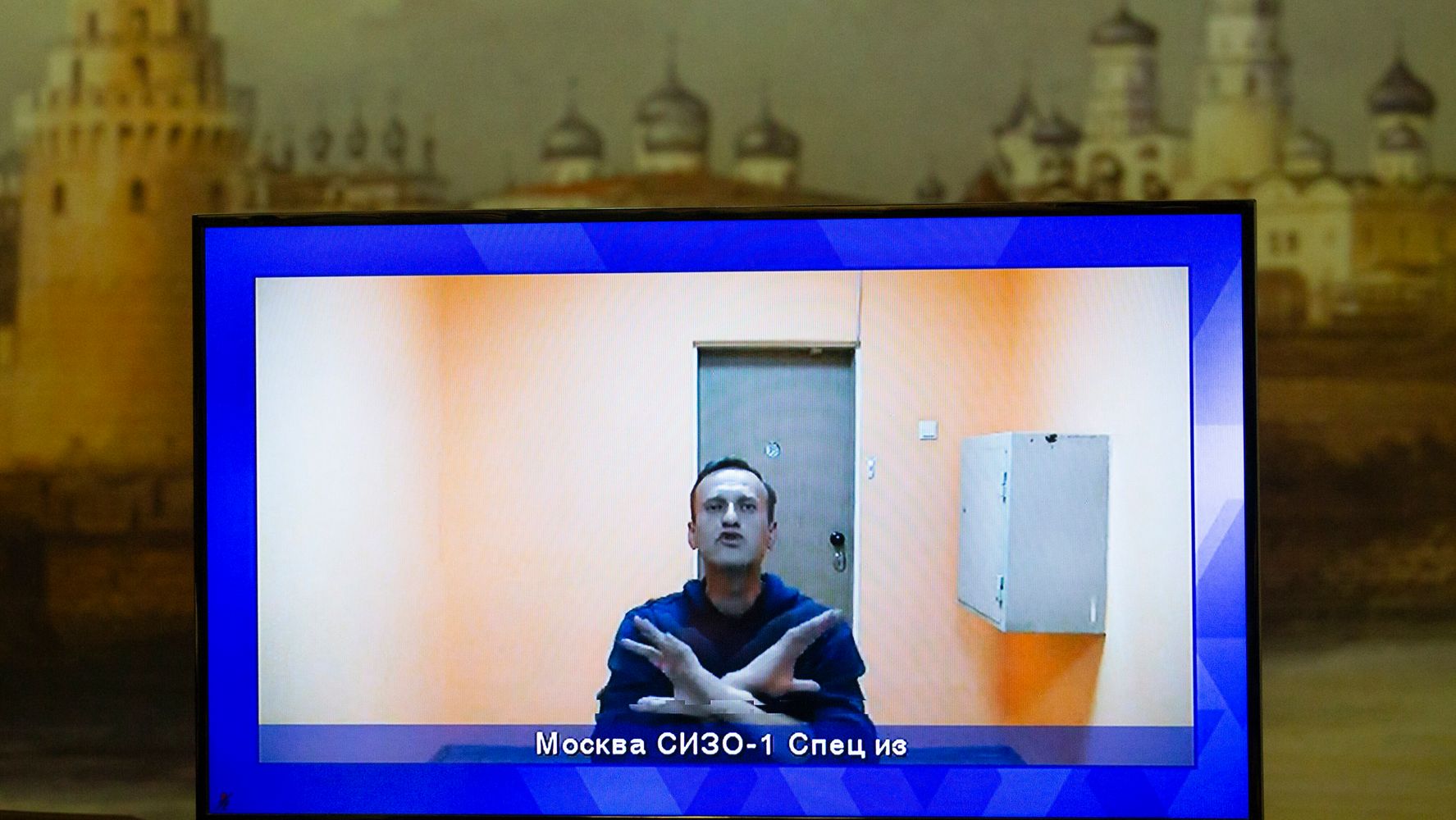 MOSCOW (AP) — A Russian court on Thursday rejected opposition leader Alexei Navalny’s appeal against his arrest while authorities detained several of his allies and issued warnings to social media companies after tens of thousands swarmed the streets in over 100 Russian cities last weekend demanding his release.

Speaking to court via video link from jail, Navalny denounced criminal proceedings against him as part of the government’s efforts to intimidate the opposition.

“You won’t succeed in scaring tens of millions of people who have been robbed by that government,” he said.

The 44-year-old Navalny, the most well-known critic of President Vladimir Putin’s government, was arrested Jan. 17 upon his return from Germany, where he spent five months recovering from nerve-agent poisoning that he blames on the Kremlin. Russian authorities have rejected the accusations.

Navalny was arrested for 30 days on request by Russia’s penitentiary service, which charged that he had violated probation terms from a suspended sentence on a 2014 money-laundering conviction, which he rejected as politically driven. He now also faces accusations in two separate criminal probes.

The Moscow Region Court on Thursday rejected his appeal against the arrest.

During the court hearing, Navalny’s defense argued that he was undergoing rehabilitation in Germany and so was unable to register with authorities as required by probation terms during the period. His lawyers also contested his arrest, charging that due process was repeatedly violated.

The detention of Navalny’s brother Oleg, his top ally Lyubov Sobol, Dr. Anastasia Vasilyeva from the Navalny-backed Alliance of Doctors and Maria Alyokhina from the Pussy Riot punk collective comes as authorities try to stem another wave of protests set for Sunday.

All four were detained for 48 hours as part of a criminal probe into alleged violations of coronavirus regulations during the weekend’s protests.

The overnight detentions of Navalny’s allies came after more than a dozen searches of apartments and offices of his family, associates and supporters in connection to the ongoing probe into violations of coronavirus restrictions during the weekend protests. Those sites included Navalny’s apartment, where police detained his brother, and a rented apartment where Navalny’s wife, Yulia, has been living.

Putin’s spokesman Dmitry Peskov said the searches and detentions were a legitimate part of police efforts to investigate the alleged violations during Saturday’s rallies.

“The state doesn’t want the social networks to become a platform for promoting such illegal actions,” Peskov said.

Asked if their refusal to remove such content could prompt Russian authorities to block them, Peskov responded it would be up to relevant government agencies to consider a response.

“All pros and cons will be weighed and, if necessary, measures envisaged by the law will be taken,” he said.

In a challenge to Putin two days after Navalny’s arrest, his organization released an extensive video report on a palatial seaside compound allegedly built for the president. It has been viewed over 98 million times, further stoking discontent.

Demonstrations calling for Navalny’s release took place in more than 100 cities across the nation last Saturday, a strong show of rising anger toward the Kremlin. Nearly 4,000 people were reported detained at those protests and some were handed fines and jail terms.

Navalny fell into a coma while aboard a domestic flight from Siberia to Moscow on Aug. 20. He was transferred from a hospital in Siberia to a Berlin hospital two days later. Labs in Germany, France and Sweden, and tests by the Organization for the Prohibition of Chemical Weapons, established that he was exposed to the Soviet-era Novichok nerve agent.

Russian authorities have refused to open a full-fledged criminal inquiry, citing a lack of evidence that Navalny was poisoned.

Navalny’s arrest and the harsh police actions at the protests have brought wide criticism from the West and calls for his release.