Sally Yates: Trump Would Rather ‘Fawn Over A Dictator’ Than Defend The Country 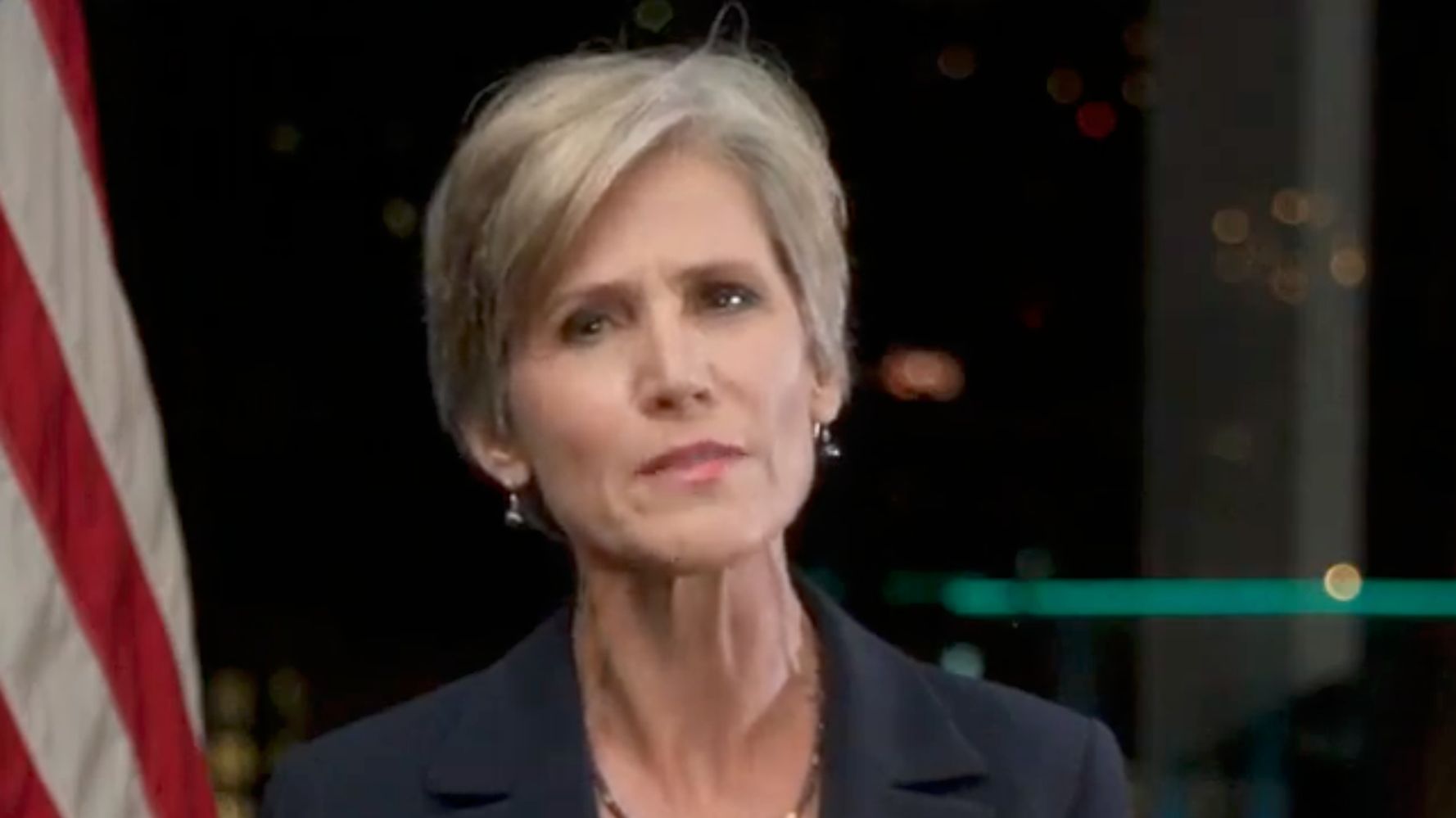 Former Acting Attorney General Sally Yates excoriated President Donald Trump for what she called a relentless attack on democracy in a blistering speech at the Democratic National Convention on Tuesday, urging voters to unite behind former Vice President Joe Biden.

Yates, who was abruptly fired by Trump in January 2017 when she refused to defend his executive order that sought to ban travelers from seven predominantly Muslim countries, called the move just the start of his efforts to undermine “democratic institutions and countless dedicated public servants.”

“From the moment President Trump took office, he’s used his position to defend himself rather than our country,” Yates said Tuesday. “Rather than standing up to Vladimir Putin, he fawns over a dictator who is still trying to interfere in our elections.”

It’s time to build a stronger democracy that represents every American. @SallyQYates knows better than most the consequences of having a President who doesn’t work to protect our Democracy. That’s why she is supporting @JoeBiden. pic.twitter.com/9eFToHUUBq

Like many other speakers during the first day of the DNC, Yates also took aim at Trump’s ongoing efforts to hamstring the U.S. Postal Service and undercut mail-in voting, likening such moves to “sabotage.”

“They all have one purpose: to remove any check on his abuse of power,” Yates said. “Put simply, he treats our country like it’s his family business, this time bankrupting our nation’s moral authority at home and abroad. But our country doesn’t belong to him. It belongs to all of us.”

The former Justice Department official cast Biden as the antithesis of Trump, someone who “respects our laws and the privilege of public service.”

“He’s spent his entire life putting our country first. He has never backed down from a challenge or a bully,” Yates said. “We need a president who will restore the soul of America. We need Joe Biden.”

The travel ban Yates refused to defend would be just the opening act of Trump’s extreme anti-immigration agenda. He has since used the coronavirus pandemic to rein in entry for residents of certain countries, temporarily halted the issuance of green cards, suspended some skilled working visas and even proposed banning U.S. citizens and legal residents abroad who are thought to be infected with the virus.

In the months after her firing, Yates became somewhat of a hero to Democrats and those who had defied the president. She gave an impassioned speech at Harvard Law School later that year, saying her decision had been inspired by a moment when “law and conscience intersected.”

“The defining moments in our lives often don’t come with advance warning,” she said at the time. “They can arise in scenarios we would have never expected, and don’t come with the luxury of a lot of time for you to go inside yourself for some serious introspection.”

Yates went on to say she didn’t believe she could resign but rather felt it was her duty to defend the Justice Department and the rule of law.

“I believed then, and believe now, that resigning would have protected my personal integrity, but it would not have protected the integrity of the Department of Justice,” she said.

Yates has since moved to distance herself from being viewed as a leader of the so-called “resistance,” telling The New York Times in 2018 that she had simply done her job.

“That’s not being a hero. There’s an old Southern expression, ‘You don’t congratulate a man for not robbing a bank,’” she said. “I also don’t think that you necessarily canonize someone for doing his or her job, either.”

“If that makes me part of the resistance, then so be it,” she continued. “But that’s not, like, a career goal of mine.”