San Francisco Will Get Environmental Violation Notice Due to Trash From Homeless, Trump Says 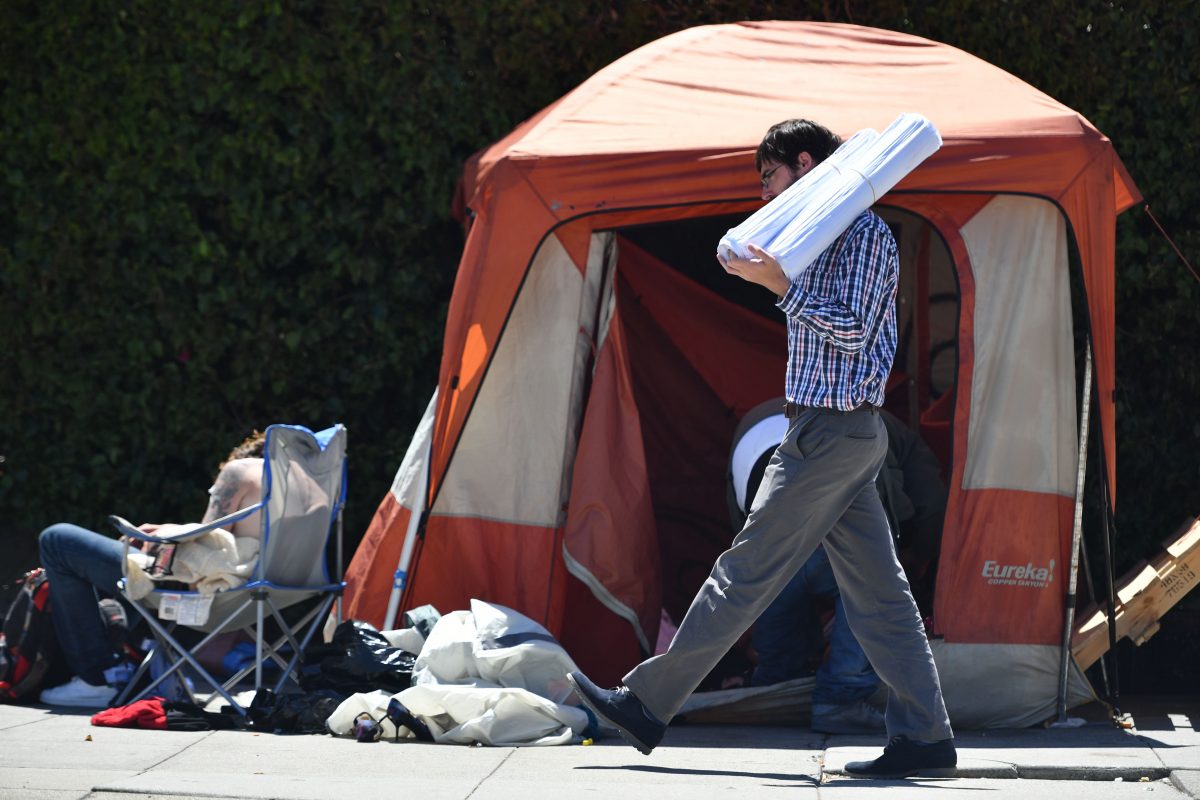 The Environmental Protection Agency (EPA) will issue a violation notice within a week to San Francisco due to the city’s homelessness crisis, President Donald Trump said on Sept. 18.

“EPA is going to be putting out a notice,” he added. “They’re in serious violation.”

“They have to clean it up. We can’t have our cities going to hell.”

During the latest federally mandated count of homeless people in San Francisco in January, 8,011 people were found living on the streets and in shelters, a 17 percent increase from the same time in 2017, according to a report. Under the city’s expanded definition of homelessness, a total of 9,700 people were considered homeless in January.

San Francisco has a long-running problem with waste generated by the homeless population, including feces and used needles. The city formed a six-person “poop patrol” squad in 2018 in an attempt to handle the problem. The local government has also set up public restrooms and announced funding to hire people to pick up needles.

San Francisco Mayor London Breed responded to the president’s message on Twitter, writing that the Trump administration has cut funding for homelessness and affordable housing.

“If the President wants to talk about homelessness, we are committed to working on actual solutions, like adding 1,000 new shelter beds by next year and working to pass a $600 million affordable housing bond to create more badly needed housing,” Breed wrote on Sept. 18.

Carson wrote that the Trump administration was already doing its part. He blamed the Golden State’s policies on law enforcement, an over-regulated housing market, and sanctuary policies regarding illegal aliens for driving up housing costs while increasing demand.

“Your letter seeks federal dollars for California from hardworking American taxpayers but fails to admit that your state and local policies have played a major role in the current crisis,” Carson said in response.

California Gov. Gavin Newsom, in a letter on Sept. 16, asked the Trump administration to issue 5,000 additional rental subsidy vouchers. The governor also called for the value of the vouchers to be bumped up to account for the city’s rising housing rental prices.

With close to 60,000 homeless people in Los Angeles County, tents are clustered on sidewalks throughout the city, in vacant lots, and under highway bridges. The state’s other metropolitan areas have similar situations.

Courts have limited what cities can do to clean up encampments.

On Sept. 17, the Los Angeles County Board of Supervisors voted to join an effort to get the U.S. Supreme Court to review a decision that restricts efforts to bar homeless people from sleeping on sidewalks in Western states.

The board voted 3–2 to file a motion supporting Boise, Idaho, in its efforts to overturn a ruling by the U.S. Court of Appeals for the 9th Circuit that said it was unconstitutional to arrest or otherwise sanction homeless people who sleep on sidewalks when there aren’t enough shelter beds.

Supervisor Mark Ridley-Thomas voted in favor, saying he was fed up.

“The status quo is untenable,” he said in a statement. “We need to call this what it is—a state of emergency.”