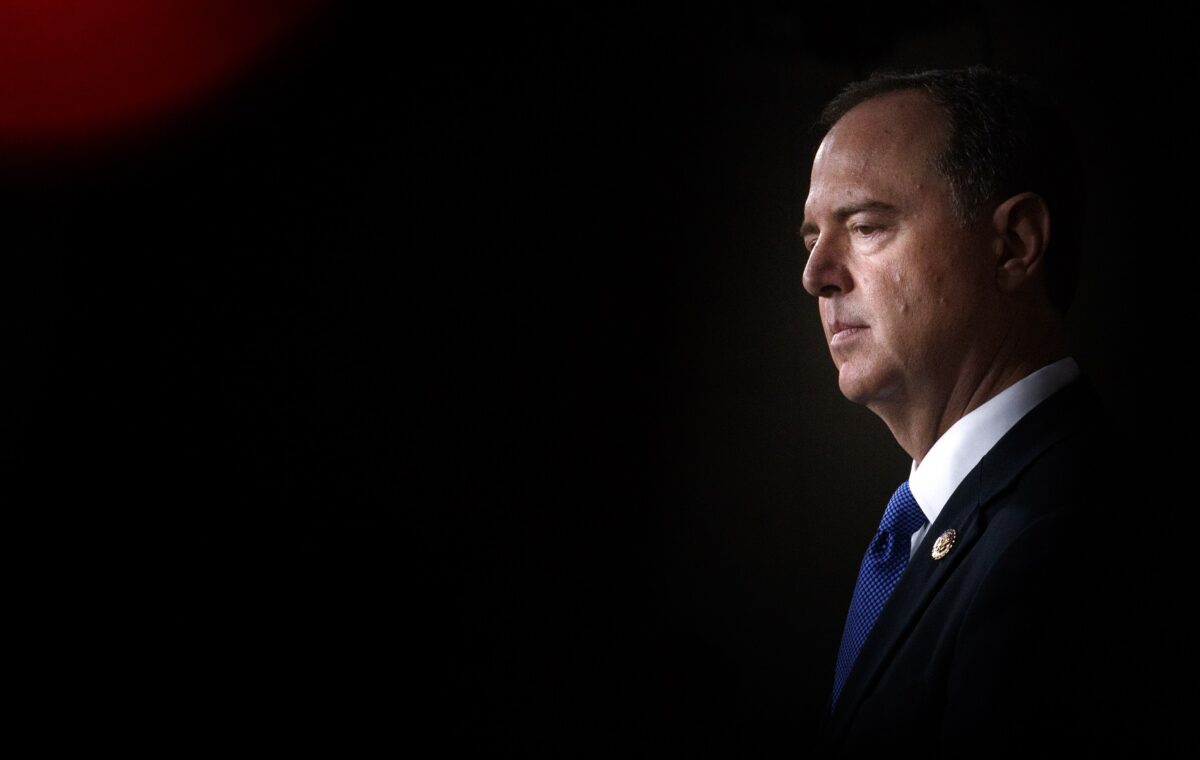 During a weeklong trip to Ukraine in late August, a staff member for Rep. Adam Schiff (D-Calif.) met with the top U.S. envoy in Kyiv, who is now a key witness in the House Democrat-run impeachment inquiry.

Thomas Eager traveled to Ukraine from Aug. 24 to 31 and met with Chargé d’Affaires William Taylor on Aug. 25, according to a travel disclosure form (pdf) filed with the House of Representatives.

Taylor briefed Eager and other staffers about the “political environment in Ukraine, as well as its relations with various partners, especially the United States,” according to an itinerary composed by the Atlantic Council, which sponsored the trip.

The timing of Eager’s trip lines up with major events that are now the focus of the impeachment inquiry. Lawmakers are investigating, in part, whether President Donald Trump’s request for Ukraine to investigate former Vice President Joe Biden and his son, Hunter Biden, was connected to a temporary hold placed on military aid to Ukraine.

Three days after Eager met with Taylor, Politico published a story based on a leak that revealed publicly for the first time, that aid to Ukraine was on hold. According to Taylor’s testimony, Ukrainian officials were unaware of the hold until the leak.

“Amazingly, news of the hold did not leak out until August 29,” Taylor told lawmakers, on Oct. 22.

Politico published the story on Aug. 28 and updated it on Aug. 29. The news outlet claims to have received the leak on Aug. 28 from a “senior administration official.” It’s currently unclear whether Taylor was the leaker or had any involvement in the leaking of the information.

The day after Eager departed Ukraine, Taylor wrote a text message explicitly questioning, for the first time, whether the aid and the Ukrainian president’s potential White House visit were tied to the investigations that Trump sought.

“Are we now saying that security assistance and WH meeting are conditioned on investigations?” Taylor wrote to U.S. Ambassador to the European Union Gordon Sondland on Sept. 1, according to a batch of text messages (pdf) handed over to Congress.

Taylor wasn’t the only one asking whether there was a link between the aid and the probes. Schiff did the same in a Twitter message two hours after Politico published the leak.

“Trump is withholding vital military aid to Ukraine, while his personal lawyer seeks help from the Ukraine government to investigate his political opponent,” Schiff wrote on Aug. 28.

In 2017, the Atlantic Council signed a cooperation agreement with Burisma, the Ukrainian gas firm at the core of the allegations about the Bidens.

During his July 25 call with President Volodymyr Zelensky, Trump requested that the Ukrainian leader look into the firing of a top prosecutor, in relation to Joe and Hunter Biden. In January last year, Joe Biden bragged about forcing the ouster of the prosecutor by withholding $1 billion in U.S. loan guarantees. The prosecutor, Viktor Shokin, who was investigating Burisma at the time, has said in a sworn statement that pressure from Biden led to his firing because he refused to drop the investigation. At the time of Shokin’s removal, Joe Biden was the U.S. vice president and Hunter held a paid position on the board of directors of Burisma.

According to bank records from 2014 and 2015 and released as part of an unrelated lawsuit, a firm controlled by Hunter Biden’s business associate received funds from Burisma and paid more than $850,000 in total to the younger Biden.

According to a statement from his lawyer, Hunter Biden advised Burisma on its “corporate reform initiatives.” One source close to Burisma told Reuters that the money sent to Biden was largely unearned.

“He was a ceremonial figure,” the source said.

Oleksandr Onyshchenko, a businessman and former member of the Ukrainian parliament, told Reuters that the owner of Burisma came up with the idea to appoint Biden to the board “to protect [the company].”