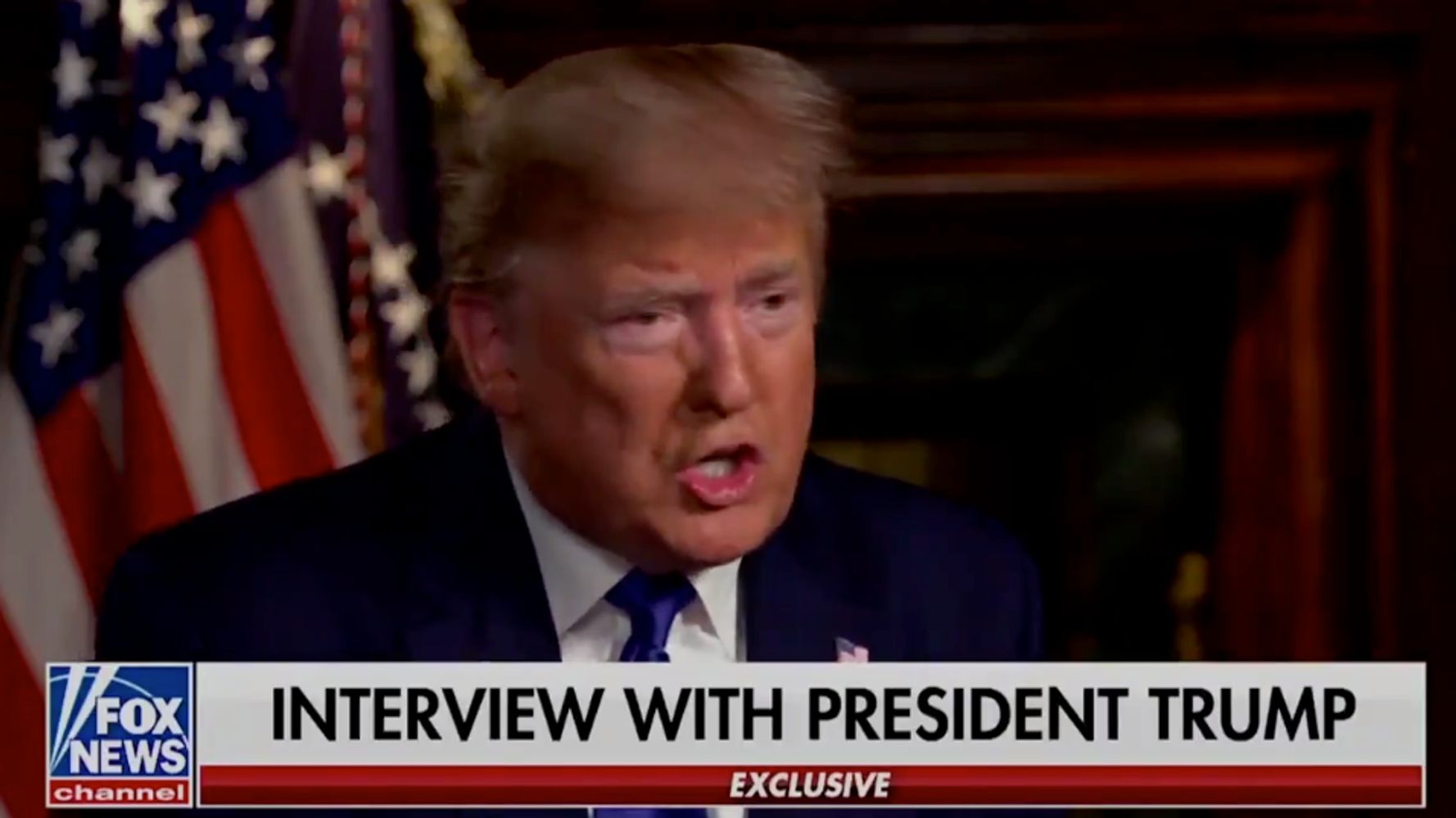 The president mostly answered questions in lightning-round form during the nine-minute clip that aired Sunday afternoon — and almost all the questions related to Trump’s impeachment trial, his 2020 campaign or his Democratic rivals.

Here are some of the highlights from Hannity’s interview with Trump:

On the impeachment trial

Trump was impeached in December on charges of abuse of power and obstruction of Congress. He withheld congressionally approved military aid to Ukraine and tried to coerce the country into announcing an investigation into former U.S. Vice President Joe Biden and his son Hunter Biden.

Trump entered the new year facing a Senate trial that would lead to lawmakers determining whether to remove him from office. The president has repeatedly denied wrongdoing.

“Is this a campaign issue for you? Do you let it go?” Hannity asked Trump. “Do you see a path that you could work with [Senate Minority Leader] Chuck Schumer, [House Speaker] Nancy Pelosi and the Democrats?”

Trump answered that he would like to but that it’s difficult because he sees “the hatred.”

The GOP-controlled Senate is poised to acquit the president on Wednesday after Republicans successfully blocked a measure to call witnesses and other evidence. Members of both parties have said that Trump improperly pressured a foreign government to investigate a political rival, but it’s unlikely the president will be removed from office because enough senators say the behavior doesn’t merit him being removed from office.

On delivering the State of the Union

Trump said he will continue with plans to deliver the State of the Union address on Tuesday despite the looming impeachment vote in the Senate.

Trump was referring to the Veterans Choice program, a private-sector health care program that allows veterans to see providers outside the government-run Veterans Affairs system. But the Trump administration did not pass Veterans Choice ― President Barack Obama did, in 2014. Trump expanded eligibility for the program, allowing veterans to utilize a private doctor if their VA wait is 20 days or their drive to a doctor is 30 minutes. The stipulations were previously 30 days and 40 miles, respectively.

Trump had more to say about Sanders than he did about most other 2020 candidates, as the Vermont senator is one of the Democratic front-runners going into the Iowa caucuses on Monday.

“At least he’s true to what he believes,” Trump said while comparing Sanders to Sen. Elizabeth Warren (D-Mass.). Trump claimed Warren “can’t tell the truth” and believes “everything’s a fairy tale.” Later in the interview, Trump accused Democrats of “rigging the election” against Sanders.

Sanders, back on the campaign trail after a week in Washington for the impeachment trial, told supporters Saturday that he is the Democratic candidate with the best chance of defeating Trump.

“To defeat Donald Trump, who will be a formidable candidate for a number of reasons, we need to have the largest voter turnout in American history. That’s just a fact. If it is a low-turnout election, Trump will win,” Sanders said at Simpson College in Indianola, Iowa. “And I believe that our campaign is the campaign of energy, is the campaign of excitement [and] can bring millions of people into the political process who normally do not vote.”

Trump posted a series of tweets earlier on Sunday in which he called Bloomberg “Mini Mike” and accused him of being “part of the Fake News.”

“Mini Mike is now negotiating both to get on the Democratic Primary debate stage, and to have the right to stand on boxes, or a lift, during the debates,” the president tweeted without evidence. “This is sometimes done, but really not fair!”

Bloomberg’s campaign hit back at the president’s “completely made up” claim about asking for a box to stand on at the debate.

“The president is lying,” Bloomberg spokesperson Julie Wood told HuffPost. “He is a pathological liar who lies about everything: his fake hair, his obesity, and his spray-on tan.”

Both Trump and Bloomberg have each spent $11 million for 60-second ads that will air during the Super Bowl, according to The New York Times.

Trump provided a bizarre, vague answer in response to Hannity’s question about what he loves about sports. Trump called sports “a microcosm of life.”

“You have winners, you have champions, you have people that you expect to see that final play,” Trump said, specifically naming the New England Patriots’ head coach, Bill Belichick. The team has been in the Super Bowl nine times under Belichick, but did not qualify this year.