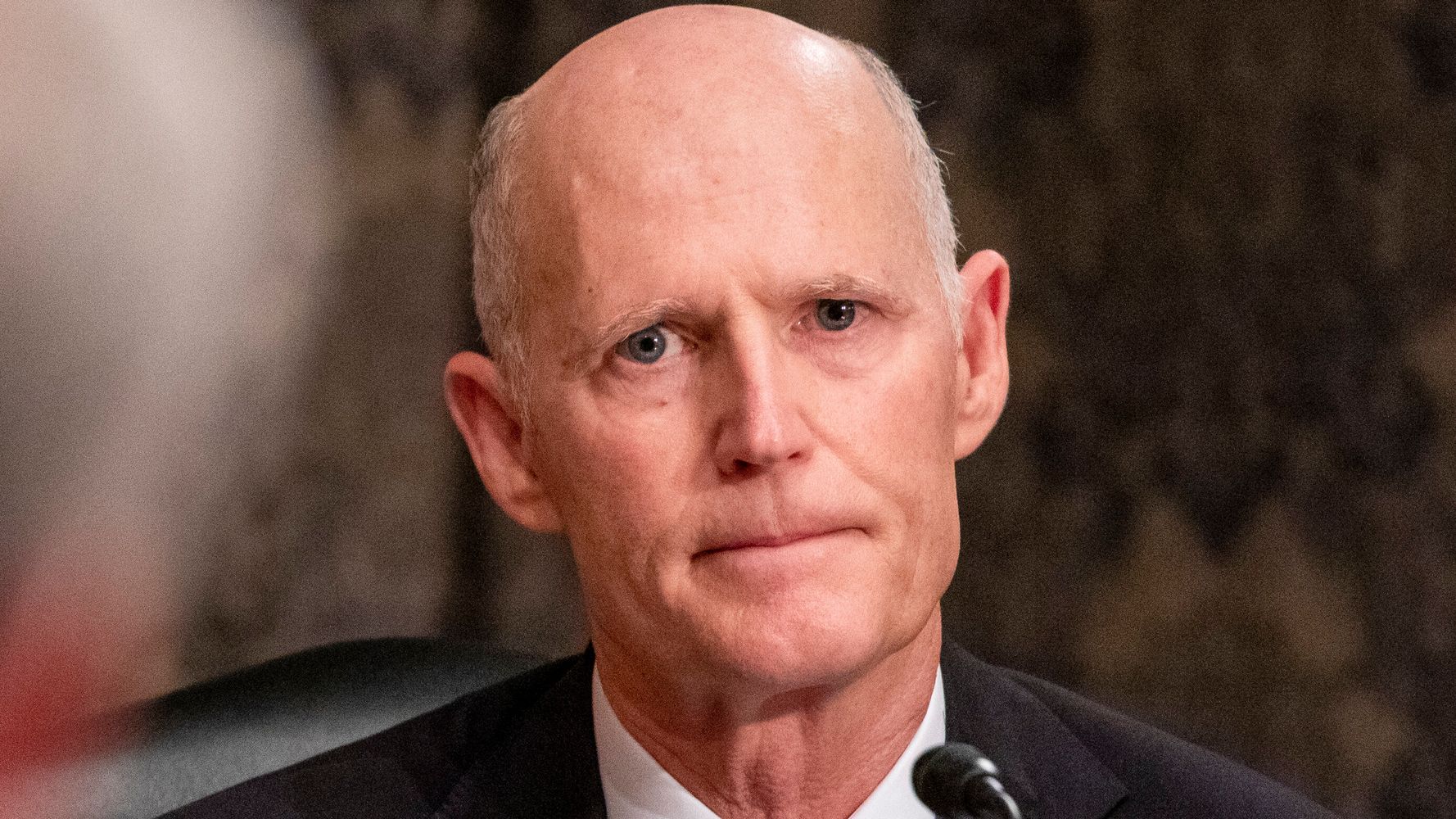 Sen. Rick Scott (R-Fla.) drew scorn on Twitter after he posted a video on social media claiming he was being held hostage during the Senate impeachment trial of President Donald Trump.

“As you may have heard, I’ve been taken hostage along with 99 other people in the U.S. Capitol,” Scott said in the two-minute clip shared to Twitter on Tuesday.

“We are receiving only milk and water and we are being subjected to the cruel and unusual punishment of listening to the rantings of (Democratic Rep.) Adam Schiff, a person from a parallel universe,” Scott continued.

He dismissed the impeachment of Trump as “political theater” that should have been staged at Washington’s John F. Kennedy Center for the Performing Arts, and claimed the Democrats’ case against the president is “absurd.”

The clip inevitably went viral on social media for all the wrong reasons, where many critics bashed Scott for complaining about doing his job:

320 million Americans are held hostage to the cowardice of you and 52 other people. So, like, welcome to the club.

So you’re saying if we keep this thing going, you’ll be forced to stay in the Senate chambers?

What do we have to do to cut off your internet access too?

Gee Rick, thanks for upholding your oat of impartiality.

“I solemnly swear that in all things appertaining to the trial of the impeachment of [person], now pending, I will do impartial justice according to the Constitution and laws: So help me God.”

You are one miserable SOB @SenRickScott. Held hostage? No, held hostage is what happened to my daughter when she could not escape the killer in her school. You remember that, don’t you? You are not held hostage. You are doing your job. If you do not like your job, resign. https://t.co/KhqAH4htB6

But 47 of those 99 are Dems…ao you’re saying nearly half of the hostages are taking themselves hostage. Is this another shitty M Night Shyamalan pitch? https://t.co/uDq3p9RrLZ

Rick Scott thinks him having to go to work and fulfill the clearly defined duties of his role means he’s being held hostage. https://t.co/a8wvl14bA4

You’re being paid by us to sit there & do your job which is to honor the constitution and your oath of office. So stop whining like a spoiled entitled brat and drink your damn milk.

I’m ashamed that you are my Senator.

Resign if you don’t want to do your job.

You’re paid $174,000 a year to sit on your ass and drink milk all day while listening to a legal arguments. Most Americans would love the privilege of being such a “hostage.” https://t.co/Lz8WN4aDcE

for values of “held hostage” = “doing a job I actively sought, actually spent a lot of money and time to be able to do, part of which is the constitutionally-mandated oversight of the executive branch” https://t.co/xy1DaKpJjP