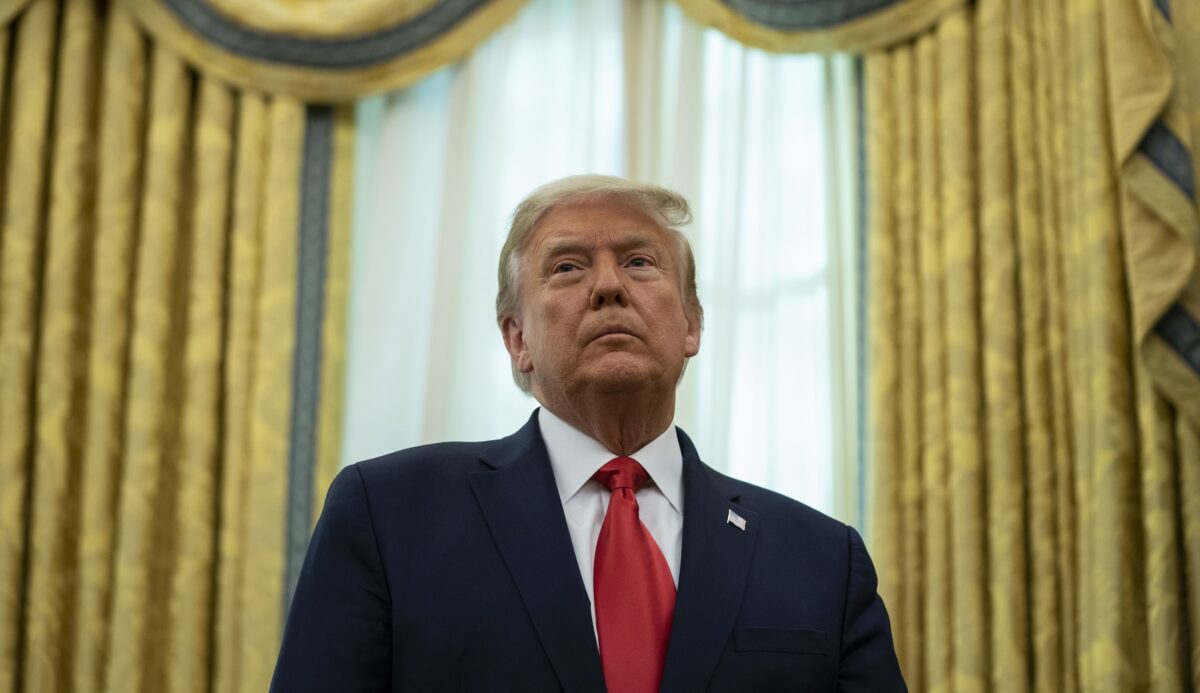 The final vote on the National Defense Authorization Act (NDAA) was 84-13, far greater than the two-thirds requirement to override a presidential veto.

Added Sen. Richard Shelby (R-Ala.): “This legislation is a vital step in the process of funding America’s defense to provide protection for our country and care for our troops.”

The measure passed the House of Representatives this week in a 355-78 vote. The bill is now heading to Trump’s desk, where he will decide whether to veto in the face of bipartisan opposition.

“It does not contain every policy that either side would like to pass, but a huge number of crucial policies are included and a lot of bad ideas were kept out,” said Senate Majority Leader Mitch McConnell (R-Ky.) on the floor. “So I would encourage all our colleagues to vote to advance this must-pass bill.”

Trump has said he will veto the measure because the bill includes a controversial proposal to rename Confederate bases and military installations. The president also said the bill doesn’t include a repeal of Section 230, a measure that provides Big Tech companies and social media firms with a liability shield. It also does not support Trump’s efforts to draw down troops in Afghanistan and Germany.

“This NDAA will unlock more than $740 billion for the training, tools, and cutting-edge equipment that our service members and civilian employees need to defend American lives and American interests,” McConnell also said. “It will give our troops the 3 percent pay raise they deserve. It’ll keep our forces ready to deter China and stand strong in the Indo-Pacific.”

Sen. Rand Paul (R-Ky.), who voted against the bill, delayed the measure earlier this week, saying he opposes provisions in the defense bill that would limit Trump’s drawdown of troops from Germany and Afghanistan. Democrats support the bill, he argued, because they oppose Trump at any cost.

On Tuesday, Trump announced he will veto the measure if it is passed.

“I hope House Republicans will vote against the very weak National Defense Authorization Act (NDAA), which I will VETO,” he wrote on Twitter. The bill, he added, “must include a termination of Section 230 (for National Security purposes), preserve our National Monuments, & allow for 5G & troop reductions in foreign lands!”

And White House press secretary Kayleigh McEnany said Trump’s opposition to the bill not including a Section 230 repeal is warranted.

“Twitter has become a publisher, choosing to fact-check content,” she said to reporters Tuesday. “And when you’re a publisher, there are certain responsibilities with that and you should not be immune from liability.”

Some lawmakers said that should Trump veto the measure, they might be able to override it.

“I think we can override the veto, if in fact he vetoes,” House Majority Leader Steny Hoyer (D-Md.) said before the House voted on Tuesday. “I hope he does not veto, I hope he reconsiders. And I think he will get substantial pressure, advice (from Republicans) that, you know, you don’t want to put the defense bill at risk.”

Some Democrats have agreed that repealing Section 230 could be a possibility in the future, but they argued that it shouldn’t be tied to a defense-spending bill.