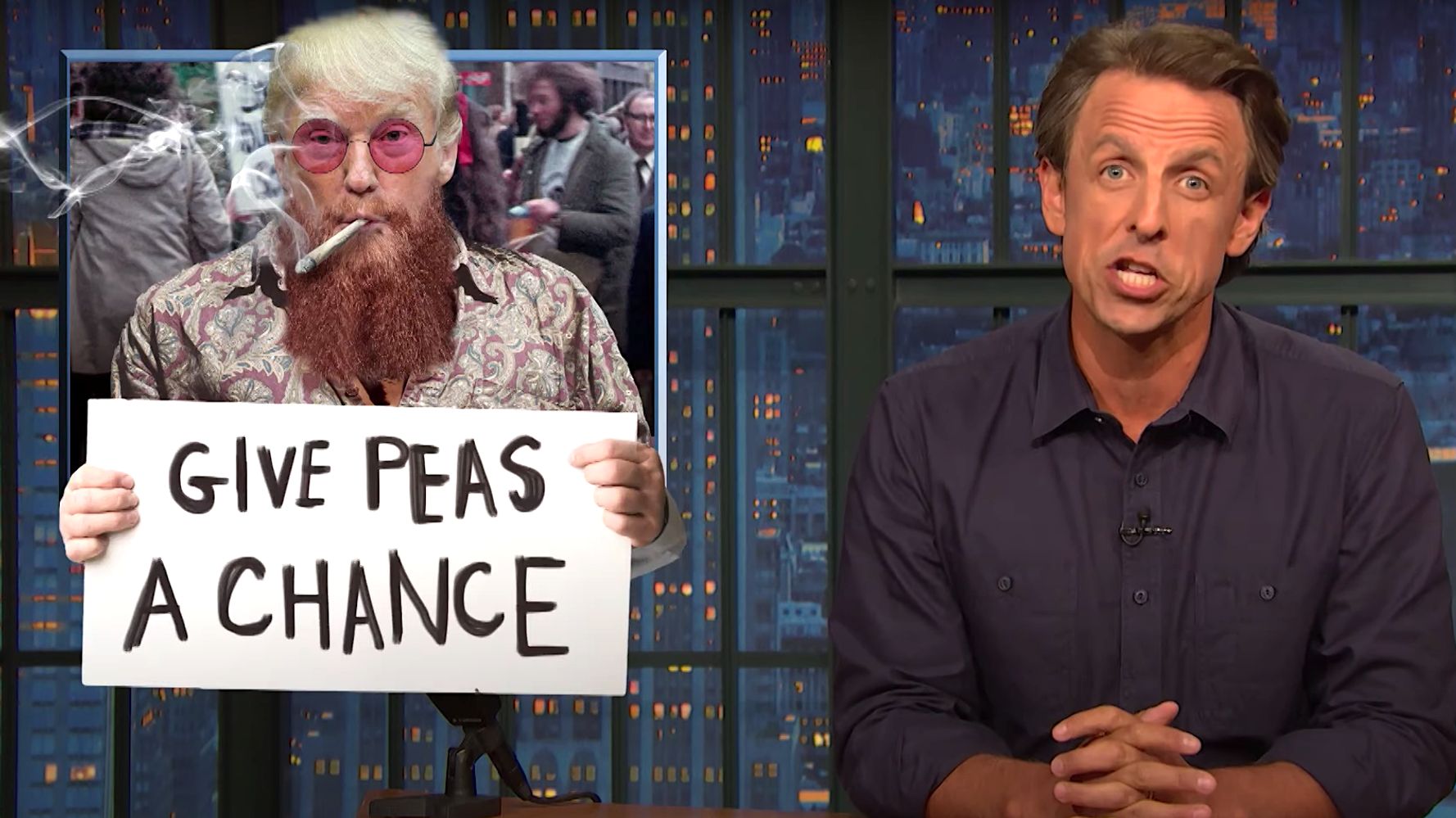 It was one of Trump’s “most brazen and infuriating” acts of reality distortion, said the “Late Night” host in his first in-studio show since the coronavirus pandemic forced him to broadcast from his attic more than five months ago.

Meyers noted how Trump, in response to outrage about his reported insulting of U.S. troops killed during World War I as “suckers” and “losers,” tried to claim he’s against deploying troops. (Trump denied denigrating fallen soldiers during a 2018 visit to France.)

“This is an especially infuriating lie coming from a guy who has repeatedly touted billions in arms sales to a brutal regime in Saudi Arabia, vetoed a bill to end U.S. involvement in the horrific war in Yemen, massively expanded bombing campaigns across the world including a record number in Afghanistan, increased the Pentagon’s budget for the fifth consecutive year to the point where it’s now near Iraq War levels, added billions to a Pentagon slush fund specifically for warfighting, and has bragged about sending U.S. troops to Saudi Arabia because Saudi Arabia would pay for it,” said Meyers.