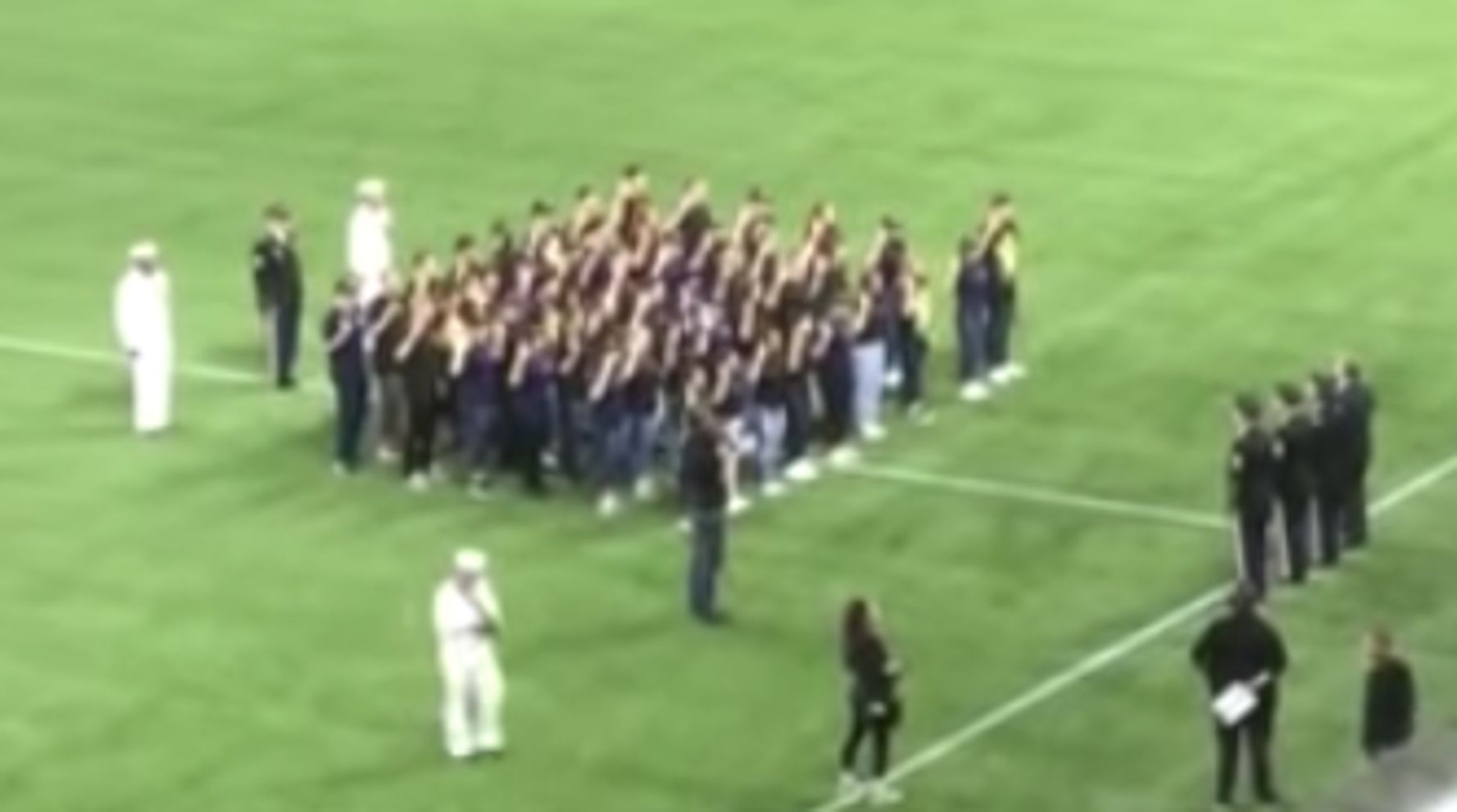 The far right Proud Boys have repeatedly tried to make a scene supporting Donald Trump in downtown Portland, Oregon, but the president didn’t do well at a pro soccer game in the city this week.

The crowd at Providence Park erupted in noisy boos for the president on Wednesday during halftime at the National Women’s Soccer League game between the Portland Thorns and the North Carolina Courage.

The Thorns were hosting a swearing-in ceremony for members of the military to express appreciation for service members on the 18th anniversary of the 9/11 terrorist attacks, reports The Oregonian.

While fans cheered the members of the military, they reacted with boos during the part of the Oath of Enlistment saying: “I will obey the orders of the president of the United States.”

You can clearly hear it in the video above.

The event occurred amid a fan battle with men’s Major League Soccer, whose Portland Timbers are affiliated with the women’s Thorns and share Providence Park.

MLS changed its fan code of conduct to ban all political signage and displays at games. Some fans complained on social media that the swearing-in event was political.

Among signage now banned by MLS is an “iron front” symbol of three arrows pointing down, which was first used by an anti-Nazi paramilitary organization, The Oregonian reported. Fans say it’s not political but simply a message against oppression.