Some Capitol Rioters Didn’t Vote In Election They Tried To Overturn: Report 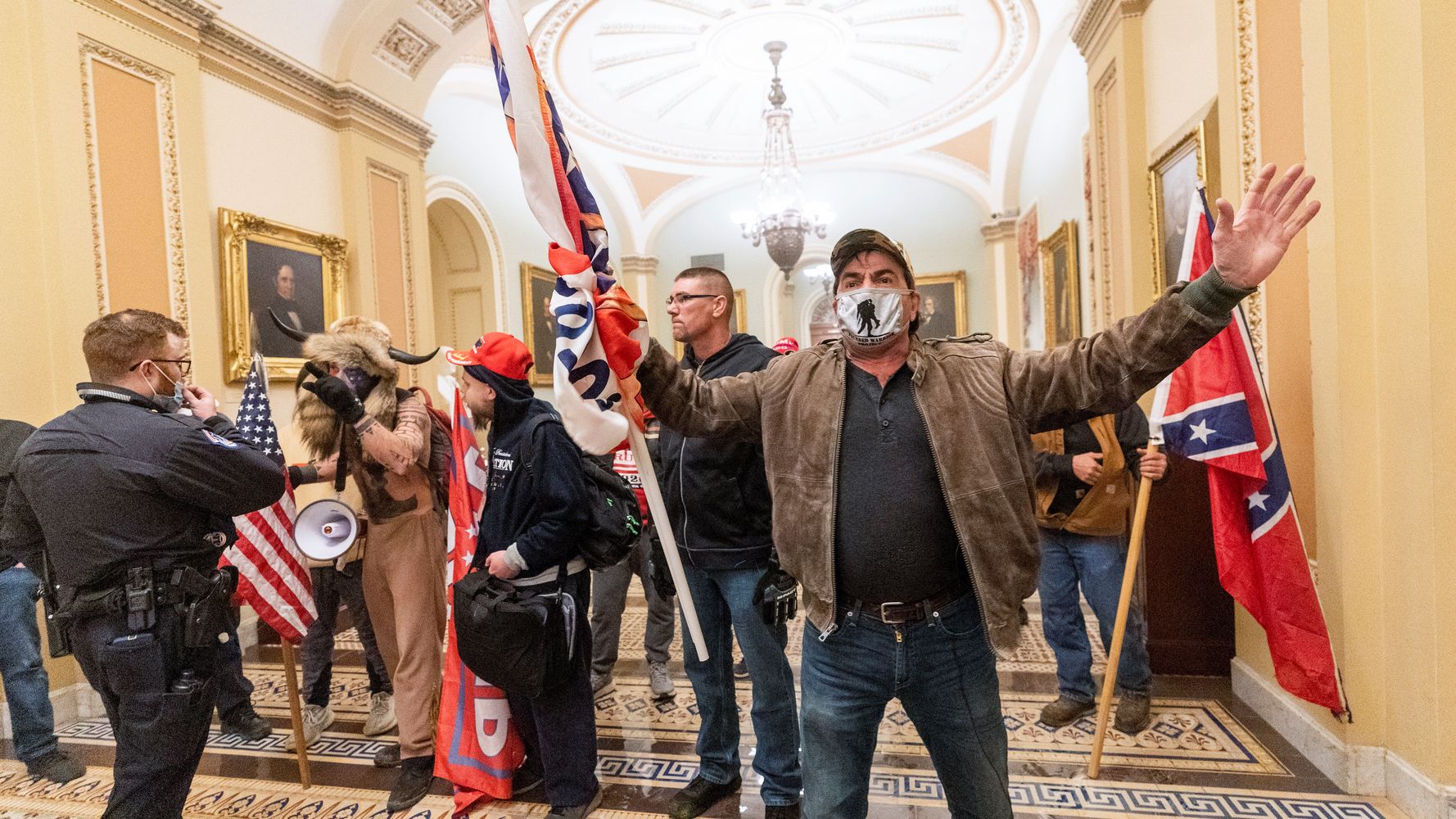 CNN reviewed voting records of people arrested for their involvement in the insurrection, and determined that at least eight of those facing criminal charges didn’t vote in the presidential election.

Donovan Crowl, an Ohio member of the right-wing Oathkeepers militia group, was among them. Crowl, 50, was arrested Jan. 18 on charges of conspiracy, conspiracy to injure an officer, destruction of government property, obstruction of an official proceeding, trespassing and disorderly conduct.

His mother told CNN that her son told her “they were going to overtake the government if they … tried to take Trump’s presidency from him.” However, Crowl apparently wasn’t registered to vote in 2020.

An election official in Ohio told the outlet that Crowl registered to vote in 2013, but he “never voted nor responded to any of our confirmation notices to keep him registered.” Crowl was removed from the voter rolls in 2020, according to the official.

Some others who participated in the insurrection were registered to vote last year but did not, including University of Kentucky senior Gracyn Courtright — who posted a photo of herself on Instagram from outside the Capitol doors captioned, “Can’t wait to tell my grandkids I was here!”

Jessica Stern, a Boston University professor who has spent around 30 years researching extremists, told CNN the accused rioters might have believed there was no point in voting since the system was rigged.

In the lead-up to the 2020 election, then-President Donald Trump argued he would only lose if the election were stolen from him. He continued to baselessly claim the election had been rigged by Democrats, even after officials declared Joe Biden the winner, and refused to concede.

Many Trump supporters who stormed the Capitol last month as part of the so-called “Stop The Steal” movement said they had done so because the president wanted them to.

Some Republican lawmakers also got on board with Trump’s claim, although there was no evidence of widespread voter fraud — 147 congressional Republicans voted to overturn the election results.