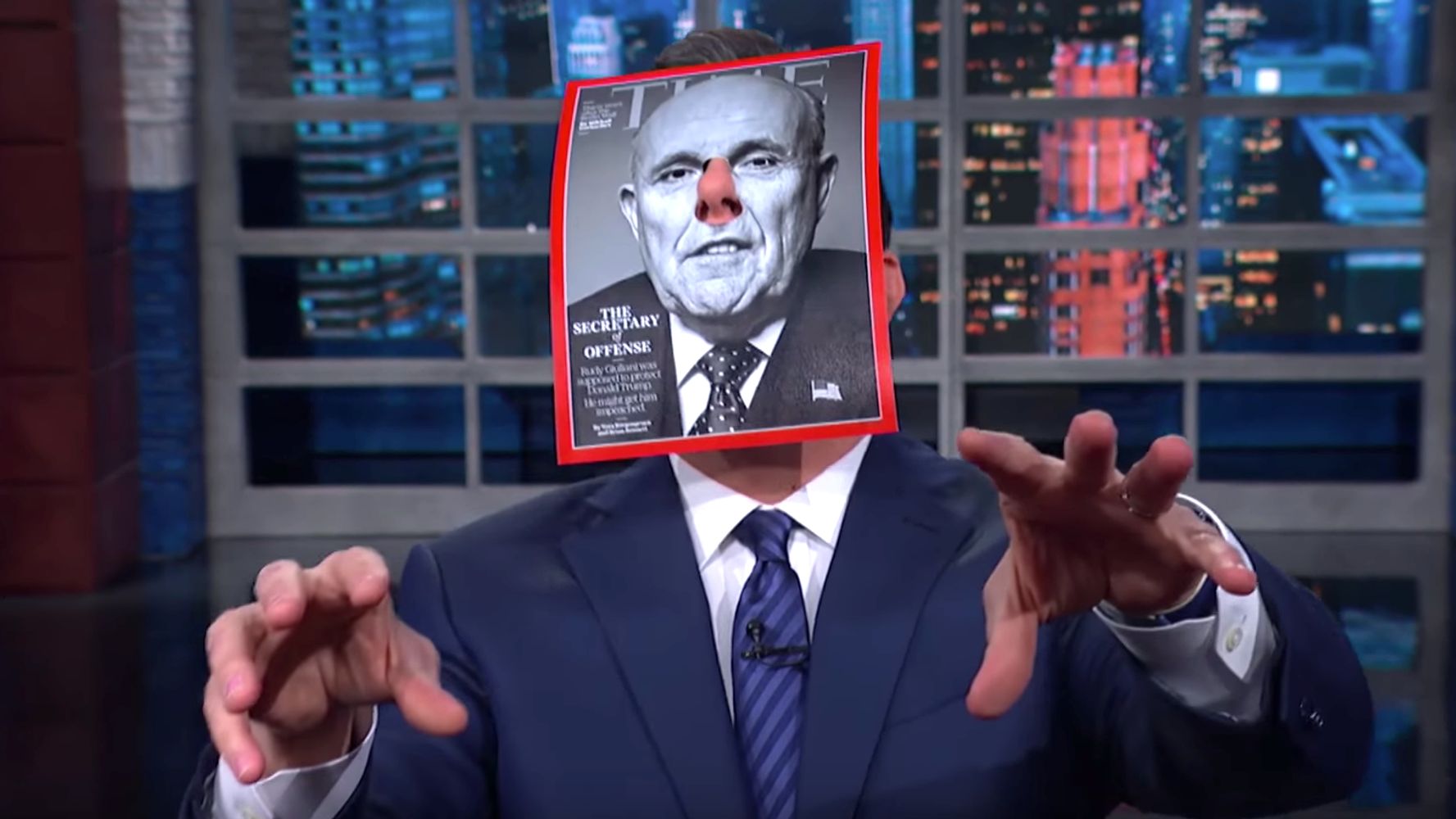 “The Late Show” host mocked the former New York mayor, who is now Trump’s personal attorney, over his new Time magazine cover, recent butt-dialing gaffes and the revelation that he once locked himself out of his iPhone and had to seek help from Apple Store employees.

Colbert then started to read out a long list of people whom Trump has previously thrown under the bus for his own gain.

“You know what, it’s only an hour show,” Colbert quipped.

The comedian also said it “makes sense” that the House on Thursday voted to formalize the impeachment inquiry into Trump. “It’s November and it’s time to toss out that rotting jack-o’-lantern,” he joked.