The Military Has Spent $184,000 At Trump’s Scottish Golf Resort In 2 Years 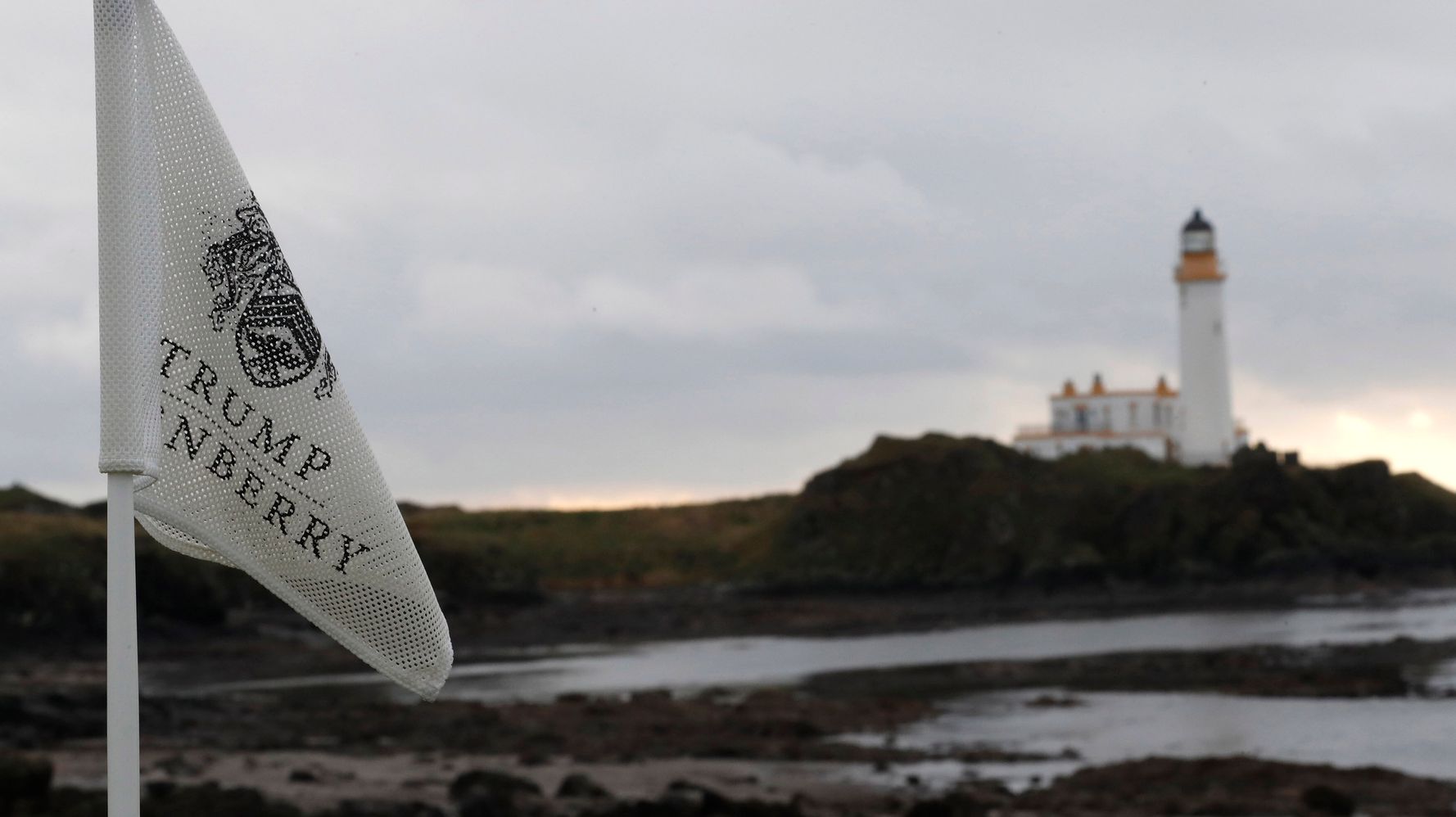 The U.S. military has spent up to $184,000 at President Donald Trump’s Scottish golf resort since he took office, according to a letter from the Defense Department released Wednesday by the House Oversight Committee.

The spending means the Trump administration may have run afoul of the Constitution’s emoluments clauses, which forbid the president from profiting off his role in the White House.

Trump himself has claimed to have nothing to do with any government officials’ decisions to stay at his properties, but said the officials had “good taste.”

The oversight committee demanded records of military stopovers at Trump Turnberry and nearby Prestwick Airport back in June, having reportedly launched an investigation two months previously. After months of silence, a Defense Department official addressed several of the committee’s questions in a Sept. 12 letter to Chairman Elijah Cummings (D-Md.).

The Defense Department produced records for $124,578.96 in expenditures between August 2017 and July 2019 that were “specifically associated with” Trump Turnberry, saying its spending at the resort averaged $189 per night.

As Cummings pointedly noted in his reply, “by describing only average rates ― not actual rates ― the Department did not rule out that it may have paid much higher rates for some rooms that exceeded these thresholds.”

The department gave one flattering example of its spending, describing a March stopover where the hotel rate ceiling was set at $166 per night and the military paid only $136 per night. Beyond special rates, reports have claimed that service members are regularly treated to small gifts and free rounds of golf at Turnberry.

Although the department did not explicitly disclose how many rooms it rented over the two-year time span, at that average rate, the military could have paid for around 660 one-night, one-room bookings at the golf resort. Records provided along with the letter indicate that “U.S. taxpayer funds have been used to pay for more than three dozen separate stays” at Turnberry, Cummings said in a statement.

The department also found an additional $59,729.12 in spending at Turnberry charged to government travel accounts ― pushing military payments to the resort up to about $184,000. The unspecified charges covered meals and other incidental expenses within the service members’ per diem allotment, the department said.

But the stays have raised concerns about the relationship between Trump and his businesses; officially, he is not involved in their operations while he serves as president.

As the oversight committee continues its investigation of the Turnberry property, the House is also looking into potential constitutional violations surrounding Trump’s suggestion to hold the next G7 summit at his Miami property, along with Vice President Mike Pence’s recent stay at Trump’s Irish golf resort during an official trip to Dublin, which is 180 miles away.

The Defense Department linked the military stays at Turnberry to an internal directive made in June 2017 to “increase efficiencies by standardizing routing locations.” This resulted in an uptick in stops at nearby Prestwick Airport, which has good weather and ample parking, the department said.

Both the airport and Turnberry have struggled financially in recent years.

Between January 2017 and June 2019, the U.S. military spent $16.6 million at Prestwick airport, the Defense Department said, noting that it is an approved location for refueling aircraft and has a contract with the department to provide the fuel “at a standardized price.”

“While we seek to use overseas military airfields when possible and appropriate, limited operating hours, limited apron space or other priority missions may preclude their use. As a result, DOD makes arrangements to use civil airfields” that are located along flight routes and open at all hours of the day, the department said.

Trump On Netanyahu Amid Tense Elections: ‘Our Relationship Is With Israel’