The RNC Is Ignoring America’s Crises 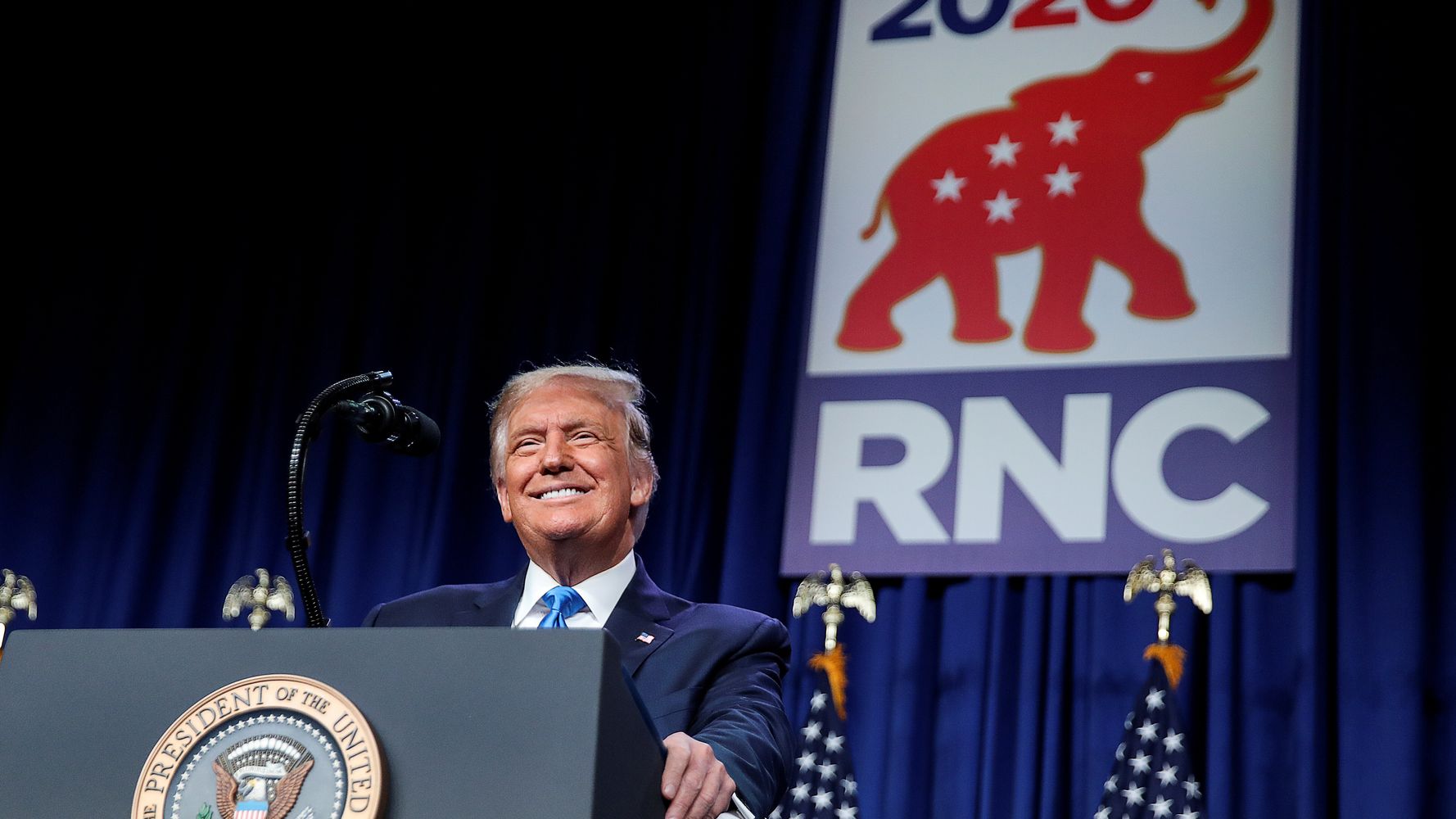 WASHINGTON (AP) — Turbulent reality is clashing with the smooth, steady image Republicans are hoping to paint of President Donald Trump and his leadership on the third night of the GOP’s convention.

The opening two nights of the Republican National Convention saw scant mention of a whirlwind of crises as the planners sought to deliver a glossy TV infomercial. However, as the convention approaches its climax with Trump’s acceptance speech Thursday night, the hazards outside are becoming too great to ignore, shining a spotlight on the president’s management of a host of perils.

A potentially catastrophic hurricane is bearing down on the Gulf Coast, wildfires are ravaging huge areas of California, protests are growing in Wisconsin after the shooting of a Black man by police — and the still-raging coronavirus pandemic is killing more than 1,000 Americans a day.

The historic convergence of health, economic, environmental and social emergencies is only increasing the pressure on Trump, as he looks to reshape the contours of his lagging campaign against former Vice President Joe Biden with Election Day just 10 weeks off and early voting beginning much sooner.

The first nights of the convention included virtually no reference to the hurricane gaining strength in the Gulf of Mexico or the California fires. A Las Vegas pastor did open the second night with a prayer for Jacob Blake, a 29-year-old Black man who was shot in Kenosha, Wisconsin, prompting three nights of protests

Trump turned to Twitter on Wednesday to say his administration was engaged with state and local officials in areas in Hurricane Laura’s path. The storm was forecast to make landfall along the Louisiana-Texas border shortly after Vice President Mike Pence concluded his keynote address Wednesday night.

And the night’s lineup was expected to include Clarence Henderson, who participated in the 1960 Greensboro, North Carolina, Woolworth lunch counter sit-ins for what Trump’s team said would be a discussion of “peaceful protest.”

Convention speakers so far have largely stuck to Trump’s law-and-order message, warning that electing Biden would lead to violence in American cities spilling into the suburbs, a message with racist undertones. Trump on Wednesday tweeted about sending federal agents to Kenosha to help quell unrest, and the Justice Department said it was sending in the FBI and federal marshals.

While the coronavirus wrought havoc on Trump’s convention plans — he had to shelve plans for arena events in either North Carolina or Florida — it has thus far taken a back seat in the programming. However, Pence, the chair of the White House virus task force, was ready to defend the administration’s response in his remarks.

Before that, first lady Melania Trump was the most direct of any of the convention speakers in addressing the suffering wrought by the pandemic.

“My deepest sympathy goes out to everyone who has lost a loved one, and my prayers are with those who are ill or suffering,” she said Tuesday night. “I know many people are anxious and some feel helpless. I want you to know you are not alone.”

Pence was expected to spend much of his speech detailing the administration’s record on the economy and foreign policy, capping a lineup that would “showcase American heroes” and their stories, organizers said.

The night was to include remarks from the president’s daughter-in-law, Lara Trump, as well as several administration officials including departing Counselor Kellyanne Conway, the manager of Trump’s 2016 general election campaign, and press secretary Kayleigh McEnany.

The program also featured prominent female lawmakers, including Sens. Marsha Blackburn and Joni Ernst, as well as some of the party’s rising stars: Gov. Kristi Noem of South Dakota and Rep. Elise Stefanik of New York. Reps. Dan Crenshaw of Texas and Lee Zeldin of New York, both Iraq War veterans, were appearing alongside more members of Trump’s family.

There were also less familiar faces. Sam Vigil, whose wife Jacqueline Vigil was shot and killed in her driveway in Albuquerque, New Mexico, and supports the president’s efforts deploying federal agents to cities with high crime rates, will speak, as will Scott Dane, the executive director of the Associated Contract Loggers and Truckers of Minnesota, Tara Myers, a school choice advocate, and Sister Dede Byrne, a missionary who performs medical work overseas, and Michael McHale, the president of the National Association of Police Organizations, which has endorsed Trump.

Republicans sought on Tuesday to show a more forgiving side of a combative president. The president pardoned a reformed felon and oversaw a naturalization ceremony for several immigrants, though he frequently states his vigorous opposition to more immigration, legal as well as illegal.

Those efforts, aimed at humanizing Trump’s image, also represented an unprecedented move to harness the trappings of the presidency to advance a political campaign. The naturalization ceremony took place inside the White House while Mrs. Trump spoke from the Rose Garden. Trump is to deliver his acceptance speech from the South Lawn of the White House Thursday evening.