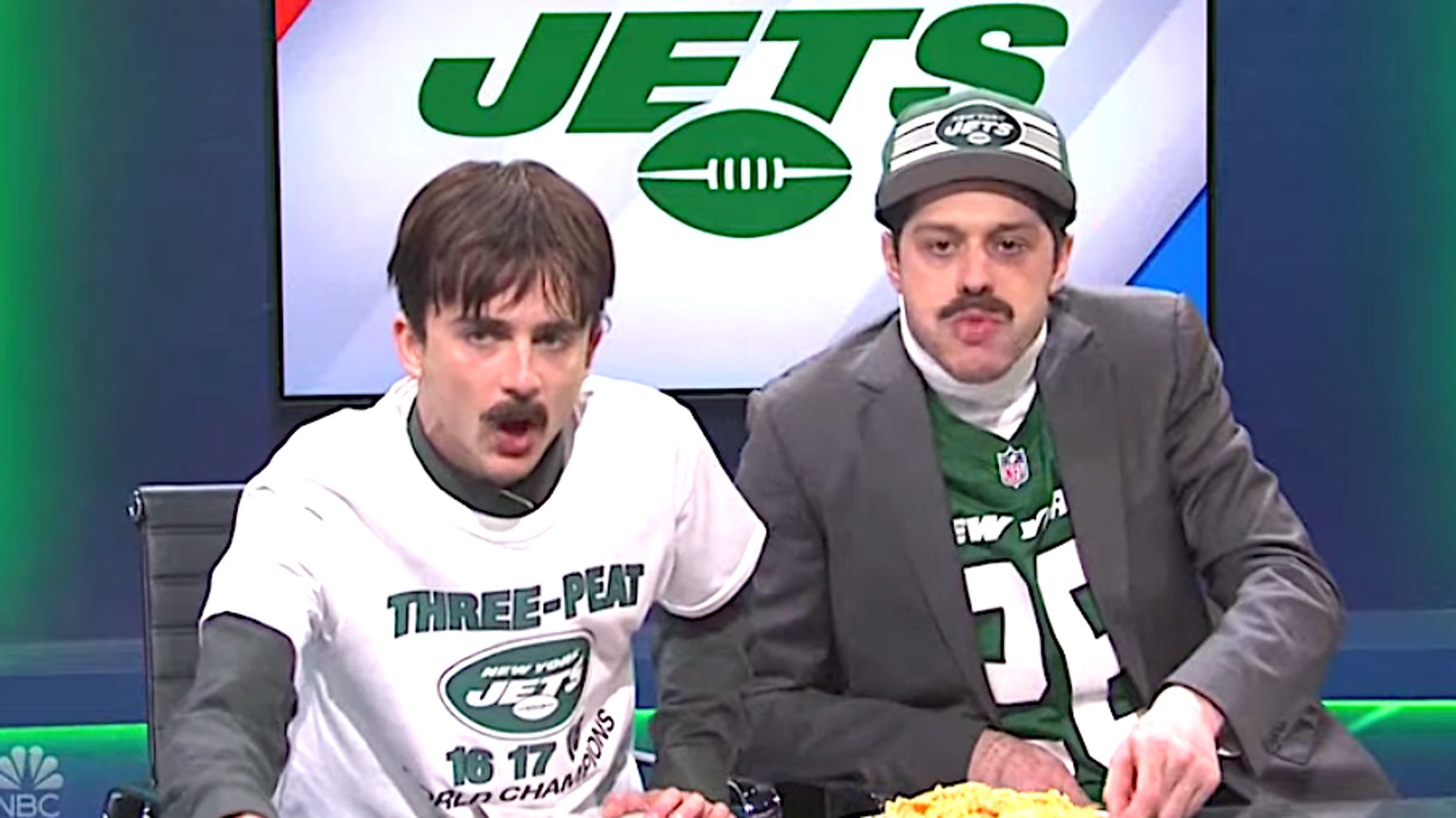 Taking a page from the right-wing, Donald Trump-touting Newsmax, sports anchors on “Saturday Night Live” insisted against all evidence that the 0-12 New York Jets haven’t really lost a game.

Newsmax tells “the truth, that Donald Trump could still win this election,” said a voice-over at the start of the sketch. Now Sportsmax, launched by Newsmax, gives “the truth about America’s favorite football team.”

Sportsmax anchor Alex Moffat scoffed at “mainstream sports networks like ESPN” that are saying the Jets haven’t won a single game this season.

“The truth is, the Jets have already won 11 games this season,” insisted co-anchor Beck Bennett. Take a recent game against the Buffalo Bills, Bennett noted. The Jets were ahead the first quarter, then very suspiciously fell behind the rest of the game because the Bills start getting “all these points outta God knows where,” he added.

“Either the Jets won 3-0 or this whole game is rigged,” he declared.

Davidson piped up: “There’s 8 million Jets fans out there! Eight million! They have nothing to gain by lying about this!”

Check out the video up top.