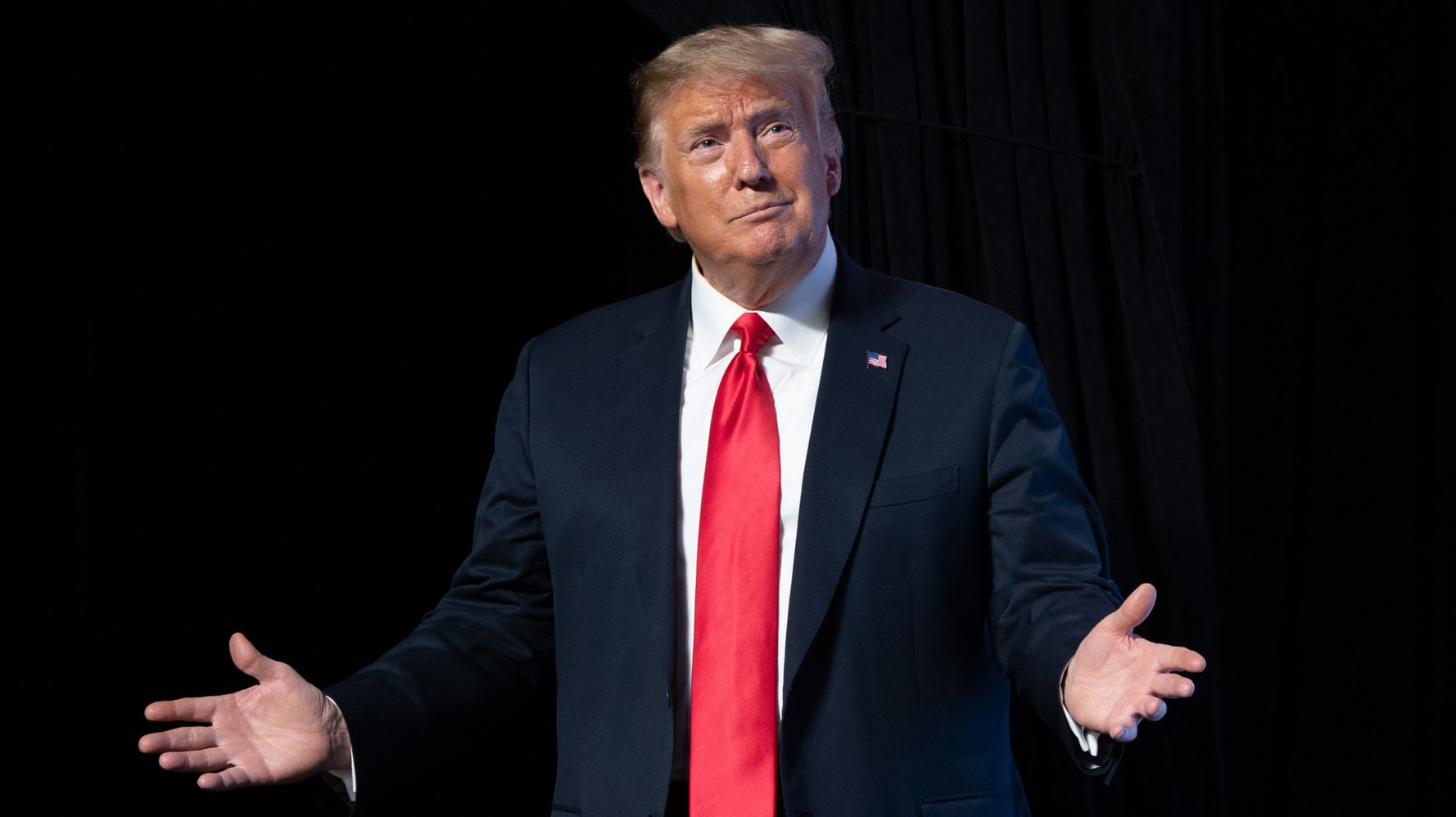 As part of his bid to scare white suburban voters into supporting President Donald Trump in November, his campaign falsely accused his opponent’s campaign of freeing from jail a “murderer,” a “serial rapist,” a “violent fugitive,” and an “attempted cop killer.”

The Trump campaign tweeted four mug shots on Tuesday of Black individuals, none of them public figures, who are facing criminal charges but have not been convicted of those crimes.

The Trump campaign’s accusations are breathtakingly racist and intentionally misleading. They are meant to fool voters into believing that high-level members of Biden’s staff played an active role in freeing people who have been proven guilty of killing and raping.

In reality, the people whose names and mugshots the Trump “War Room” texted to its 743,000 followers have no direct connection to Biden or his campaign and, again, have not been found guilty of the charges against them.

They are individuals a judge in Minnesota determined could safely await trial at home — instead of in pretrial detention during a pandemic — as long as they could find a way to pay their bail. According to the local Fox News affiliate, a bail fund called the Minnesota Freedom Fund helped come up with the money for their release.

The Minnesota Freedom Fund received an outpouring of donations earlier this year when cops arrested people who were protesting the death of George Floyd, the 46-year-old Black man who was killed by a Minneapolis police officer in May. Donating to the Minnesota Freedom Fund became an easy way for people who were outraged by the killing and sympathetic to the protesters to offer support from afar. By the end of the first week of June, the bail fund received more than $31 million in donations and began encouraging people to contribute to other organizations.

Unlike donations to political candidates, donations to bail funds are not in the public record. But during the height of the anti-racism protests against police brutality, people often posted screenshots of their receipts from a bail fund donation on social media to encourage their supporters to do the same. In late May, Reuters ran a short story noting that 13 people affiliated with the Biden campaign promoted donations on Twitter. Biden opposes the cash bail system as a “modern day debtors prison,” campaign spokesperson Andrew Bates told Reuters at the time.

This percolated in right-wing media for weeks, culminating in a recent Fox News story that asserted Biden staffers “bailed out violent criminals.”

The Trump campaign’s effort to portray a small gesture of support for people protesting police brutality as evidence that Democrats are soft on murderers and rapists is a key element of the president’s reelection strategy.

Bail funds and the people who contribute to them have no role in determining who is eligible for pretrial release. That decision is made by judges, who often deny bail to people they deem too dangerous or too high of a flight risk to let out.

Imprisoning people in jail while they await their day in court — often for years — undermines the concept of innocence until proven guilty, a fundamental part of the U.S. legal system. Money bail was introduced in the U.S. as a way to ensure that people accused of a crime would show up in court. But it has resulted in a two-tiered system of justice in which people who have money typically await their court date at home, while people who are poor wait in jail.

Pretrial detention can cost people their jobs and homes, which can make returning to jail more likely. It can also cost people their lives. When HuffPost investigated jail deaths, we found dozens of people who died in jail over the course of a year who were facing low-level charges, like drug possession, a traffic offense, or a probation violation, because they couldn’t afford bail. People who have some money but not enough to cover the full bail amount often rely on a private bail bond company, a predatory industry that only legally exists in the U.S. and the Philippines.

Bail funds were created to help counteract the oppressive nature of the money bail system, and contributing to a bail fund is akin to affirmatively exercising the belief that wealth should not be determinative of freedom. (I donate monthly to the National Bail Fund Network.)

The Trump campaign’s effort to portray a small gesture of support for people protesting police brutality as evidence that Democrats are soft on murderers and rapists is a key element of the president’s reelection strategy. Lagging in the polls after his catastrophic response to the coronavirus pandemic, which has killed more than 160,000 Americans, Trump is counting on white voters who live in the suburbs and are worried about violent crime to carry him to reelection.

“I am happy to inform all of the people living their Suburban Lifestyle Dream that you will no longer be bothered or financially hurt by having low income housing built in your neighborhood,” Trump tweeted on July 29, after rescinding Obama-era guidance meant to address systemic racism that perpetuates housing segregation. The tweet wasn’t really about housing policy, as Elie Mystal noted in The Washington Post. It was a message to white suburbanites that Trump “is the only thing standing in the way of violent, dark, ‘urban’ menaces intruding on their communities.”

The Fox News “revelation” that some Biden campaign staffers had donated to a bail fund was perfect fodder for the president’s narrative. The decision to broadcast images of mugshots — images that are increasingly disappearing from news sites because they promote racist stereotypes — of Black people in a city where protesters are calling for defunding the police is a way of signaling to white voters that cities are under siege by radical leftists. “Here’s more evidence our family won’t be safe in Joe Biden’s America,” the campaign wrote on its website. (Bolding is the Trump campaign’s.)

Racist fear-mongering over dark-skinned criminals isn’t new to Trump. In 2018, ahead of the midterm elections, Trump tweeted a video splicing together scenes from the trial of Luis Bracamontes, who killed two law enforcement officers in California after coming to the U.S. illegally from Mexico, with footage from the migrant caravan in Mexico. “It’s outrageous what the Democrats are doing to our Country,” Trump tweeted at the time, suggesting without evidence that Democrats were to blame for the killings and that people seeking asylum in the U.S. aren’t doing so to pursue safety and opportunity — but to kill Americans.

But they were white.