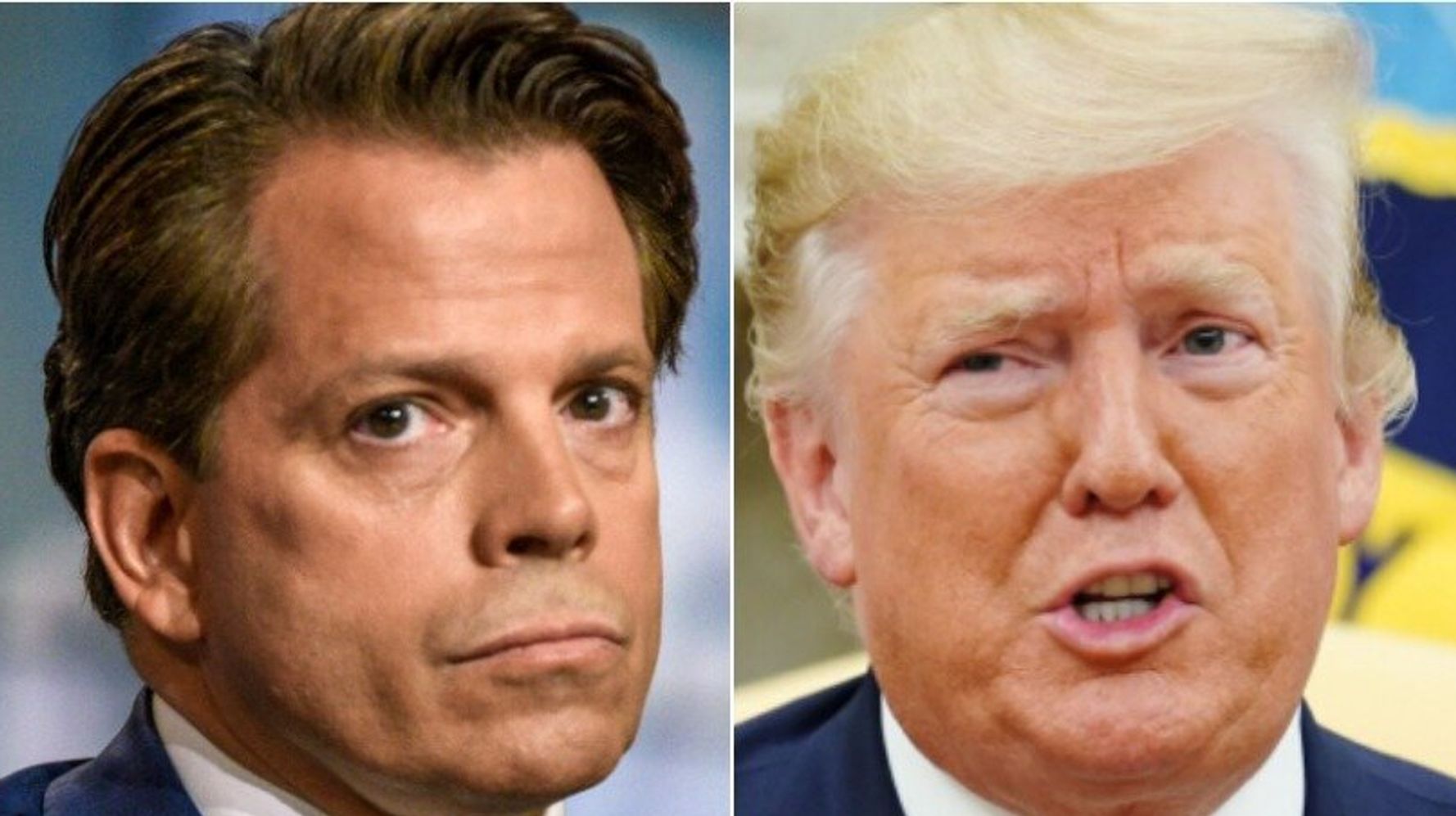 Former White House communications director Anthony Scaramucci, who was fired by President Donald Trump after just 10 days on the job in 2017, delivered a warning to Republicans on Fox News on Sunday night. And Trump was not happy about it, kicking off a Twitter feud between the two ex-allies.

The fireworks began when Scaramucci appeared on Steve Hilton’s show “The Next Revolution” to rip into Trump’s presidency for an “upside-down” economy and politicizing the coronavirus pandemic.

Then, he warned that the Republican Party under Trump was shrinking its own base ― and that would have repercussions for years to come.

“The current demographic base of the Republican Party under President Trump’s control will become a minority party for a generation if we don’t broaden that tent and start including people that don’t look like you and me,” Scaramucci said.

Trump, who watches Hilton’s show and has been influenced by it, fired off an angry tweet:

[email protected], who just made a fool of himself as he got taken apart by @SteveHiltonx, only lasted 11 days in his favorite of all time Administration, before being fired for, again, making a fool of himself. Anthony is a loser who begged to come back. I said “No Thanks”.

Scaramucci, who initially remained loyal to Trump after being fired but has since turned on the president and vowed to work against his reelection, shot back:

The Loser is you: 162,000 dead, 40 million American jobs lost on your watch. We are tired of all of the losing. We wanted you to succeed but you are an abject failure. Thankfully it will be over on 11/3. America will heal and rebuild. https://t.co/zRvJQzJo6k

Although Trump now calls his former communications director a “fool” and a “loser,” he once promised to hire only “the best and most serious people.” But he’s since attacked many of those hand-selected hires ― and not just Scaramucci. Trump has also lashed out at former Defense Secretary James Mattis, former Chief of Staff John Kelly, former Secretary of State Rex Tillerson, former Attorney General Jeff Sessions, former national security advisor John Bolton, former chief strategist Steve Bannon, among others.

Trump’s attack on Scaramucci caused his nickname ― The Mooch ― to trend on Twitter as Trump’s critics joined the fray:

It’s reassuring to know that between all the golfing, watching TV, making up mean-girl nicknames for political rivals, botching the response to the Covid pandemic while being the most incompetent #POTUS ever, he still finds time to be petty & vindictive. #TremendousMultiTasker https://t.co/wGOiSpUVfl

But @Scaramucci has a Harvard degree and you never will, nor your kids (I only say this bc I know how much the Ivy League means to you!) BTW, your debate prep team’s resumes are… pedestrian. https://t.co/v0k6RfJg6x

Mooch won’t visit you in prison if you keep doing this https://t.co/aCFZSzaE4a

But you picked him. “The best people”

5 million COVID cases in US as we move ever closer to 170k death. But sure, strafe the Mooch. pic.twitter.com/pjFhBqfeU3

This former Trump supporter stands with @Scaramucci, @ProjectLincoln @TheRickWilson @SteveSchmidtSES and @gtconway3d. We will work our ass off like we’ve been doing and elect Joe Biden to be our next president. https://t.co/VUOI88Of9p

Boy, you’ve really got your finger on the national pulse there, don’t you chuckles? 162,000 dead, a looming depression, and all you do is offer illegal executive orders you know will be tied up in court until after the election and bitch about… The Mooch? That’s leadership.

I cannot get over the fact that Fox has taken a British expat establishment corpartist Tory who is worth tens of millions and is married to a big tech executive and remade him as a MAGA populist who calls other people dilettantes. https://t.co/ExSfb2iUV2