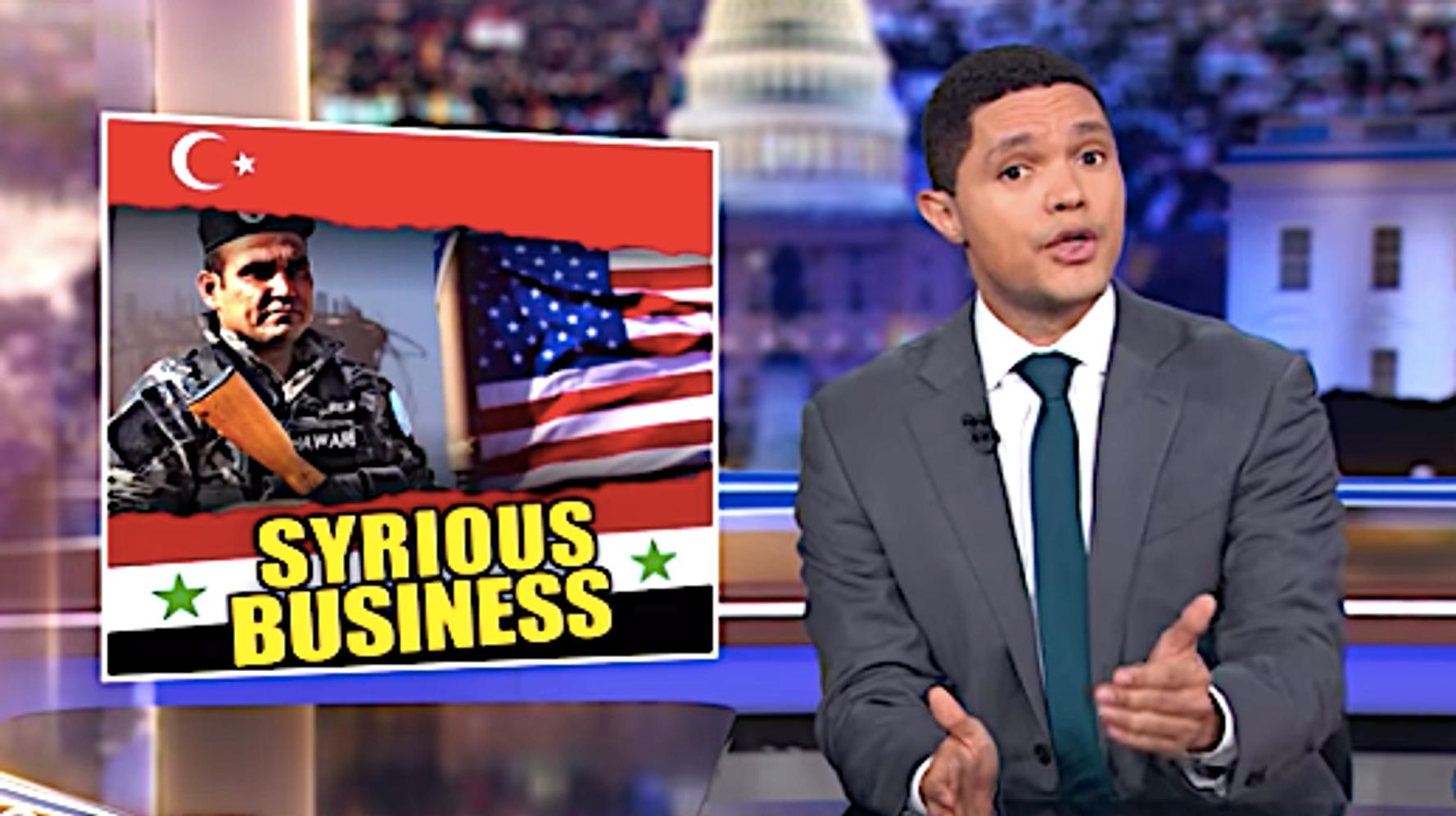 “This is just insane,” Noah said. “The Kurds have been essential in America’s fight against ISIS.”

With the Syrian Kurds now at risk, ISIS “could make a comeback,” he warned.

It was a “Syrious” message from Noah. But he did manage to have some fun with Trump for referring in a tweet to his own “great and unmatched wisdom.”

Noah scoffed: “He is technically correct. There is nobody who matches his wisdom.”

Check out the video up top and find out what Noah believes the Kurds can do to get back Trump’s support. It has something to do with Joe Biden.