Trump Aide Mick Mulvaney: ‘No Politician Is To Blame’ For Mass Shootings 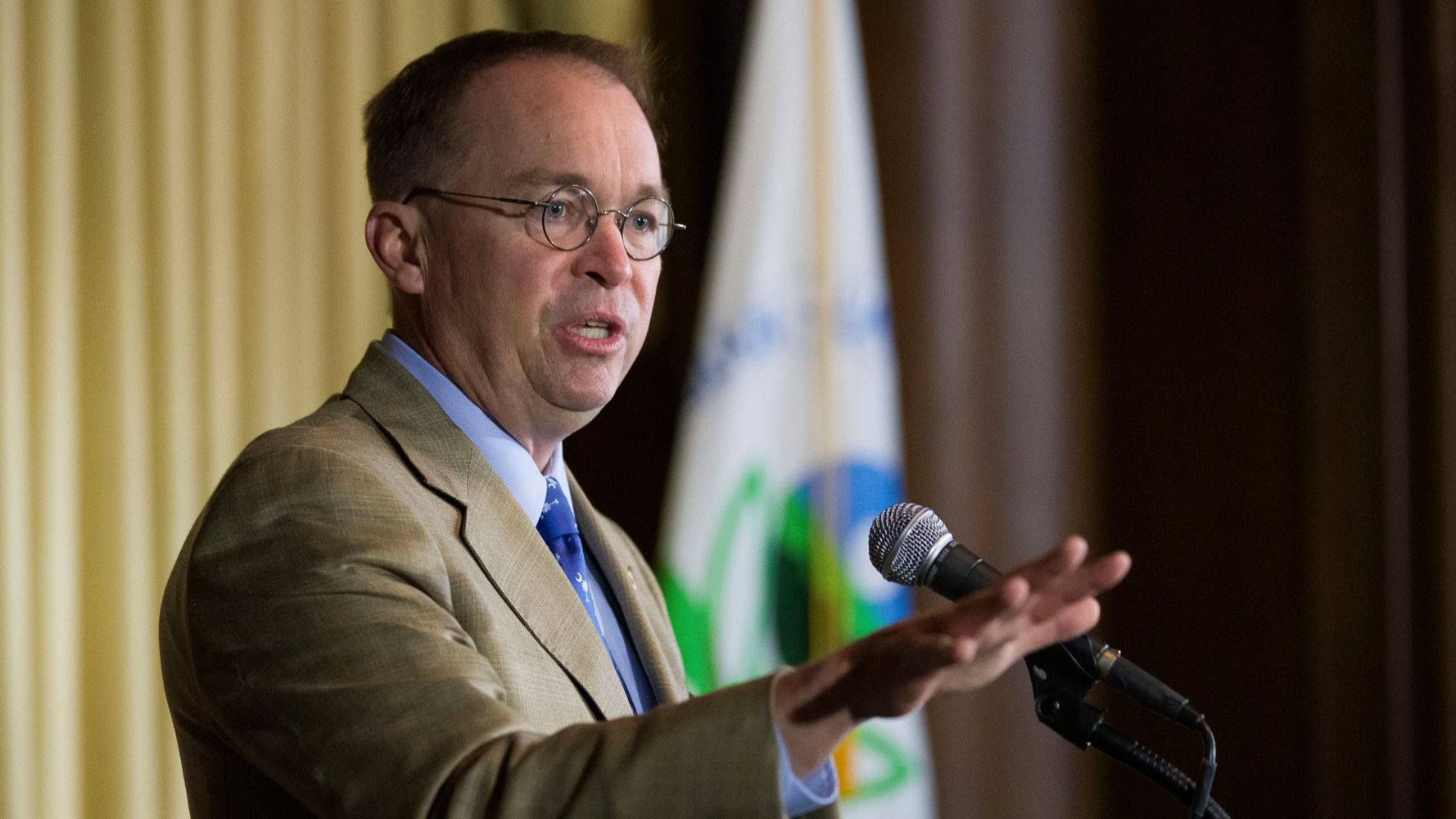 Trump “wants to do something about this just as much as anyone else,” Mulvaney said on ABC’s “This Week,” adding that “no politician is to blame” for the violence.

The president, Mulvaney said, is “sad” and “angry” about the shootings.

At least nine people were killed and 27 injured in a mass shooting in Dayton, Ohio, early Sunday morning, officials said ― the second horrific slaughter in America in less than 24 hours. At least 20 people were killed in a mass shooting at a Walmart in El Paso, Texas, on Saturday, and police are investigating whether the suspected gunman, who was arrested at the scene, posted a racist manifesto on social media that showed a hatred of Hispanic people.

The two shootings occurred less than a week after a gunman opened fire at a garlic festival in Northern California, killing three people, including two children.

Democratic presidential candidates laid part of the blame for the bloodshed on Trump, accusing him of inciting violence with his anti-immigrant rhetoric.

“He is a racist, and he stokes racism in this country,” former Rep. Beto O’Rourke of Texas said Saturday. “It does not just offend our sensibilities; it fundamentally changes the character of this country and it leads to violence.”

O’Rourke is an El Paso native and his district included the city.

Another of the White House contenders, Julián Castro, said Sunday that “anybody who has the ability to see and hear what the president has been doing … knows that division and bigotry and fanning the flames of hate has been his political strategy.”

Castro, the former mayor of San Antonio, Texas, who served in President Barack Obama’s Cabinet, made his comments on “This Week” in a separate appearance from Mulvaney’s.

Asked about the president’s rhetoric on the program, Mulvaney argued more needed to be done to address the connection between mass violence and social media. At least a third of white extremist killers since 2011 were inspired by others who perpetrated similar attacks, often facilitated by the internet, according to a recent analysis from The New York Times.

“I hate to draw attention to the manifesto, but if you actually go and look at it, what the guy says is that he’s felt this way a long time before Donald Trump got elected president. This was a sick person,” the former Republican congressman from South Carolina said.

“Are we going to talk about the role of guns? Certainly, we are. But to think that this is just a gun issue that many people make it out to be is not right,” he added.

Earlier this year, the Democratic-controlled House passed a bill requiring background checks on all firearm sales in the country. But the measure has languished in the Republican-controlled Senate, with Senate Majority Leader Mitch McConnell (R-Ky.) unwilling to bring it to the floor for a vote.

In light of the shootings, Sen. Sherrod Brown (D-Ohio) urged his colleagues to return to Washington from their August recess and reconvene. Appearing on CNN, he said he hoped McConnell “would bring the Senate back tomorrow and pass the background check bill and send it to the president. The president must sign it. Period.”