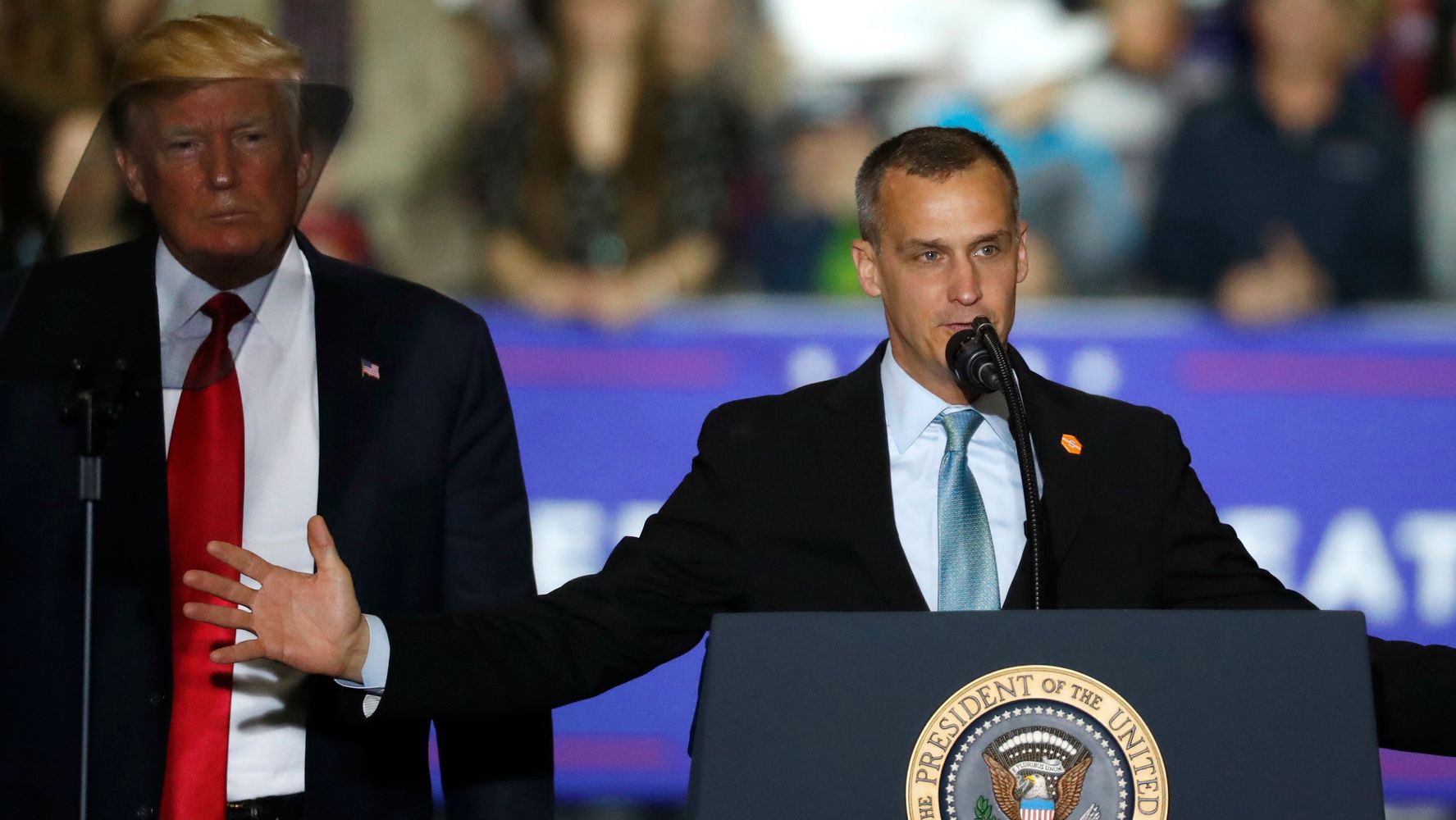 MANCHESTER, N.H. ― President Donald Trump waded into the New Hampshire Senate GOP primary on Thursday and talked up his former aide Corey Lewandowski, who has expressed interest in taking on Democratic Sen. Jeanne Shaheen next year.

“He was the first one who talked about us possibly winning the whole big ballgame. And he’s tough. And he’s smart … so we’ll see what happens. He would be fantastic,” Trump said at a rally in Manchester, referring to Lewandowski, who was seated with his family in the audience.

The controversial former Trump campaign manager would be an unusual and risky choice for Republicans as they seek to recapture the Senate seat. After being fired from the Trump campaign in 2016, the longtime New Hampshire political operative founded a lobbying shop in Washington, with an extensive list of foreign clients ― joining the very “swamp” his former boss promised to clean up.

Though he’s perhaps best known for grabbing and bruising then-Breitbart reporter Michelle Fields in 2016, Lewandowski has done a number of other troubling things in recent years, including mocking an immigrant child with Down syndrome and supporting new voting restrictions in New Hampshire that he openly admitted would help Trump win the state in 2020.

Top Republican officials in the state dumped on the idea of a potential Lewandowski run before Trump’s rally in Manchester on Thursday, warning him to stay out of the race, according to reports from The Daily Beast and Politico.

“He’s part of Trump’s cadre of thugs. If he were to run and become the nominee, it would be an outrage,” former Sen. Judd Gregg (R-N.H.) told The New Hampshire Union-Leader in an article published earlier this week.

“The president has the right to endorse anyone he wants to … I welcome them,” he told HuffPost on Thursday as he greeted Trump supporters in line at the rally outside Southern New Hampshire University Arena.

But Democrats sought to highlight the former Trump aide’s lobbying work in a statement on Thursday.

“Corey Lewandowski is a shadow lobbyist with a nefarious client list that includes foreign interests, which is why New Hampshire Republicans and even Gov. Chris Sununu have been keeping their distance,” New Hampshire Democratic Party spokesman Josh Marcus-Blank told HuffPost. “Lewandowski, with his record of violence, will make an already nasty Republican primary even worse.”

The party could benefit from Lewandowski entering the race because of his deep ties to Trump. Though the president’s approval rating in New Hampshire is steady, he’s seen a drop in approval among independents, who make up 40% of the state’s voters.