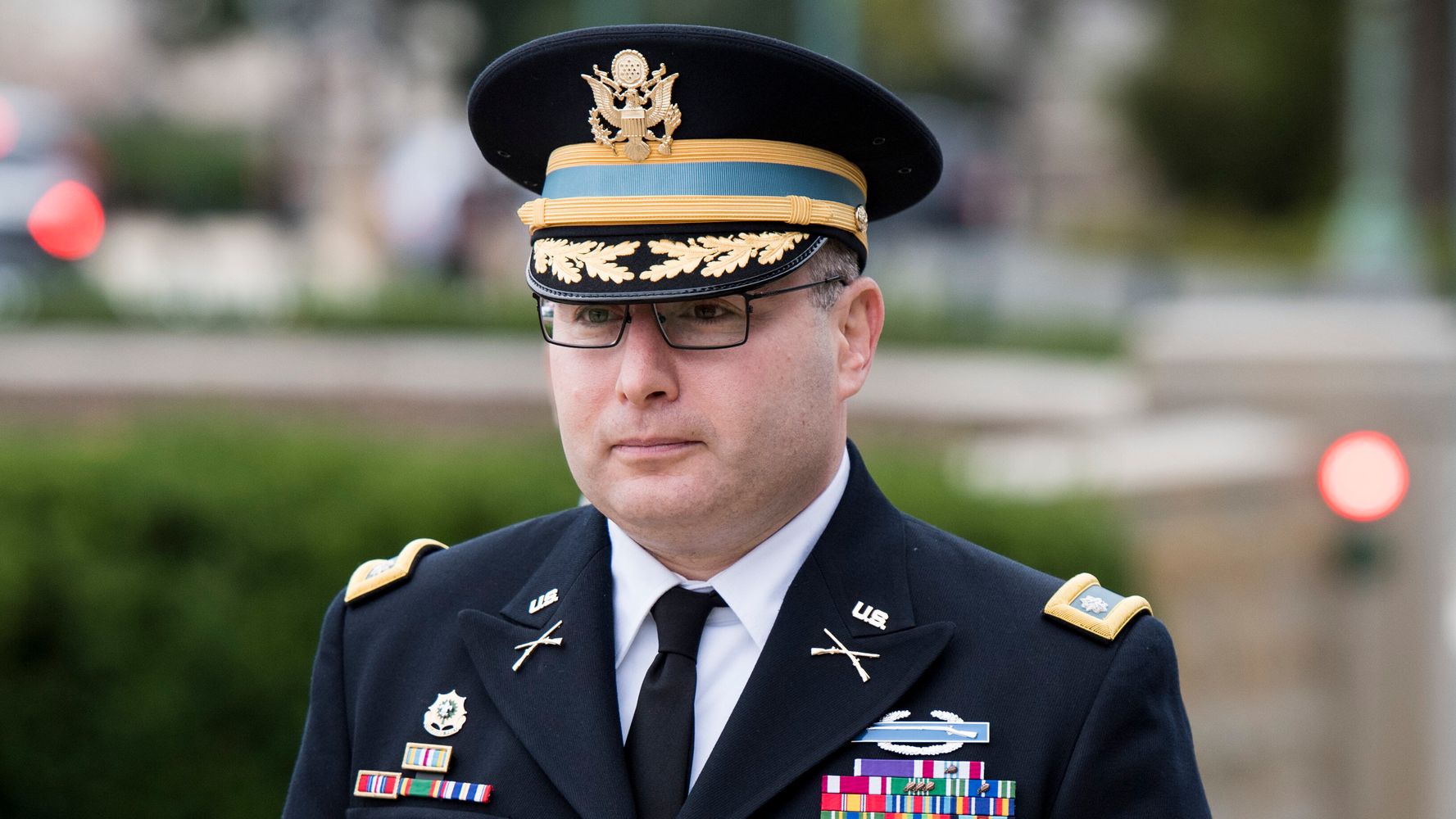 Army Lt. Col. Alexander Vindman is set to testify in the House impeachment inquiry on Tuesday, when he’s expected to tell lawmakers that he was so troubled by President Donald Trump’s July 25 phone call with Ukrainian President Volodymyr Zelensky that he reported it internally, twice.

In advance of what could be damning testimony from a White House staffer who personally listened in on the call, Trump and his allies are trying to smear the highly decorated war veteran.

Vindman, 44, currently serves as the top Ukraine expert for the National Security Council. Prior to that, the Harvard-educated officer served multiple overseas tours in South Korea, Germany and Iraq, where he was injured by a roadside bomb for which he received the Purple Heart.

“I am a patriot,” Vindman is expected to say in his opening statement, according to a copy of the remarks obtained by HuffPost, “and it is my sacred duty and honor to advance and defend our country irrespective of party or politics.”

Vindman emigrated to the U.S. from Ukraine as a child. Because Ukrainian officials reportedly asked him how to deal with Trump’s personal attorney Rudy Giuliani ― who’d inserted himself into official U.S. dealings with the country ― and those conversations may not always have been in English, Ingraham and Yoo speculated that Vindman had actually engaged in “espionage”:

Former Rep. Sean Duffy (R-Wis.) doubled down on that notion in a CNN appearance Tuesday morning, during which he questioned the officer’s motives because “he speaks Ukrainian.” Again, Vindman currently serves as the White House’s top Ukraine expert.

Duffy ignored the question when asked if his motives in relation to U.S.-Irish policy should be similarly suspect because he’s of Irish heritage, or if Rep. Mark Meadows (R-N.C.) should be mistrusted because he was born in France.

Sean Duffy on CNN on Army Lt. Col. Vindman: “It seems very clear that he is incredibly concerned about Ukrainian defense. I don’t know that he’s concerned about American policy … we all have an affinity to our homeland where we came from … he has an affinity for the Ukraine.” pic.twitter.com/dlsYlTnCwR

Trump also tried to impugn the lieutenant colonel on Tuesday morning, but he stuck to a more familiar set of talking points instead of echoing the new smears.

Supposedly, according to the Corrupt Media, the Ukraine call “concerned” today’s Never Trumper witness. Was he on the same call that I was? Can’t be possible! Please ask him to read the Transcript of the call. Witch Hunt!

Trump still contends that the summary of the July call released by the White House clears him of any wrongdoing, a claim that Senate Majority Leader Mitch McConnell (R-Ky.) has distanced himself from and that acting White House chief of staff Mick Mulvaney has effectively contradicted.