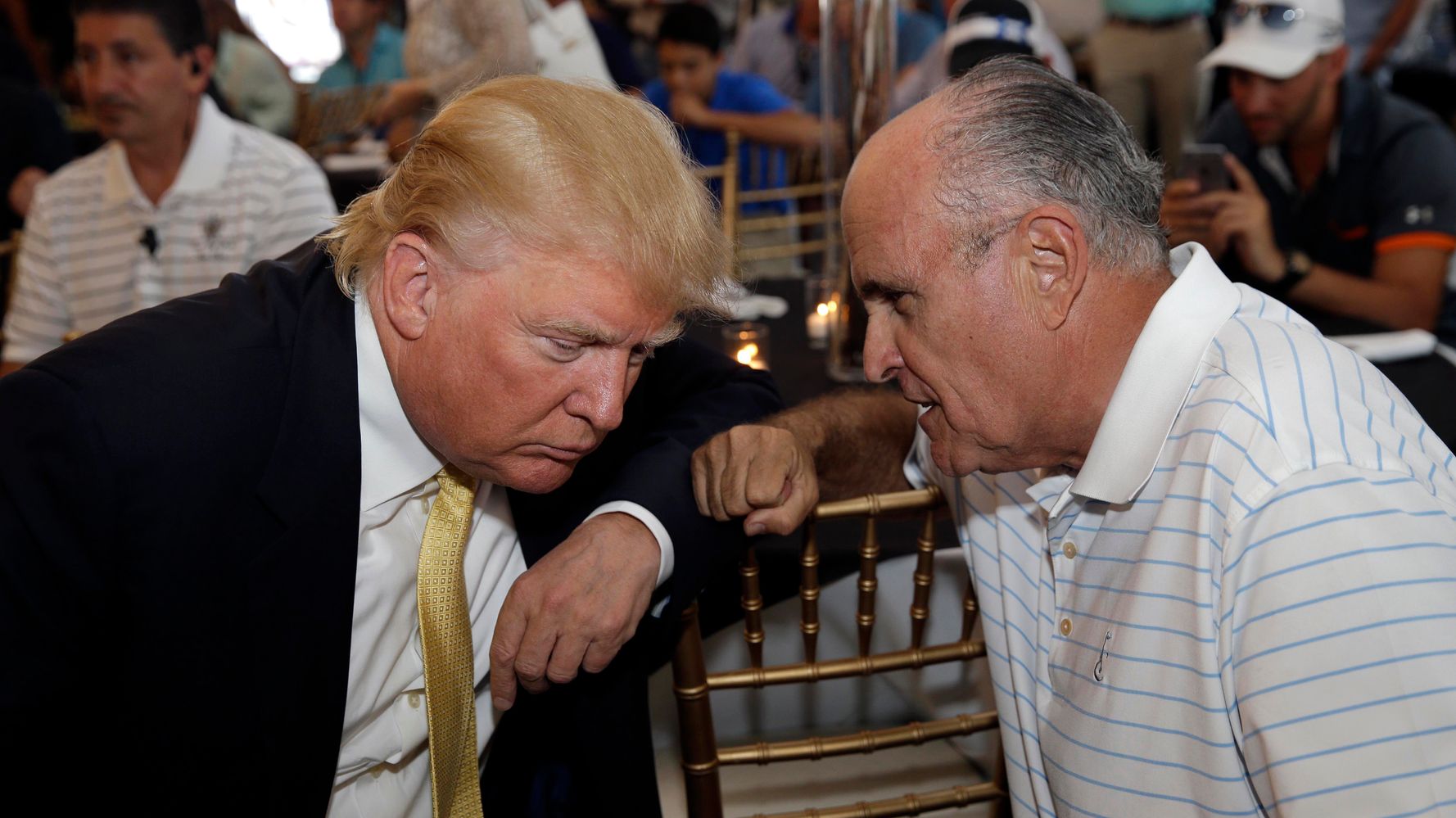 The New Yorker is giving Donald Trump and Rudy Giuliani a makeover on its latest cover, transforming them from president and personal attorney into a duo of thugs carrying out a mob-style hit on Uncle Sam.

The illustration for the magazine’s Oct. 7 issue depicts a dark-eyed Giuliani chewing on a toothpick while standing on the edge of a bridge next to Trump, who gives the cement-shoed victim a shove with both hands.

The image, aptly titled “Whack Job,” is the work of artist Barry Blitt, and was inspired by the whistleblower complaint that has helped to trigger an impeachment inquiry against Trump.

The report, which was publicly released Thursday, accuses Trump of working with Giuliani to “to solicit interference from a foreign country in the 2020 election,” citing a July phone call between Trump and Ukrainian President Volodymyr Zelensky.

A summary of the discussion has revealed that Trump urged Zelensky to aid Giuliani and Attorney General William Barr in a probe of former Vice President Joe Biden and his son, basing the investigation on unfounded corruption allegations against the Democratic presidential candidate.

Trump has since disparaged the whistleblower, attempting to upend his reputation and challenge his credibility as a majority of House lawmakers have now come out in support of an impeachment inquiry.

According to The New York Times, the whistleblower is a CIA officer who was detailed to the White House for a time and has deep knowledge of Ukrainian politics and foreign policy. He has expressed a willingness to meet with the House Intelligence Committee, Rep. Adam Schiff (D-Calif.) said Tuesday, though no timeline has been set.