Trump Announces ISIS Leader Dead After US Raid in Syria 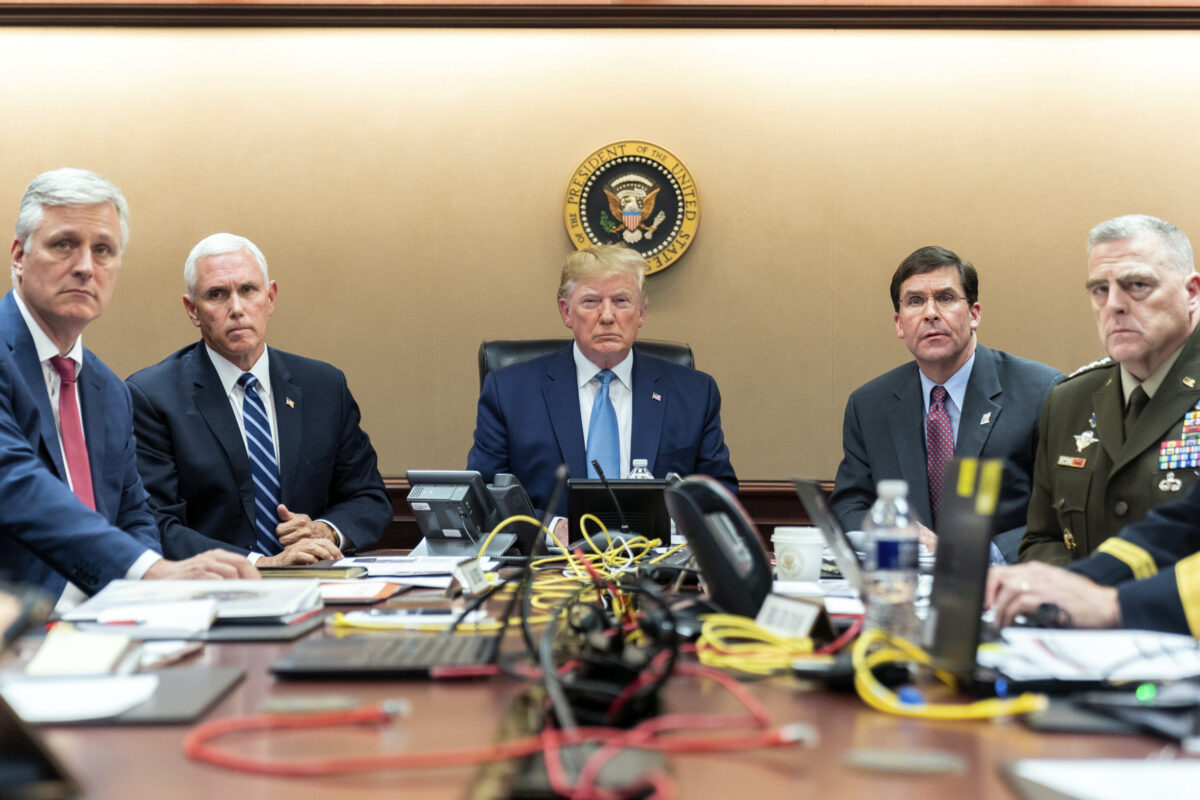 The fugitive leader of the ISIS terrorist group is now dead, President Donald Trump announced at the White House on Oct. 27, adding that capturing or killing Abu Bakr al-Baghdadi was a top national security priority under his administration.

The president noted that no U.S. personnel died in the risky nighttime raid carried out by Special Operations forces in northwestern Syria over the night of Oct. 26. A large number of Baghdadi’s fighters and companions were killed along with him.

“Last night, the United States brought the world’s No. 1 terrorist leader to justice,” Trump said. “Abu Bakr al-Baghdadi is dead. He was the founder and leader of ISIS, the most ruthless and violent terror organization in the World.”

Baghdadi died after fleeing into a dead-end tunnel, Trump said, adding that during his final moments, the ISIS leader was “whimpering and crying and screaming.”

The terrorist leader had dragged three children with him into the tunnel, and as he reached the end of it, he detonated the explosive vest he was wearing, killing himself and the children.

“His body was mutilated by the blast, but test results gave certain and positive identification,” Trump said.

Baghdadi lived his final moments in “utter fear, panic, and dread—terrified of the American Forces bearing down,” Trump said. Last month, his administration announced the killing of Hamza Bin Laden, the son of Osama Bin Laden, and in March, the ISIS “caliphate” was destroyed.

The key now for the United States is to ensure it remains engaged in the war on terror, because Baghdadi’s death could spur an immediate reaction from his supporters, Patrick Gerard Buchan of the Center for Strategic and International Studies (CSIS) said.

“Baghdadi died the coward that he always was,” Buchan, who is director of CSIS’s U.S. Alliances Project, told The Epoch Times. “ISIS has been crippled. But as we have seen, whether its from al-Qaeda to ISIS, groups do morph and change, they change names, they change geographic locations, so you have to continue to cut the head off the snake.

“Declaring victory and walking away from the war on terror will not work. The United States must remain engaged to ensure that another leader doesn’t rise again.”

Trump said the death of the ISIS leader was another reminder that the United States will “continue to pursue the remaining ISIS terrorists to their brutal end.”

The day before the announcement, Trump hinted there would be major news coming, saying on Twitter, “Something very big has just happened!”

Mark Cancian, senior adviser at the International Security Program at CSIS, told The Epoch Times that while the death of Baghdadi is significant, the fight against ISIS is not over.

“The killing of Baghdadi brings justice to the world’s foremost terrorist and sends a message to his organization that it is failing and that there is no place to hide,” he said via email.

“However, we must keep in mind that the killing of a terrorist leader, no matter how prominent, does not signify the end of the conflict. Osama bin Laden has been dead for eight years, yet his organization lives on.”

U.S. forces stayed in the area for approximately two hours after the mission was done, where they took “highly sensitive material and information from the raid,” Trump said. Baghdadi has led ISIS for the last five years.

A reporter asked Trump following the announcement if he had notified House Speaker Nancy Pelosi of the news ahead of time. He replied, “I wanted to make sure this was kept secret.”

The president told reporters he watched the raid as it happened, with Vice President Mike Pence and others in the White House Situation Room.

Trump said in his speech that those who oppress and kill innocent people will not sleep soundly, “knowing that we will completely destroy them.”

The president said the raid was conducted impeccably and noted it could only have been done “with the acknowledgement and help of certain other nations and people.”

“Thank you as well to the great intelligence professionals who helped make this very successful journey possible.”

Trump also thanked the American soldiers and all those involved in the operation, calling them the “very best there is anywhere in the world.”

“Last night was a great night for the United States and for the World. A brutal killer, one who has caused so much hardship and death, was violently eliminated—he will never again harm another innocent man, woman, or child,” Trump said.

Krugman Admits He and Mainstream Economists Got Globalization Wrong