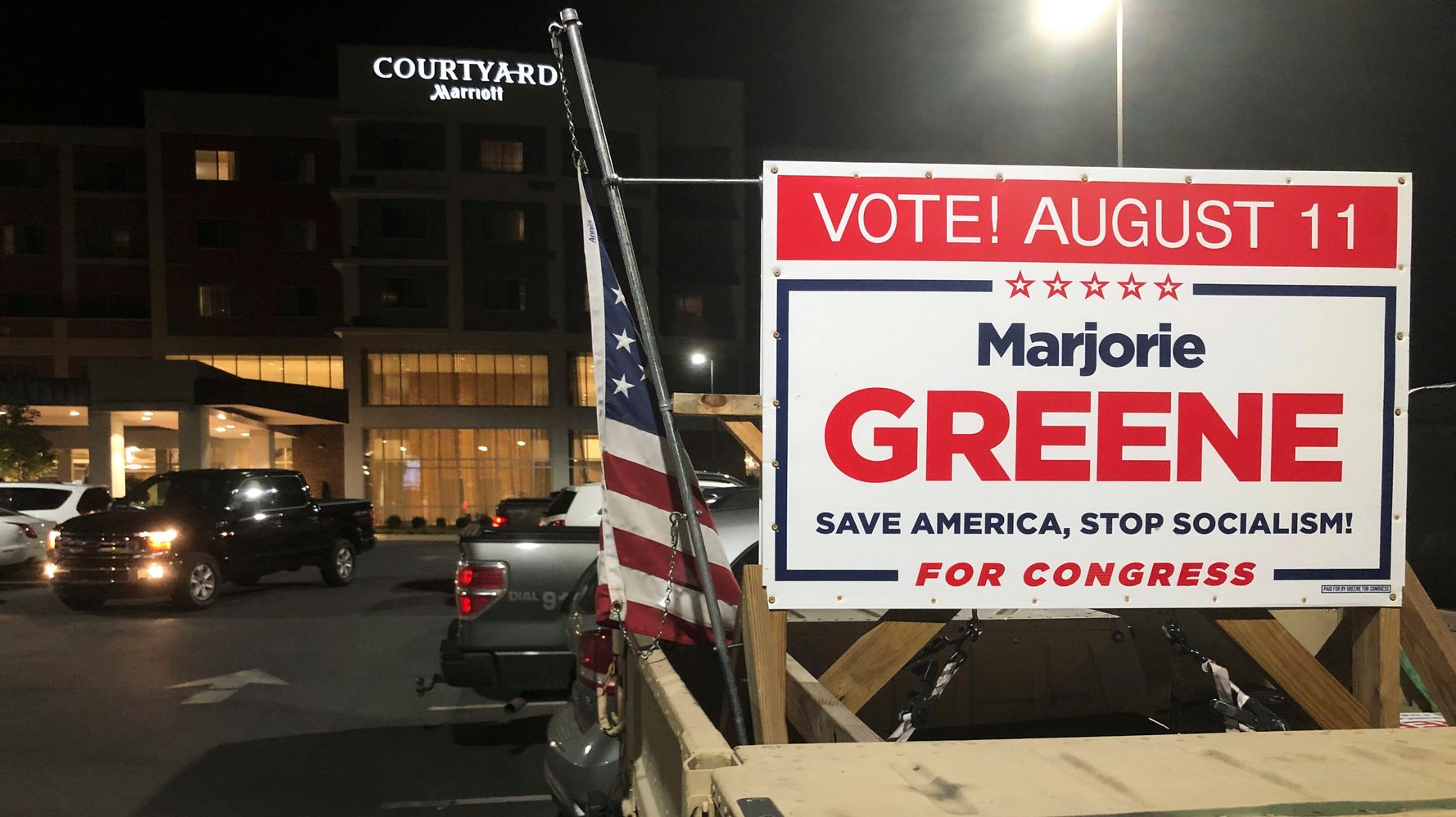 “Congratulations to future Republican Star Marjorie Taylor Greene on a big Congressional primary win in Georgia against a very tough and smart opponent,” Trump tweeted. “Marjorie is strong on everything and never gives up – a real WINNER!”

Congratulations to future Republican Star Marjorie Taylor Greene on a big Congressional primary win in Georgia against a very tough and smart opponent. Marjorie is strong on everything and never gives up – a real WINNER!

Greene overwhelmingly defeated opponent John Cowan in the runoff on Tuesday, receiving what The New York Times reported was 60% of the vote in the district northwest of Atlanta. The businesswoman will face Democrat Kevin Van Ausdal in November’s general election ― though with the district being heavily Republican, Greene has a strong chance of taking the seat.

In a 2017 YouTube video, Greene voiced her following of QAnon ― a movement of unsupported, far-right conspiracy theories with the belief that Trump is dismantling a “deep state” cabal of liberal elites who love Satan and pedophilia. QAnon followers believe that a high-ranking government official only known as “Q” is posting mysterious clues about such elites on online message boards, in hopes of rounding up and imprisoning or killing them. The FBI considers the movement a potential domestic terrorism threat.

Greene is also not the only conspiracy theorist that Trump has endorsed in Georgia ― in fact, several GOP congressional candidates have expressed support for QAnon. Rich McCormick won the GOP nomination in June for an open seat in the state’s 7th Congressional District, and has received glowing reviews on the president’s Twitter.

Congratulations to Dr. Rich McCormick (@RichforGA) on a BIG WIN in Georgia last night! We need you in Washington, D.C. badly. You have my Complete and Total Endorsement! #MAGA #GA07 https://t.co/5lvlSoaoU2

“Rich McCormick and Marjorie Taylor Greene are cut from the same cloth,” said Carolyn Bourdeaux, McCormick’s Democratic opponent, in a statement. “This November, Rich McCormick will have to answer for his party’s bigoted, anti-Semitic rhetoric at the ballot box. Georgians deserve a leader who will bring people together to get us through this crisis ― not someone who parrots dangerous conspiracy theories.”

Scott Hogan, executive director of Georgia’s Democratic Party, said Tuesday in a statement that far-right extremism “is on the ballot across Georgia,” and that Greene’s win represents “exactly what’s wrong with today’s GOP.”

“Georgia Republicans own this crisis and their mealy-mouthed statements can’t hide the fact that Marjorie Taylor Green’s nomination is a stain on their party,” Hogan said.