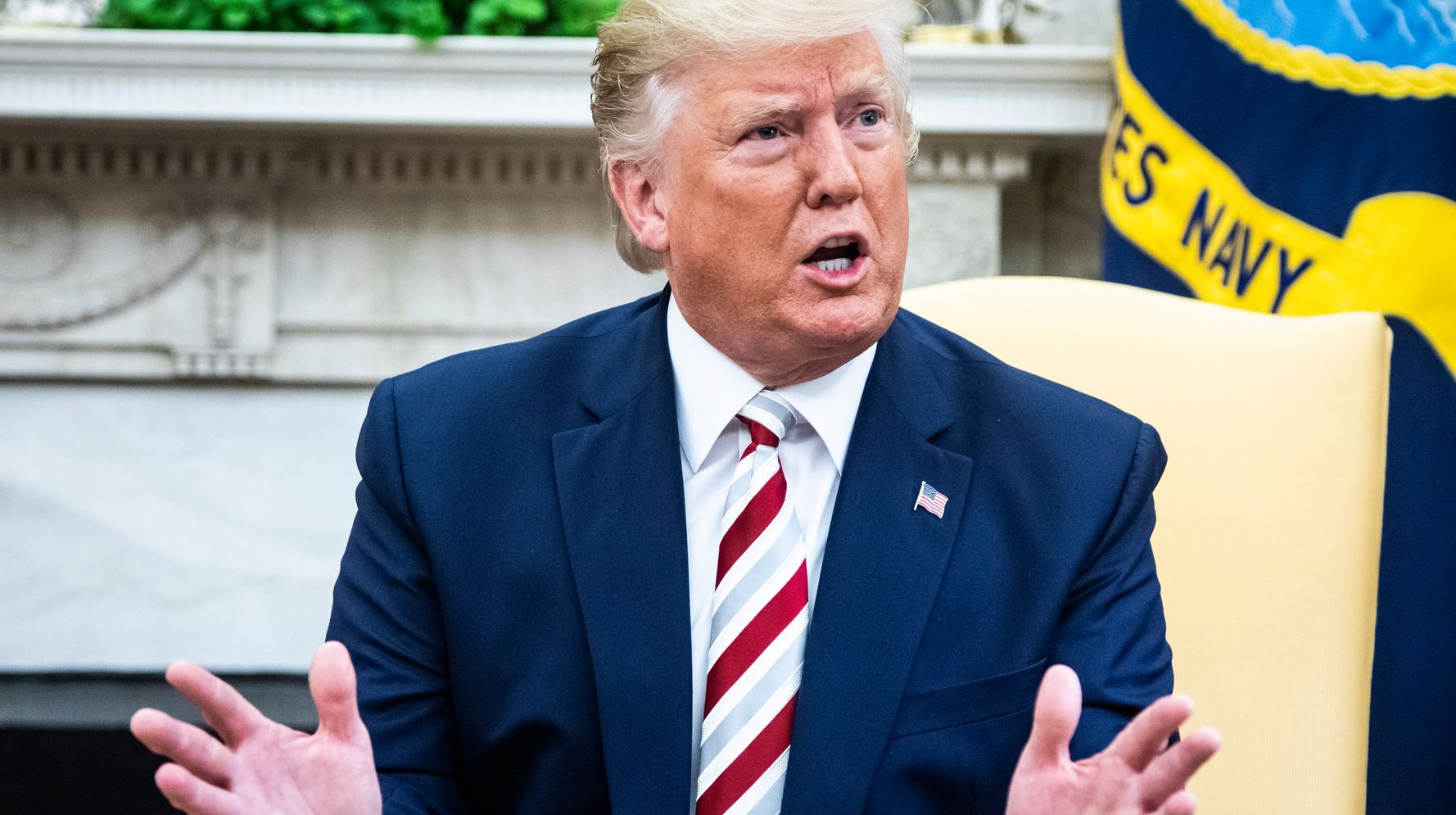 President Donald Trump on Tuesday acknowledged that trade wars may not be so “good” or “easy to win” as he claimed last year when he announced tariffs on steel and aluminum imports.

When a country (USA) is losing many billions of dollars on trade with virtually every country it does business with, trade wars are good, and easy to win. Example, when we are down $100 billion with a certain country and they get cute, don’t trade anymore-we win big. It’s easy!

In remarks at the White House following a meeting with the president of Romania, Trump dismissed what he called the “short-term” negative economic effects of his trade war with China and argued that rising tariffs are needed to give the U.S. more leverage in ongoing trade talks.

“China has been ripping this country off for 25 years ― for longer than that. And it’s about time, whether it’s good for our country or bad for our country short term,” Trump said, citing the trade deficit and costly intellectual property theft by Chinese companies.

But the bad economic news is piling up for the president. The financial markets signaled the possibility of a recession last week due to growing investor concerns about the trade war, which has battered U.S. farmers and manufacturers. The nonpartisan Congressional Budget Office reported this week that Trump’s trade policies are doing more harm to the economy than it projected in January. It now expects those policies to reduce the real gross domestic product by 0.3% by 2020, or $580 per household on average.

On Tuesday, Trump seemed to acknowledge the turmoil on Wall Street, even as he argued the U.S. has “no choice but to” impose tariffs on goods made in China.

“My trade deals aren’t causing a problem. This is something that had to be done,” he said. “I could be sitting here right now with a stock market that would be up 10,000 points higher if I didn’t want to do it.”

In another tacit admission, Trump said his administration may offer some form of aid to U.S. companies like Apple that are struggling as a result of the trade war.

“If I didn’t help them, they would ― I mean, they would be ― they would have a big problem,” he added, without offering details about the form of assistance.

Trump’s remarks come in the wake of his decision earlier this month to delay another round of tariffs on goods from China from Sept. 1 to Dec. 15 ― an apparent effort to boost the critical consumer spending sector during the holiday shopping season. His administration is also considering other ways to encourage consumer spending and economic growth, like a temporary cut in payroll taxes and further interest rate cuts by the Federal Reserve.

All these developments reveal the growing concern about the economy among Trump and his top aides, despite the president’s claims otherwise ― and his efforts to shift blame for any bad economic news. On Wednesday, for example, Trump accused the media of somehow attempting to manufacture a recession.

“Our Economy is sooo strong, sorry!” he tweeted.

The Fake News LameStream Media is doing everything possible the “create” a U.S. recession, even though the numbers & facts are working totally in the opposite direction. They would be willing to hurt many people, but that doesn’t matter to them. Our Economy is sooo strong, sorry!