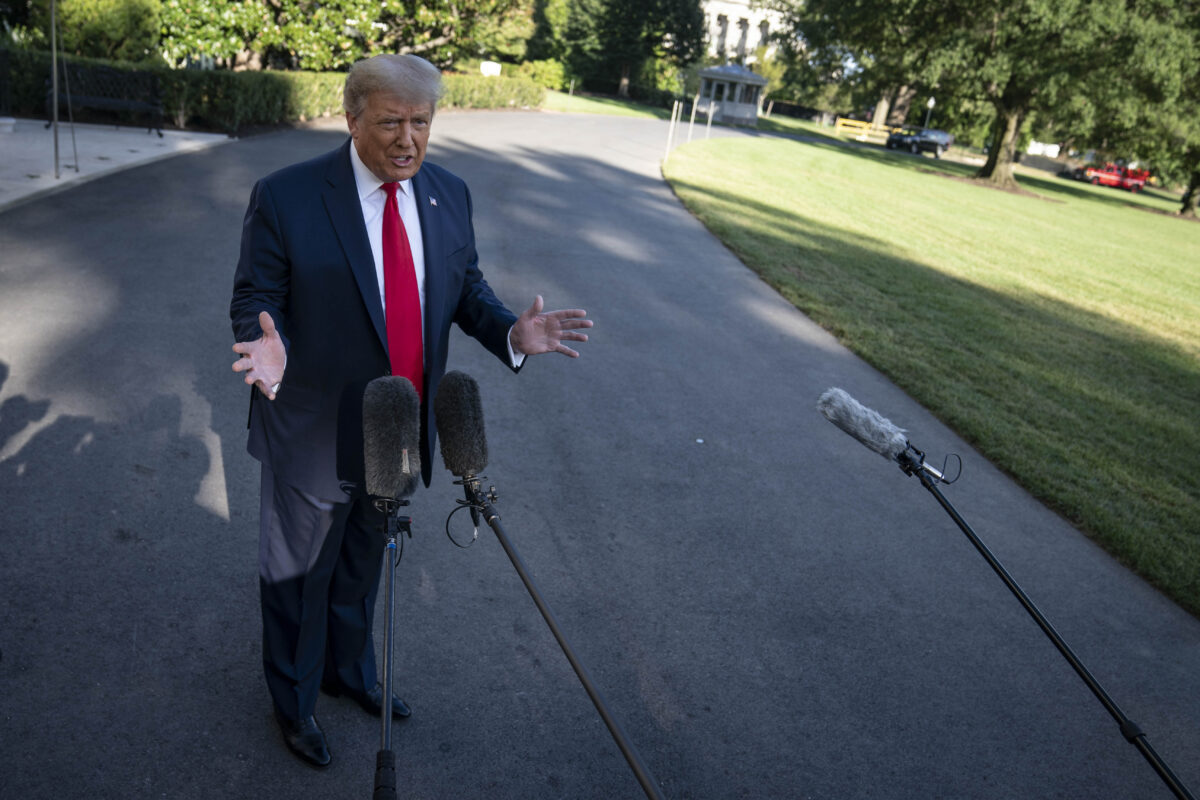 “This week #potus45 @realdonaldtrump called both of our deputies to check on their spirits, wish them a speedy recovery and remind them that the #american people are behind them and that the coward that harmed them will be brought to #justice!!” the Bureau wrote on Facebook over the weekend.

The department also shared several pictures of the 31-year-old mother and LA county police officer lying in a hospital bed, recovering from her wounds.

The unidentified officer is pictured with a writing pad in her lap to respond to Trump because she is not yet able to speak after the Sept. 12 shooting resulted in her being shot multiple times, including in the jaw.

The post added that the injured officer’s husband and LASD sergeant Frederickson—one of her colleagues—were at her bedside in an intensive care unit to relay her answers to the president during the call.

A second LA county deputy, who was only identified as a 24-year-old male, was released from the hospital late last week, both officers were shot multiple times, Los Angeles County Sheriff Alex Villanueva said.

“Great news, one of those deputies was released from the hospital today,” Villanueva wrote on Twitter last week. “He has a long road ahead for recovery. But he’s not alone. We, as a community, are in this together.”

The department also said the national and international support the injured officers have received has been overwhelming, “but also very much appreciated,” adding that “both of the deputies and their families were very appreciative” about receiving a call from the president.

We at @LASDHQ appreciate the outpouring of prayers and support you have shown for our ambushed deputies.

Great news, one of those deputies was released from the hospital today. He has a long road ahead for recovery. But he’s not alone. We, as a community, are in this together.

The man who shot the two deputies is still at large, and the reward for information leading to his arrest has risen to $675,000, officials said, according to a Fox News report.

A GoFundMe fundraising page has raised more than $700,000 for the deputies. The funds will be sent to the deputies through the deputies’ union relief fund, the ALADS C.A.R.E.S. Foundation, the page’s manager said. The foundation is also accepting donations.

Americans have “truly shown how wonderful they are” by sending letters and emails of support, flowers, cards, and donations every day since the shooting, the sheriff’s department stated on social media.