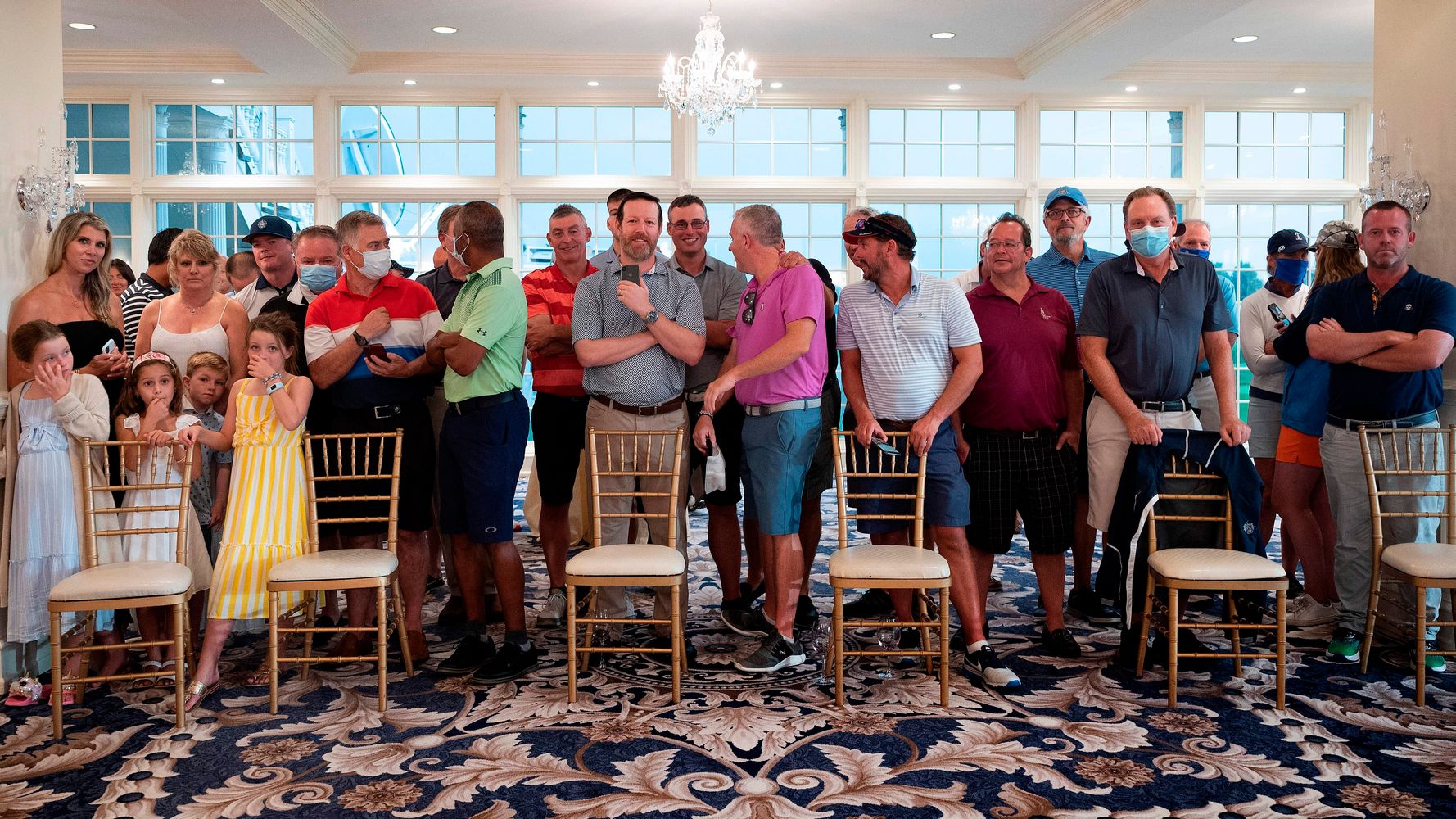 President Donald Trump had dozens of guests at a press conference at his club in New Jersey, most of whom didn’t socially distance and some who didn’t wear masks for a time — appearing to flout state rules limiting indoor gatherings amid the pandemic and putting at risk the health of members of the media.

At the news conference held at Trump’s private golf club in Bedminster, which Trump announced late Friday, a reporter noted that Americans continue to die of COVID-19 nationwide, and yet, “in this room, you have dozens of people, you’re not following the guidelines of New Jersey.” New Jersey’s latest order limits indoor gatherings to 25 people in an effort to curb the spread of the virus. More than 40 people can be counted in photos from the news conference.

Under the state’s order, there are exceptions for funerals, religious services and political activity, which can have up to 100 people. Yet Trump had announced this as a news conference, not a campaign rally.

“And to me, they look like they all have — pretty much all have — masks on,” Trump added.

“You could call it political activity, but I’d call it peaceful protest, because they heard you were coming up and they know the news is fake,” the president went on, to cheers from the guests. “If the press in this country were honest, it wasn’t corrupt, if it wasn’t fake, our country would be so much further ahead. But we’re doing really great.” Trump then left, to more cheers from his guests.

As reporters waited for the news conference to start, photos showed guests standing close together, many of them without masks on. Later, staff apparently handed out masks to Trump’s guests. The guests reportedly had their temperatures taken prior to the event.

this is the scene pic.twitter.com/SbO20iBxa4

New Jersey Gov. Phil Murphy’s office declined to comment. The White House did not immediately respond to a request for comment.

The U.S. continues to lead the world in coronavirus cases and deaths, with more than 4.9 million confirmed cases and over 161,000 dead so far.