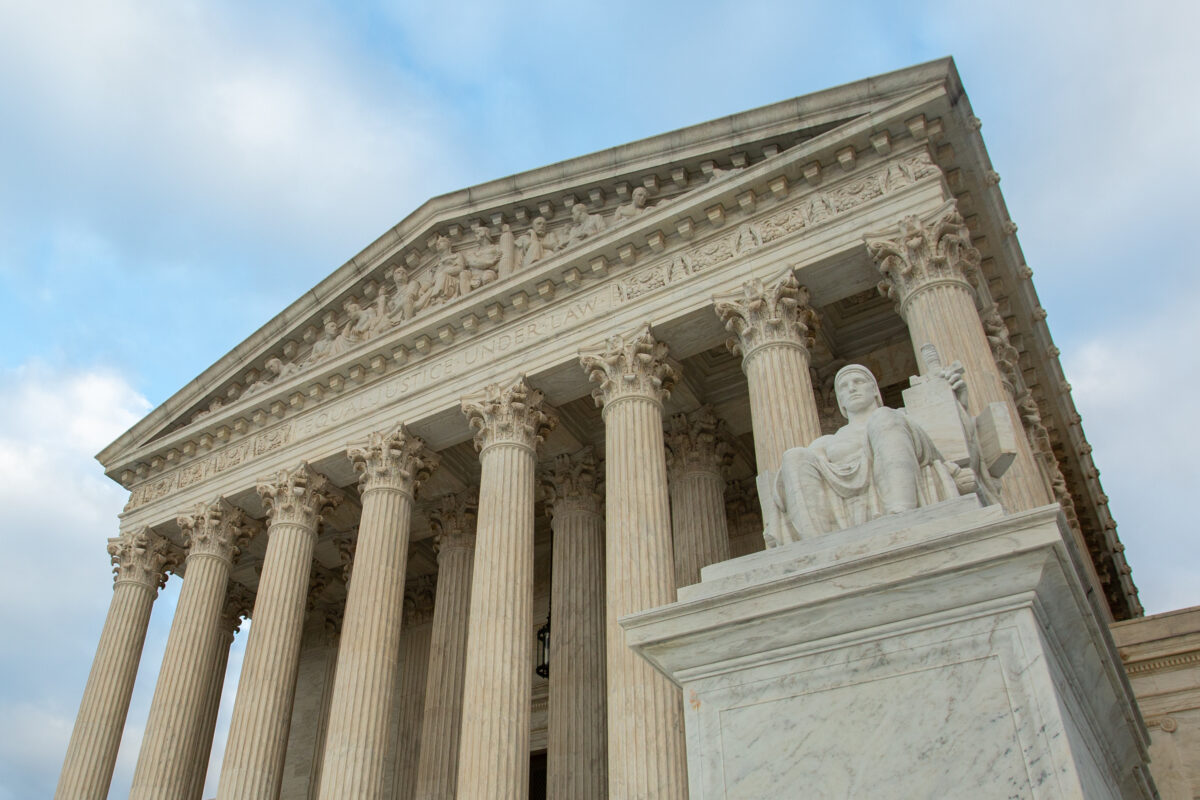 President Donald Trump has urged the Supreme Court to strike down the Obama-era Deferred Action for Childhood Arrivals (DACA) program, reiterating that a bipartisan deal could be reached if the top court rules in his favor.

His comments come weeks ahead of the high court’s November hearing to review the constitutionality of the immigration program that for seven years had provided amnesty to thousands of illegal immigrants who were brought into the United States as minors and prevents them from being deported.

“If the Supreme Court upholds DACA, it gives the President extraordinary powers, far greater than ever thought,” Trump wrote in a Twitter post on Wednesday.

“If they do what is right and do not let DACA stand, with all of its negative legal implications, the Republicans and Democrats will have a DEAL to let them stay in our Country, in very short order. It would actually benefit DACA, and be done the right way!” he added.

….DACA stand, with all of its negative legal implications, the Republicans and Democrats will have a DEAL to let them stay in our Country, in very short order. It would actually benefit DACA, and be done the right way!

The president again pointed out that President Barack Obama had previously admitted that he did not have the right to sign DACA but proceeded anyway.

“President Obama said that he did not have the right to sign DACA, that it will never hold up in court. He signed it anyway!” Trump said.

Prior to signing the executive order to implement the program in 2012, Obama acknowledged that he lacked the constitutional and legal authority to create the immigration program. According to the Heritage Foundation, Obama declared in 2010 that “I am not king. I can’t do these things just by myself” while responding to demands to implement immigration reforms. Then in 2011, he said, “[with] respect to the notion that I can just suspend deportations through executive order, that’s just not the case.”

Later that year, Obama said he couldn’t “just bypass Congress and change the [immigration] law myself. … That’s not how a democracy works.” But in 2012, he did it anyway by executive action.

Supreme court justices returned to the bench for a new term on Monday, where they are poised to hear several high profile cases on major issues. Over the past week, law academics, universities, lawyers, and other supporters of the DACA program have filed amicus briefs to urge the Supreme Court to support DACA recipients.

There were about 700,000 DACA recipients in September 2017—when the Trump administration announced an end to the program saying it would throw out all new applications and take appropriate actions to phase out the program—according to the U.S. Citizenship and Immigration Services (USCIS) (pdf).

Then-Attorney General Jeff Sessions wrote in a letter (pdf) to the Department of Homeland Security (DHS) at the time explaining the reasons for the termination.

“DACA was effectuated by the previous administration through executive action, without proper statutory authority and with no established end-date, after Congress’ repeated rejection of proposed legislation that would have accomplished a similar result. Such an open-ended circumvention of immigration laws was an unconstitutional exercise of authority by the Executive Branch,” he wrote.

The decision to end the program was met with much opposition. Multiple federal courts ruled against Trump’s move to end DACA, with some federal judges ruling that Trump could not terminate the program and ordering USCIS to continue accepting and adjudicating on DACA renewal applications.

On June 28, the Supreme Court decided to review the constitutionality of DACA—which was widely viewed as a temporary win for the Trump administration. A ruling on this case will likely come in 2020.

Last month, Trump said a bipartisan bill that would “benefit all” would be possible if the Supreme Court rules in his favor.

“DACA will be going before the Supreme Court. It is a document that even President Obama didn’t feel he had the legal right to sign–he signed it anyway! Rest assured that if the SC does what all say it must, based on the law, a bipartisan deal will be made to the benefit of all!” Trump wrote on Twitter.