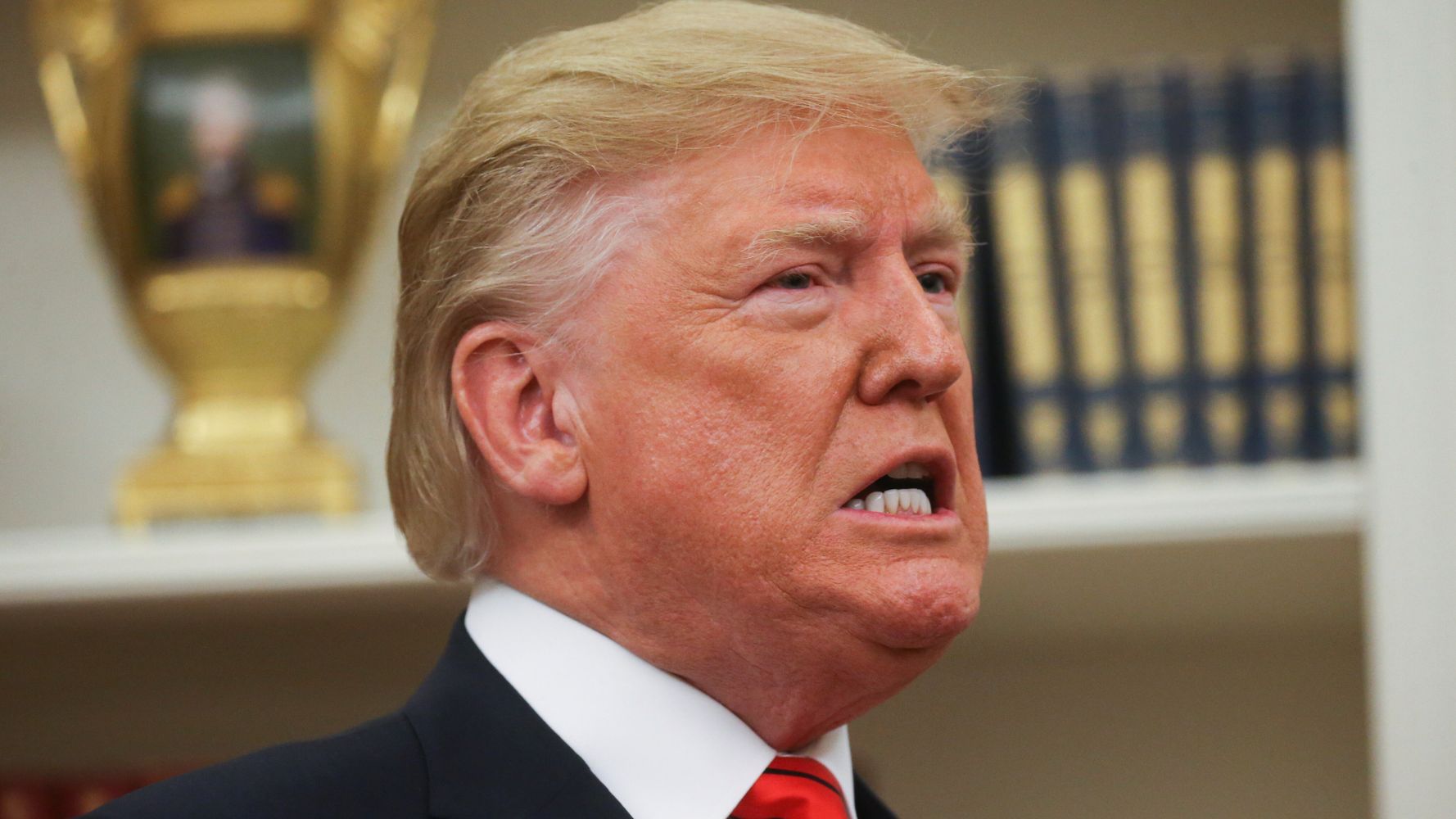 President Donald Trump on Tuesday congratulated Chinese President Xi Jinping on 70 years of Communist Party rule while GOP lawmakers marked it as a grim occasion amid ongoing protests for democracy.

Trump offered his praise in a tweet Tuesday morning shortly after clashes between authorities and activists reached a fever pitch when Hong Kong police shot a teenage demonstrator at close range, hitting him in the chest.

Congratulations to President Xi and the Chinese people on the 70th Anniversary of the People’s Republic of China!

Unlike Trump, his fellow Republicans aren’t celebrating and instead slammed the Chinese government’s abuses of power.

In a joint statement, Reps. Mike Gallagher of Wisconsin and Liz Cheney of Wyoming said it was “an opportunity to remember the victims, past and present, of the Chinese Communist Party.”

“Today the CCP continues to wage a campaign of aggression at home and abroad,” they said, describing the country as “a nightmarish totalitarian dystopia.”

“It is for [Chinese citizens’] future, as well as that of their fellow victims in Xinjiang, in Hong Kong, Taiwan, and beyond, that we rededicate ourselves to ensuring that the Chinese Communist Party is left on the ash heap of history,” they continued.

Today marks the 70th anniversary of the founding of the People’s Republic of China. This is not a day for celebration. Rather, as @Liz_Cheney and I argue, it is an opportunity to remember the victims, past and present, of the Chinese Communist Party. pic.twitter.com/Z5EW94wIt0

Sen. Tom Cotton of Arkansas and Reps. Richard Hudson of North Carolina and Chip Roy of Texas were among others within the GOP who spoke out, calling the anniversary “lamentable” and condemning the shooting of the protester.

According to The Associated Press, the teen is in critical condition. Hong Kong Police Commissioner Stephen Lo has defended the use of force as “reasonable and lawful,” claiming the officer responsible was acting in fear of his life, the outlet reported.

Hudson said he was “alarmed” by the action, demanding the government “show restraint.”

“The People’s Republic of China is a repressive regime with a terrible human rights record, and I stand with its citizens in their quest for democracy and self-determination,” he continued.

We are all born with a God-given thirst for liberty and freedom.

As President Ronald Reagan once said, “freedom and democracy will leave Marxism and Leninism on the ash heap of history.”

The Butchers of Beijing celebrate 70 years of communist tyranny by shooting a student marching for freedom in Hong Kong. What a sadly appropriate way to mark a dark, lamentable anniversary. https://t.co/UbC3qQDKTV

Meanwhile, Fox News analyst Brit Hume and other conservative media figures delivered scathing and direct rebukes of Trump’s tweet, dismissing any notion that the anniversary was worth fanfare.

“This is gross,” Hume wrote. “Celebrating a brutal dictatorship on its survival.”

This is gross. Celebrating a brutal dictatorship on its survival. https://t.co/AlXd2gZiow

DO 👏NOT 👏CONGRATULATE 👏COMMUNIST 👏REGIMES👏 (did I do the clapping thing right?) https://t.co/JRfslEi2UE

This anniversary is a cause for lamentation, not celebration. https://t.co/dnLFt7m8RA

I don’t celebrate the Soviet revolution in Russia, the Nazi takeover of Germany, or the Khmer Rouge taking power in Cambodia.

For the same reasons, I do not celebrate Chairman Mao’s revolution in China. https://t.co/StTa32kq7H