Trump Claims Those Fleeing Bahamas Could Be ‘Very Bad People’ 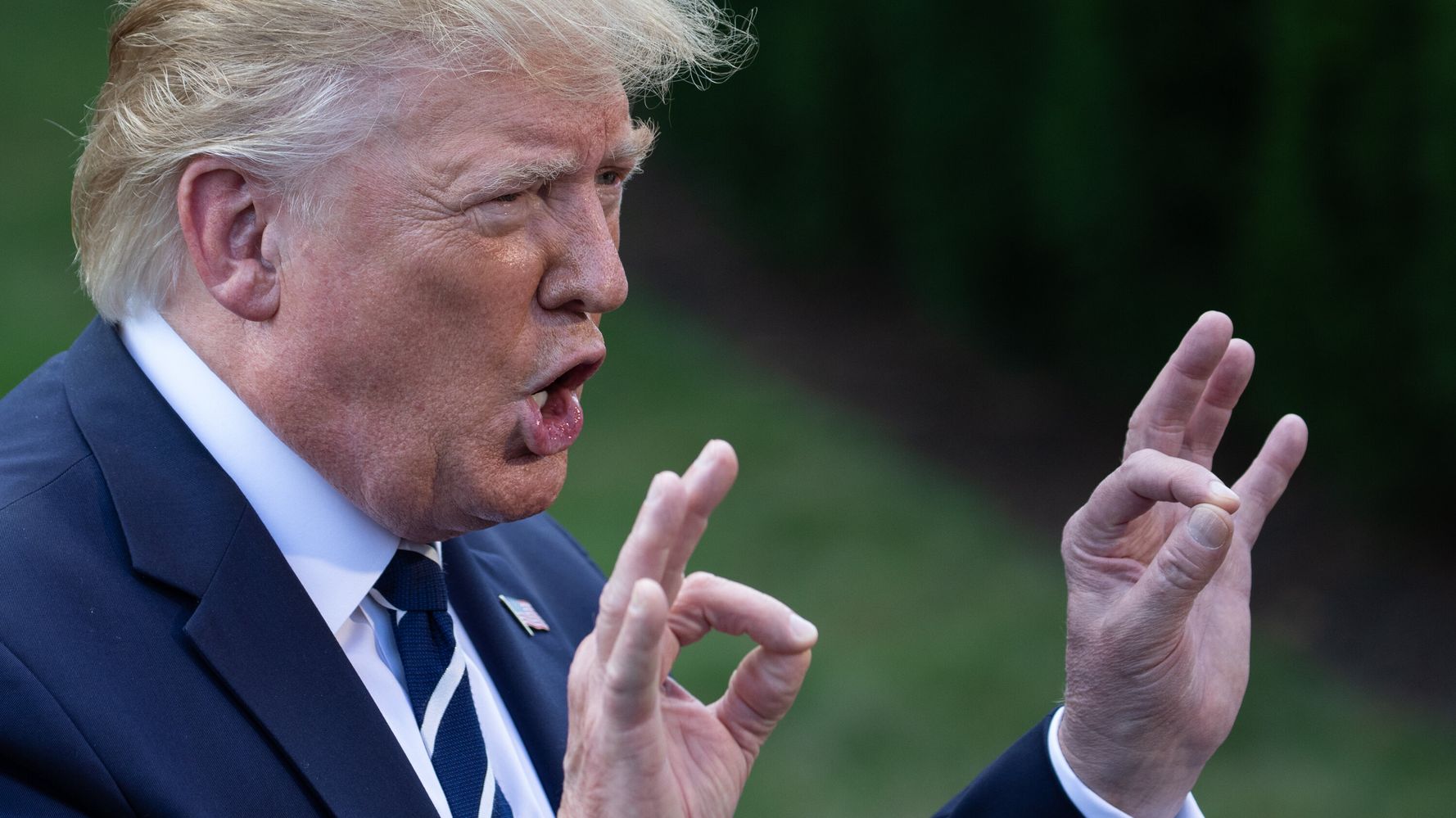 President Donald Trump on Monday urged caution in admitting people into the U.S. from the Bahamas, claiming ― with no apparent basis in fact ― that “very bad people” could be hidden among the hordes of Hurricane Dorian survivors attempting to flee the devastated archipelago.

“We have to be very careful,” he told reporters outside the White House before heading to a North Carolina campaign rally. “Everyone needs totally proper documentation because the Bahamas had some tremendous problems with people going to the Bahamas who weren’t supposed to be there.”

The president went on to assert, without evidence, that the people leaving the islands could include criminals.

Dozens of people were killed in the Bahamas as a result of the Category 5 storm, and some 70,000 people there have reportedly been left homeless.

Pres. Trump on hurricane survivors trying to leave the Bahamas: “We have to be very careful. Everyone needs totally proper documentation…I don’t want to allow people who weren’t supposed to be in the Bahamas to come into the United States, including some very bad people.” pic.twitter.com/NK66ftrC6o

Trump spoke just hours after Mark Morgan, acting commissioner of U.S. Customs and Border Protection, announced that the U.S. is fast-tracking its immigration procedures to help process new arrivals from the Bahamas.

However, he also advocated for attention to security matters.

“That doesn’t mean we do this with a blind eye,” Morgan said, according to Reuters. “We still have to balance the humanitarian need and assistance of those that need it versus the safety of this country. So we still go through that process but we’re expediting this process.”

On Sunday, more than 100 Bahamians without visas were reportedly told to leave a ferry from Freeport, Bahamas, to Florida.

Brian Entin, a journalist for Miami’s Fox-affiliated WSVN-TV, shared footage of the scene on Twitter.

“This is not normal,” he wrote, adding that people from the Bahamas can usually enter the U.S. with a passport and a copy of their police record.

According to the CBP website, that rule is true for those traveling to the U.S. by air ― but for people traveling by ship, a visa is required.

Big problems on the ferry from Freeport to Florida — announcement just made that any Bahamian without a visa must now get off. This is not normal. Nornally Bahamians can travel to USA with passport and a printout of their police record. This is a mess. pic.twitter.com/DESUm2qBGE

CBP Commissioner Kevin McAleenan later explained that the incident was the result of confusion in the aftermath of Dorian, WSVN reported.

In a statement released Monday, Sen. Rick Scott (R-Fla.) also attributed the episode to “confusion,” urging CBP officials to “work with the Bahamian government to clarify the current visa rules & set up a temporary site at ports of entry.”

As Bahamians seek refuge or start to rebuild after #Dorian, we cannot have the kind of confusion that occurred last night in Freeport.

I encourage @CBP to work with the Bahamian government to clarify the current visa rules & set up a temporary site at ports of entry. pic.twitter.com/kvfhpqGHqJ

In a statement of his own, Sen. Marco Rubio (R-Fla.) disputed that people without visas were ordered off the ship.

“Claim that hurricane survivors were kicked off ship due to U.S. ‘visa demands’ appears false,” he wrote. “Bahamians with a valid passport & clean record can enter U.S. without a visa. This shipping company apparently didn’t coordinate this in advance & then they didn’t want to wait.”

Claim that hurricane survivors were kicked off ship due to U.S. “visa demands” appears false.

Bahamians with a valid passport & clean record can enter U.S. without a visa.

This shipping company apparently didn’t coordinate this in advance & then they didn’t want to wait.

According to WSVN, the Bahamians who were removed from the ship, including “mothers with young children,” are still on their home island.