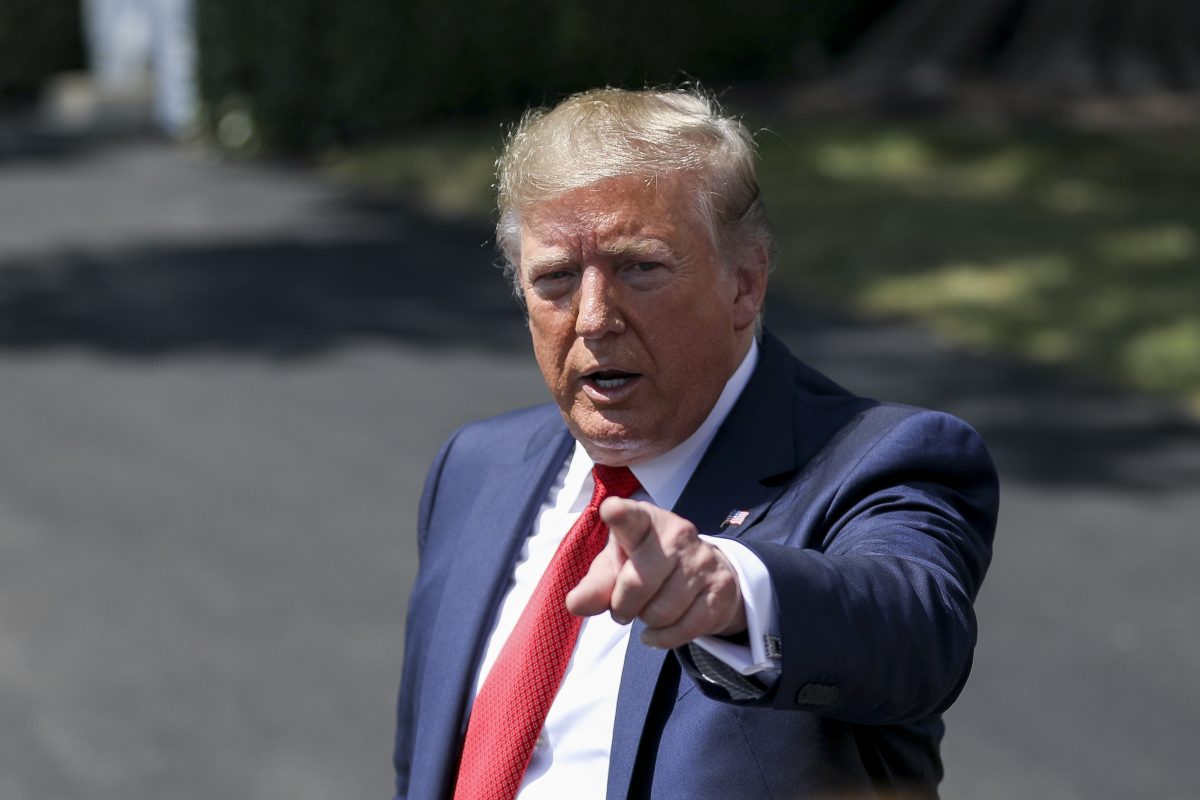 President Donald Trump sent out a set of morning tweets criticizing The Washington Post and the mainstream media on Labor Day.

Trump was apparently referring to an article published Sunday in the Washington Post outlining the president’s “incompetence and intolerance,” particularly during this summer.

Among other things, the report covered Trump’s criticism of Reps. Alexandria Ocasio-Cortez (D-N.Y.), Ilhan Omar (D-Minn.), Rashida Tlaib (D-Mich.), and Ayanna Pressley (D-Mass.), a controversial group of lawmakers known as “The Squad” who have gained notoriety opposing the president, and have been criticized for anti-Semitism.

Trump also went on to criticize the mainstream media as a whole.

“The LameStream Media has gone totally CRAZY! They write whatever they want, seldom have sources (even though they say they do), never do ‘fact-checking’ anymore, and are only looking for the ‘kill,’” he wrote.

“They are now beyond Fake, they are Corrupt… the good news is that we are winning. Our real opponent is not the Democrats, or the dwindling number of Republicans that lost their way and got left behind, our primary opponent is the Fake News Media.”

Since as far back as 2016, Trump has increasingly called out The Washington Post, along with its owner, Jeff Bezos, for posting what he says is biased and incorrect stories about him.

In 2017, investigative journalism outfit Project Veritas released an undercover video showing employees at The Washington Post explaining the publication’s bias against President Donald Trump and revealing the influence of Amazon CEO Jeff Bezos, who purchased the news outlet for $250 million in 2013.

The exposé on The Post began with Dan Lamothe, a national security reporter at the paper, telling an undercover reporter that there are two camps at the news outlet when it comes to political coverage.

On the news side, he said, the reporters are typically trying to be critical of Trump, but “also give him credit where there’s credit.” Yet, on the editorial side, he said, the “Washington Post institutional voice” has a strong and open bias against him.

“Those have become critical to the point where I’ll read some of them and I’m like whoa! Like I work for this place?” Lamothe says in the undercover video.

He said while some journalists on the news side are still covering the news, the editorial side of the Washington Post is “trying to, like, educate people but with a point of view.”

Trump has regularly been critical and mistrusting of the mainstream media’s portrayal of him and his administration.

A Harvard study by Thomas E. Patterson, Bradlee Professor of Government and the Press, highlighted how media bias was at an all-time high during the first 100 days of Trump’s presidency.

Other studies have found similar results regarding media coverage of Trump since he took office.

Joshua Philipps contributed to this Report