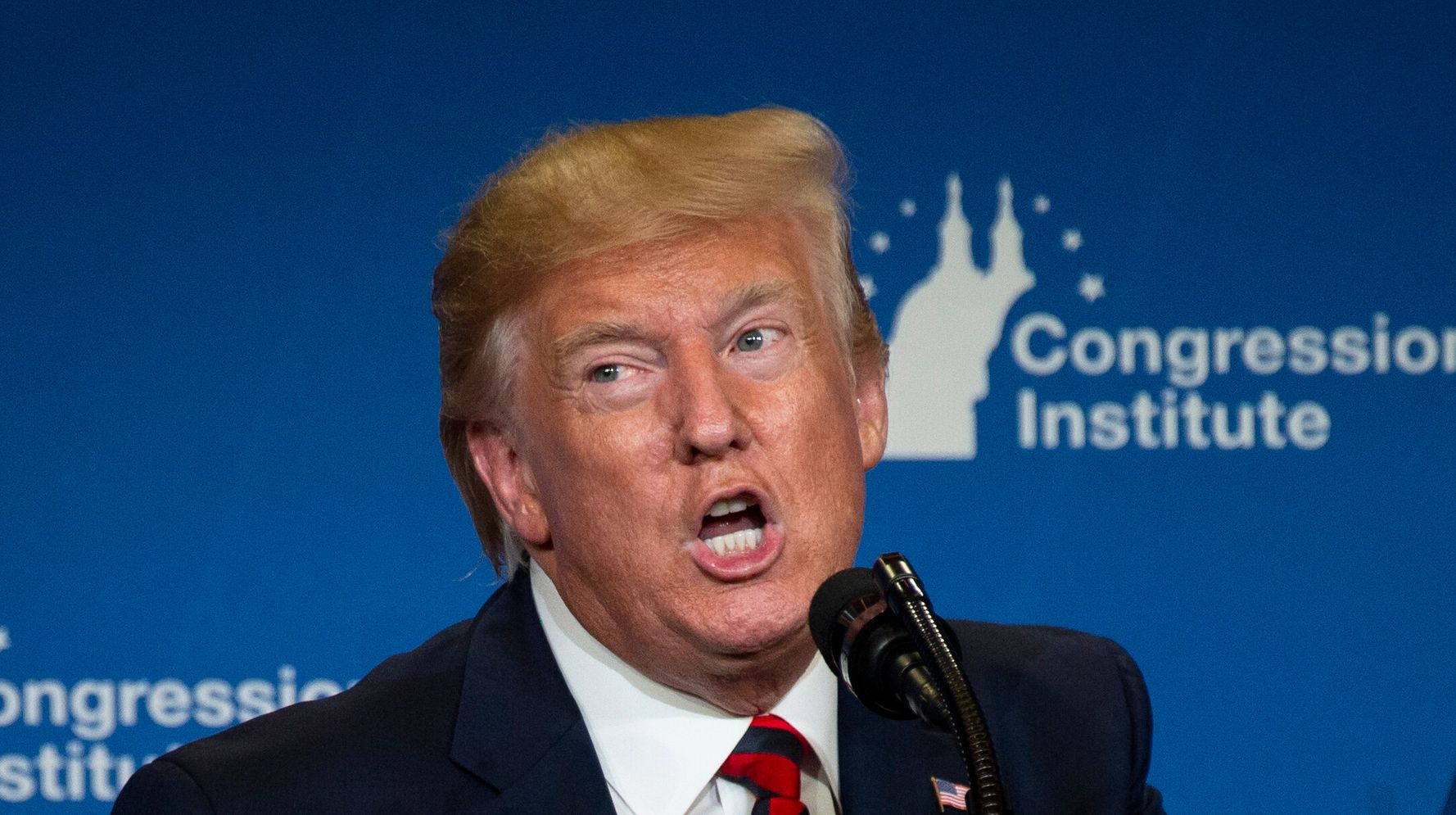 But then he immediately backtracked, slashing that to over the last 25 years and conceding that air and water were “probably” cleaner in the “first few years” because “there was nobody here.”

Trump, making no sense at all, claims that 25 years ago “there was nobody here” in America, and therefore air and water was cleaner than it is now. Twenty five years ago was 1994. pic.twitter.com/6PbqATHrqk

So air and water were cleaner at some point more the 25 years ago or when “nobody” was here; it wasn’t quite clear what he intended to say at the House Republicans’ annual retreat Thursday.

What’s particularly quirky is that Trump amended his statement as a way to fact-check himself for the press (listen to his remarks above). But it still wasn’t factual. It’s not true that the air is the cleanest in the “entire history” of the country — or even in the last 25 years. Trump has made that same inaccurate boast several times.

Some air quality trends improved from 2016 to 2018, according to the Environmental Protection Agency’s latest report. But others, including concentrations of two kinds of particulate matter and the number of days with unhealthful levels of pollutants for sensitive groups, worsened.

Worldwide, the U.S. ranks 27th for air and water quality, according to the  Environmental Performance Index. It ranks 10th for air quality but 88th on exposure to particulate matter, an indication of negative health effects, and 29th for water and sanitation. The nation is tied for first place with nine other countries for drinking water quality. But some U.S. communities are grappling with lead contamination of their drinking water.

Trump pulled out the claims again Thursday in a rambling speech before the Republican lawmakers as he defended killing an Obama-era water regulation that had increased pollution protection for waterways. He boasted earlier that his administration had repealed the “horrible, dangerous, anti-everything Waters of the United States rule.” Besides, he said, the “Clean Waters Act didn’t give you clean waters.”

Ah, 1994. The year Columbus sailed here so Washington could conquer all the airports and populate this deserted continent.

Someone needs to hand him a glass of water from Flint and make him drink it on air in front of everyone.

And how did we get cleaner air and water? With regulations!!!!!!

Who needs clean water when we have an unlimited supply of diet coke? 🙄

Sometimes Trump speaks like somebody pulled a gag on him and changed his teleprompter to,… Lorem Ipsum.