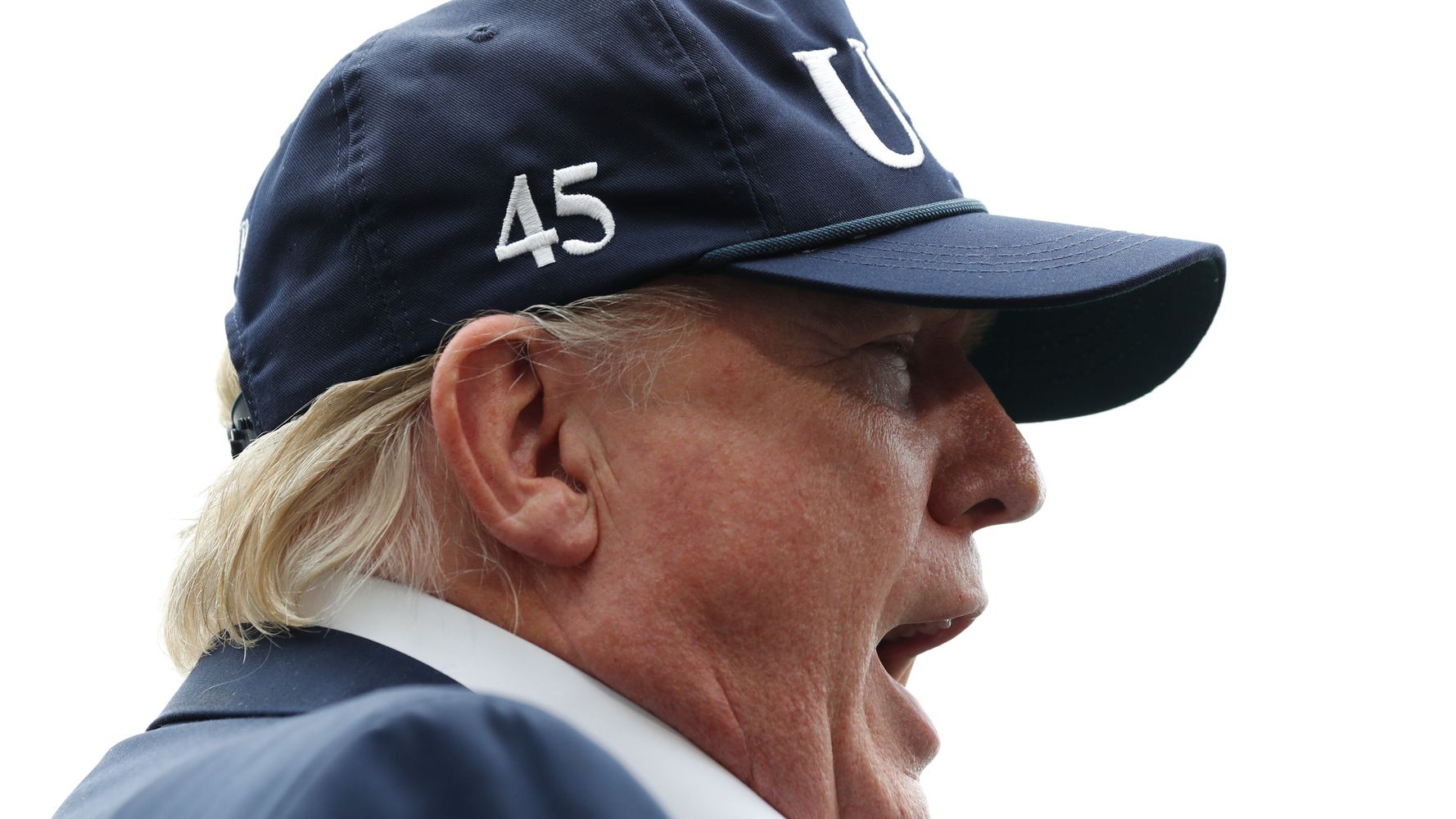 President Donald Trump lashed out at London Mayor Sadiq Khan with a pair of Tuesday morning tweets defending his golf habit after the mayor criticized him for hitting the links as Hurricane Dorian headed for the U.S. Southeast coastline.

Trump on Friday suggested he would spend all of the next day monitoring the storm at Camp David. Instead, he spent hours playing golf at his private club in Virginia. He returned to the golf course on Monday for another game.

“The incompetent Mayor of London, Sadiq Khan, was bothered that I played a very fast round of golf yesterday,” Trump wrote Tuesday, after first misspelling the mayor’s first and last names.

The incompetent Mayor of London, Sadiq Khan, was bothered that I played a very fast round of golf yesterday. Many Pols exercise for hours, or travel for weeks. Me, I run through one of my courses (very inexpensive). President Obama would fly to Hawaii. Kahn should focus on….

….”knife crime,” which is totally out of control in London. People are afraid to even walk the streets. He is a terrible mayor who should stay out of our business!

The two men have clashed repeatedly since Trump took office in 2016 and proposed banning Muslims from entering the United States; Khan is London’s first Muslim mayor.

In his tweets, Trump misleadingly compared his golfing to the ways other politicians unwind, such as by exercise or travel.

“Me, I run through one of my courses (very inexpensive). President Obama would fly to Hawaii,” Trump wrote.

His claim that his presidential golf trips aren’t costly is also wrong. Trump has already cost American taxpayers more than $110 million for golf getaways since his January 2017 inauguration, according to HuffPost’s analysis. That’s more than the travel expenses former President Barack Obama accrued over eight years, a conservative group estimated.

Trump also encouraged Vice President Mike Pence to stay at his luxury golf club in Ireland. Pence took him up on it, even though his meetings with Irish leaders are in Dublin, on the opposite side of the country.

Many critics say that by spending so many taxpayer dollars on his own properties, Trump is violating the Constitution’s emoluments clause prohibiting presidents from profiting off their role in the Oval Office.

Trump had planned to join other world leaders in Poland over the weekend to commemorate the 80th anniversary of the start of World War II. He said Hurricane Dorian ― which has devastated the Bahamas ― prompted him to cancel.

Speaking to reporters from the event in Poland, Khan noted sarcastically that Trump was “clearly busy dealing with a hurricane out on the golf course.”

The comment apparently rankled Trump, who does not often address criticisms of his golfing. According to CNN’s count, the president has so far spent 227 days of his presidency at one of his golf clubs.

Khan, Trump said, “should focus on ’knife crime,′ which is totally out of control in London.”

“He is a terrible mayor who should stay out of our business!” the president fumed.

A White House spokesperson said over the weekend that Trump was receiving hourly updates on Hurricane Dorian, which has left at least five dead in the Caribbean.

Despite this, the president incorrectly warned Alabamians on Monday to prepare for the hurricane to hit their state and doubled down on the idea when challenged ― even after officials issued a correction stating that Alabama wasn’t threatened.

Dorian has weakened from a Category 5 to a Category 2 hurricane and was still approaching Florida on Tuesday.