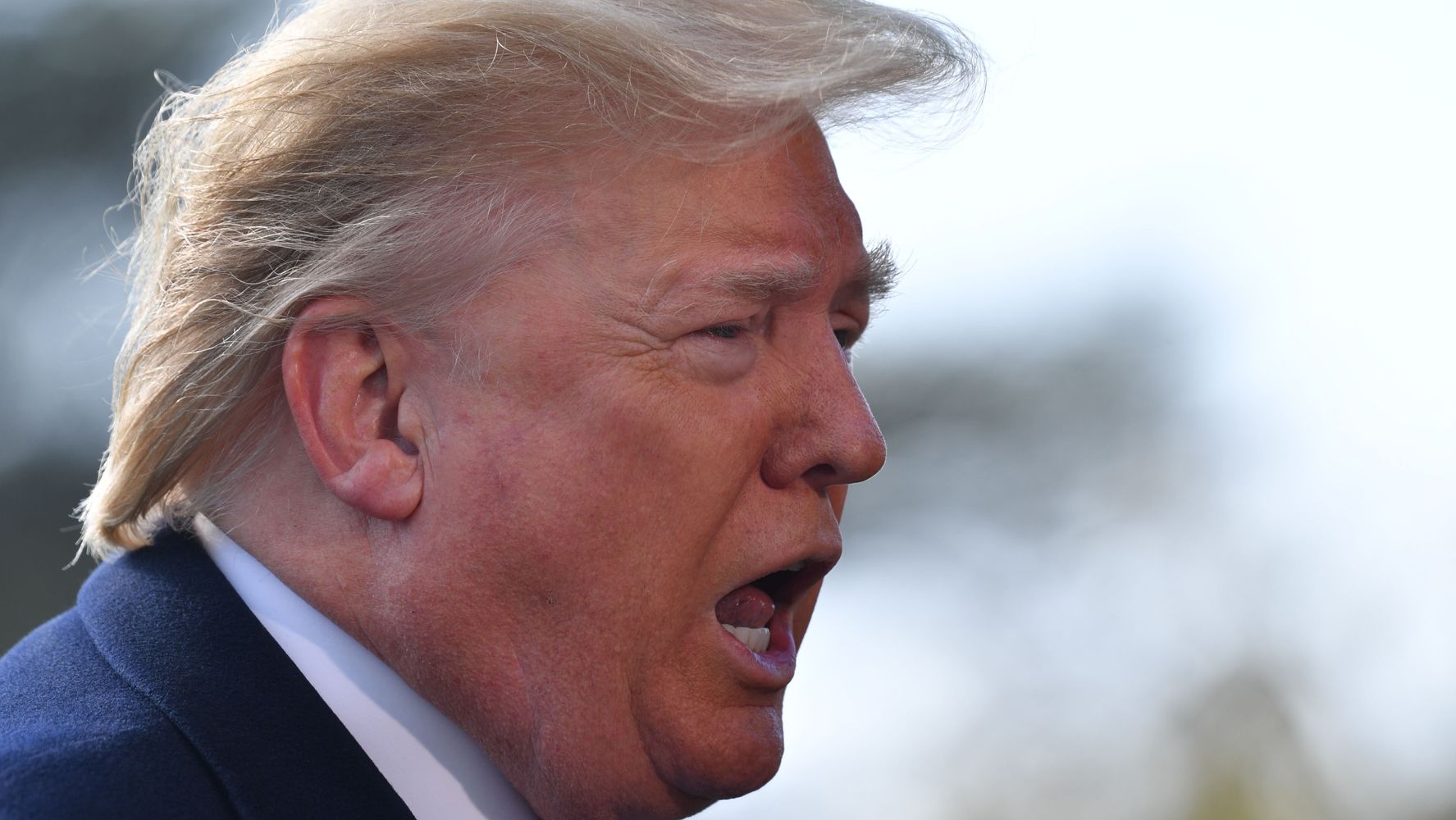 President Donald Trump said Friday the attorney for the whistleblower in the Ukraine case should be “sued” for “treason” during a tirade against the impeachment inquiry in front of reporters outside the White House.

He also said the whistleblower gave a “fake report” of Trump’s phone call with Ukraine’s president, despite the fact that it was supported by the rough transcript of the call released by the White House.

Trump claims election where he lost the popular vote was “a landslide,” says “my polls are up” (they’re not), then adds, “everything [the whistleblower] wrote in that report was a lie” (it’s broadly corroborated). He then threatens to sue whistleblower’s lawyer “for treason.” 😳 pic.twitter.com/xHWaF3mrnt

During the tirade, Trump also insisted he “hardly knows” Gordon Sondland, who donated $1 million to Trump’s inauguration committee and was appointed by the president to be the American ambassador to the European Union. A month ago, Trump called Sondland a “really good man and a great American.”

I would love to send Ambassador Sondland, a really good man and great American, to testify, but unfortunately he would be testifying before a totally compromised kangaroo court, where Republican’s rights have been taken away, and true facts are not allowed out for the public….

On Monday, Sondland modified his initial testimony before House lawmakers. He said that Trump’s pressure on Ukraine President Volodymyr Zelensky to launch an investigation into Joe Biden was effectively a quid pro quo for U.S. military aid being withheld by Trump. Sondland said he told a top Zelensky adviser that “resumption of the U.S. aid would likely not occur until Ukraine provided the public anti-corruption statement that we had been discussing for many weeks.”

But Trump also insisted Sondland hadn’t changed his testimony. “This is the man who said there was no quid pro quo — and he still says that … and he hasn’t changed that testimony,” Trump said.

Here’s Trump saying of Gordon Sondland, “I hardly know the gentleman.” Sondland donated $1 million to Trump’s inauguration and was subsequently appointed by Trump to be his ambassador to the European Union. pic.twitter.com/c73j2f2diL

Trump went on to complain about the House of Representative’s ongoing impeachment inquiry, saying he doesn’t want the hearings to be done in public (despite calls by Republican leaders in the House and Senate to do just that). The first public hearings are to begin next week.

“They shouldn’t be having public hearings. This is a hoax,” Trump said, while also insisting that he’s “not concerned about anything.”

Trump added there was another, earlier call with Ukrainian leaders, and said he would be willing to share the transcript.

At one point, Trump exploded at a reporter who asked why the Department of Justice hasn’t launched an investigation into Biden if there is any substance to Trump’s claims of corruption. He responded: “Be quiet. Quiet! Quiet! Quiet!”