Trump Fat-Shames Man At Rally, Then Says His Movement Is ‘Built On Love’ 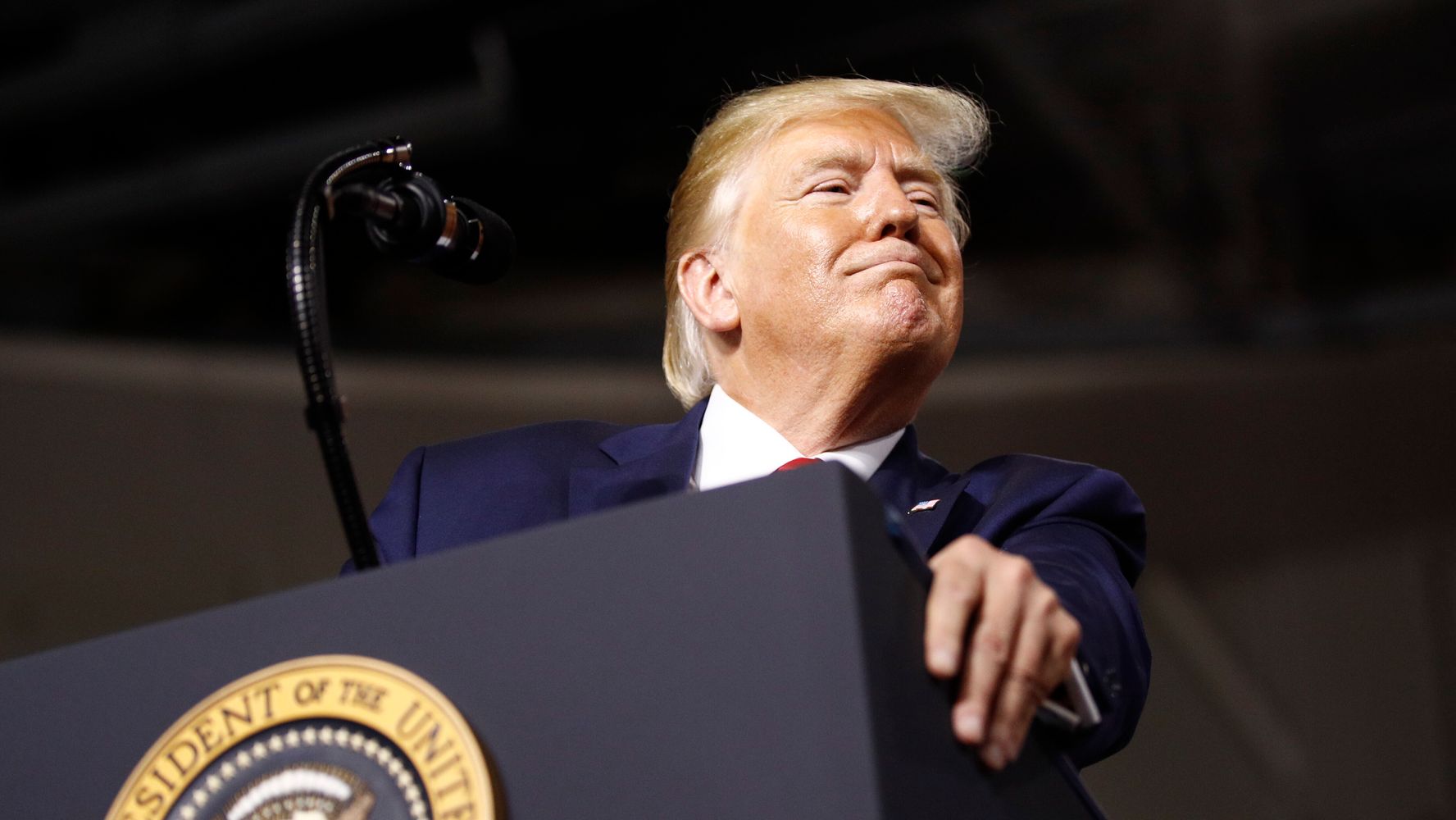 During a campaign rally in New Hampshire on Thursday, President Donald Trump proclaimed that he created a political movement “built on love.”

Moments before, however, he fat-shamed an individual he mistook for a protester, mockingly telling him to get some exercise.

Trump later called the man, who was actually a supporter, and left him a voicemail while aboard Air Force One, according to reports.

Wow. Trump mocks a protester for purportedly being overweight.

“That guy has got a serious weight problem. Go home, get some exercise,” he says. pic.twitter.com/Nsk1RxvQMf

About halfway through Thursday night’s rally, held at the Southern New Hampshire University Arena in Manchester, a protester sitting high up in the stadium interrupted Trump’s speech, attracting the president’s attention.

Security personnel escorted the protester out of the arena as rallygoers booed.

“That guy has got a serious weight problem. Go home, start exercising,” Trump said from the lectern while watching the scene.

Seconds later, Trump continued his speech to say, “Our movement is built on love.”

According to reporters at the rally, three people were escorted from the stadium.

Trump then says he has created a movement “built on love.”

And despite the “love” theme, the president also mocked his Democratic opponents in the 2020 presidential race, particularly Sen. Elizabeth Warren and former Vice President Joe Biden.

Trump’s speech Thursday was his second public event since back-to-back mass shootings in El Paso, Texas, on Aug. 3 and Dayton, Ohio, on Aug. 4 killed 31 people and injured many more.

The suspect in the El Paso shooting allegedly admitted that he targeted Mexican immigrants.

Though Trump didn’t mention a specific shooting on Thursday night, he did say his administration was working to keep guns away from the “mentally ill.”