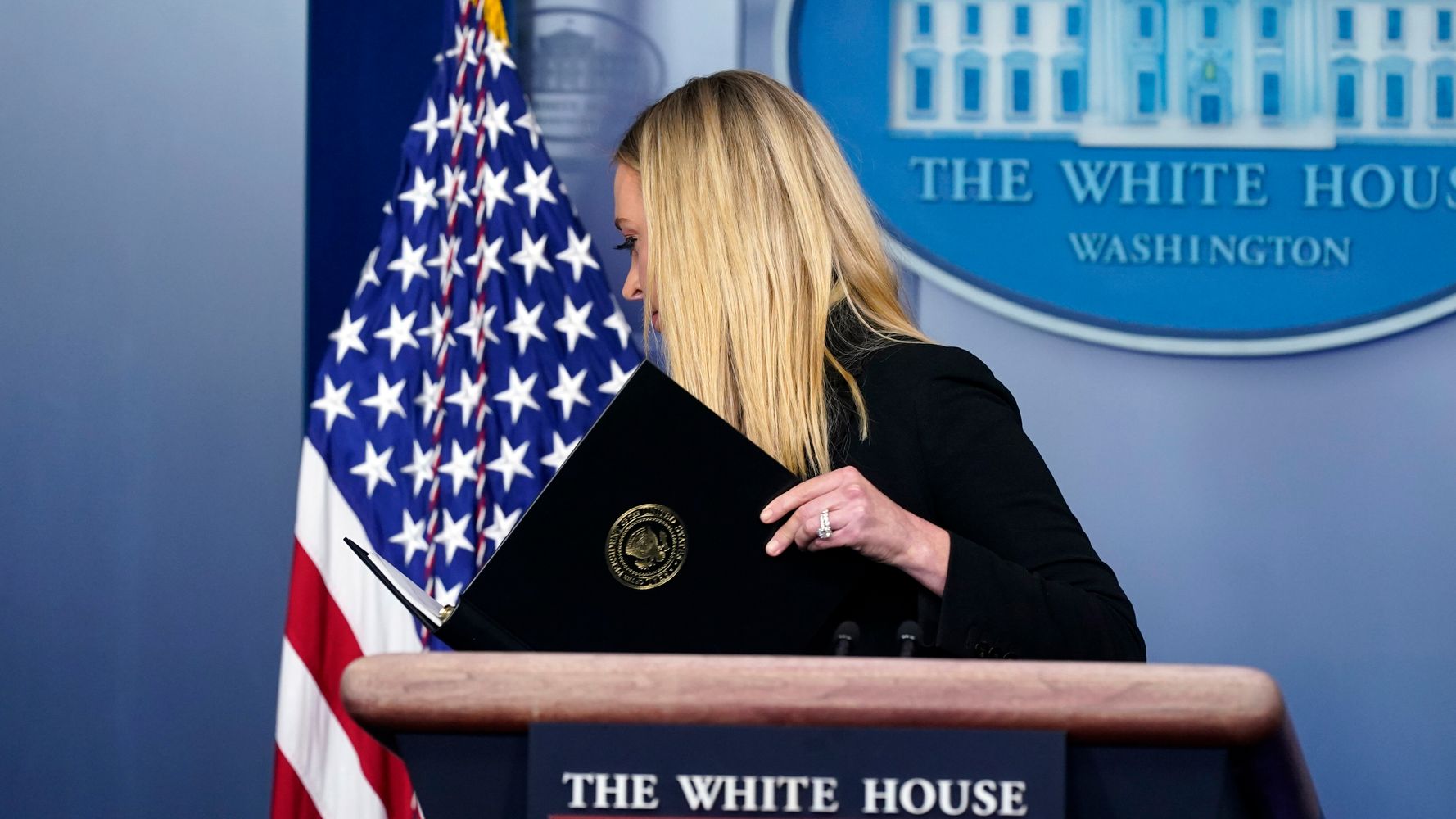 White House press secretary Kayleigh McEnany said the Trump administration condemned the violent mob that attacked the U.S. Capitol on Wednesday, calling for members of the insurrection who broke the law to be prosecuted

“I am here to deliver this message on behalf of the entire White House. Let me be clear, the violence we saw yesterday at our nation’s Capitol was appalling, reprehensible and antithetical to the American way,” McEnany said at a White House press briefing early Thursday evening. “We condemn it, the president and this administration, in the strongest possible terms.”

“Those who violently besieged our Capitol are the opposite of everything this administration stands for,” she said.

McEnany refused to take questions after the statement, and President Donald Trump did not appear. She did not issue any apology for the White House’s role in fanning the flames of the riot.

White House Press Sec. Kayleigh McEnany: “The violence we saw yesterday at our nation’s Capitol was appalling, reprehensible and antithetical to the American way. We condemn it – the president and this administration – in the strongest possible terms.” https://t.co/hO3ky2iV4a pic.twitter.com/qa3gdRIwQR

At that point, Trump had made no such condemnation himself. In fact, he’d been banned from Facebook, Twitter, Instagram and other social media platforms after posting messages of support for the rioters, telling them that “we love you” and that they were “very special.”

“These are the things and events that happen when a sacred landslide election victory is so unceremoniously & viciously stripped away from great patriots who have been badly & unfairly treated for so long,” Trump tweeted on Wednesday (the message was later removed from Twitter). “Go home with love & in peace. Remember this day forever!”

Facebook said his ban would last until at least the end of his term on Jan. 20

Early Thursday, Trump issued a statement finally acknowledging that he had lost the election to Democrat Joe Biden following Congress’ certification of the Electoral College votes in the early hours of the morning. The president said that, although he disagreed with the outcome, “there will be an orderly transition on January 20th.”

“While this represents the end of the greatest first term in presidential history, it’s only the beginning of our fight to Make America Great Again!” Trump said in the statement.

Hours later, Trump issued a new video in which he finally condemned the violence and noted that he would be leaving office later this month.

“Like all Americans, I am outraged by the violence, lawlessness and mayhem,” said the president, adding, “America is and must always be a nation of law and order. The demonstrators who infiltrated the Capitol have defiled the seat of American democracy.”

“To those who engaged in the acts of violence and destruction, you do not represent our country,” he continued, “and to those who broke the law, you will pay.”

McEnany had offered a similar sentiment earlier that day.

“The core value of our administration is the idea that all citizens have the right to live in safety, peace and freedom,” McEnany concluded. “Those who are working in this building are working to ensure an orderly transition of power. Now it is time for America to unite, to come together, to reject the violence that we have seen. We are one American people under God.”