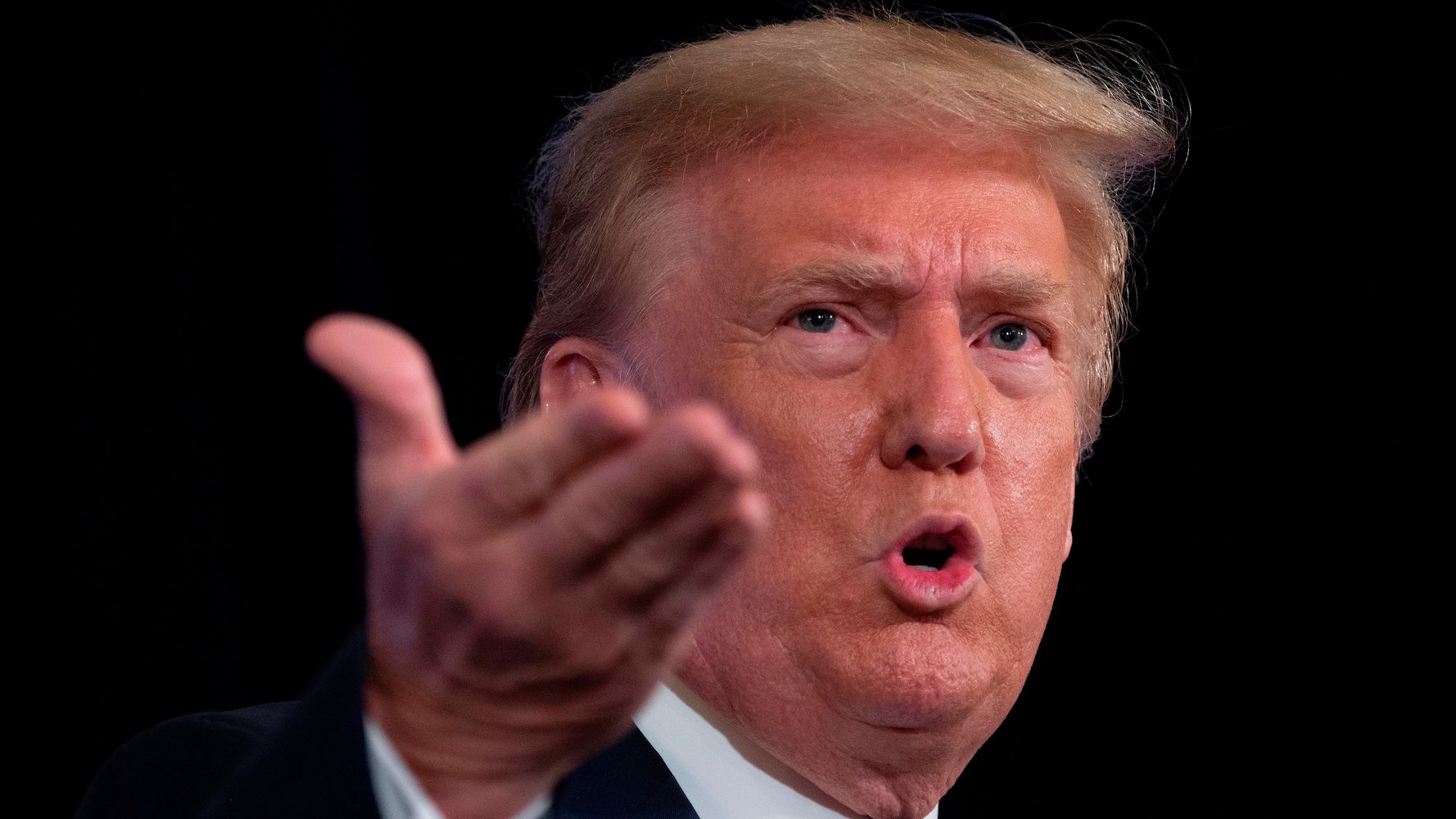 President Donald Trump flat-out ignored a reporter’s challenge Saturday to his often-repeated false claim that he was responsible for passing the Veterans Choice health care law.

He then ended his press conference and walked out.

Trump has reportedly taken credit more than 150 times for getting the plan passed. In fact, former President Barack Obama signed Veterans Choice into law in 2014 during his administration. The law allows eligible veterans to be covered by the government for care provided by doctors outside the Veterans Health Administration system. The law had key backing from Sen. Bernie Sanders (I-Vt.) and Trump foe Sen. John McCain (R-Ariz.).

Trump yet again took credit for the law during a press conference at his Bedminster, New Jersey, golf course on Saturday. “They’ve been trying to get that passed for decades and decades and decades, and no president’s ever been able to do it, and we got it done,” he said.

He was called out on the false claim by CBS News reporter Paula Reid.

“Why you do keep saying that you passed Veterans Choice? It was passed in 2014,” Reid said to Trump after he pointed at her to ask a question. When he appeared to cut her off, she persisted: “It’s a false statement, sir.”

Trump responded: “OK, thank you very much, everybody.” He abruptly ended the press conference and walked away from the lectern.

Thank you Paula Reid. It’s reporters like you, Yamiche Alcindor, Kaitlan Collins and Weijia Jiang that we need during these insanely trashy and trying times. Keep challenging lies.pic.twitter.com/keluoP89Yo

“That is a false statement, sir.” ~ Paula Reid, to Trump.

Really nice to hear a reporter fact-check the untruthful president in real time, in front of an audience of his richest ‘friends’ and donors.

Here it is!! Our hero, Paula Reid! pic.twitter.com/hpb29BG1EL

REMINDER: The guy who is trying to defund Social Security and Medicare with his Payroll Tax “executive order” had NOTHING TO DO with Veterans Choice, as Paula Reid pointed out.