Trump Impeachment Inquiry: Here’s What You Missed This Week — And What’s Up Next 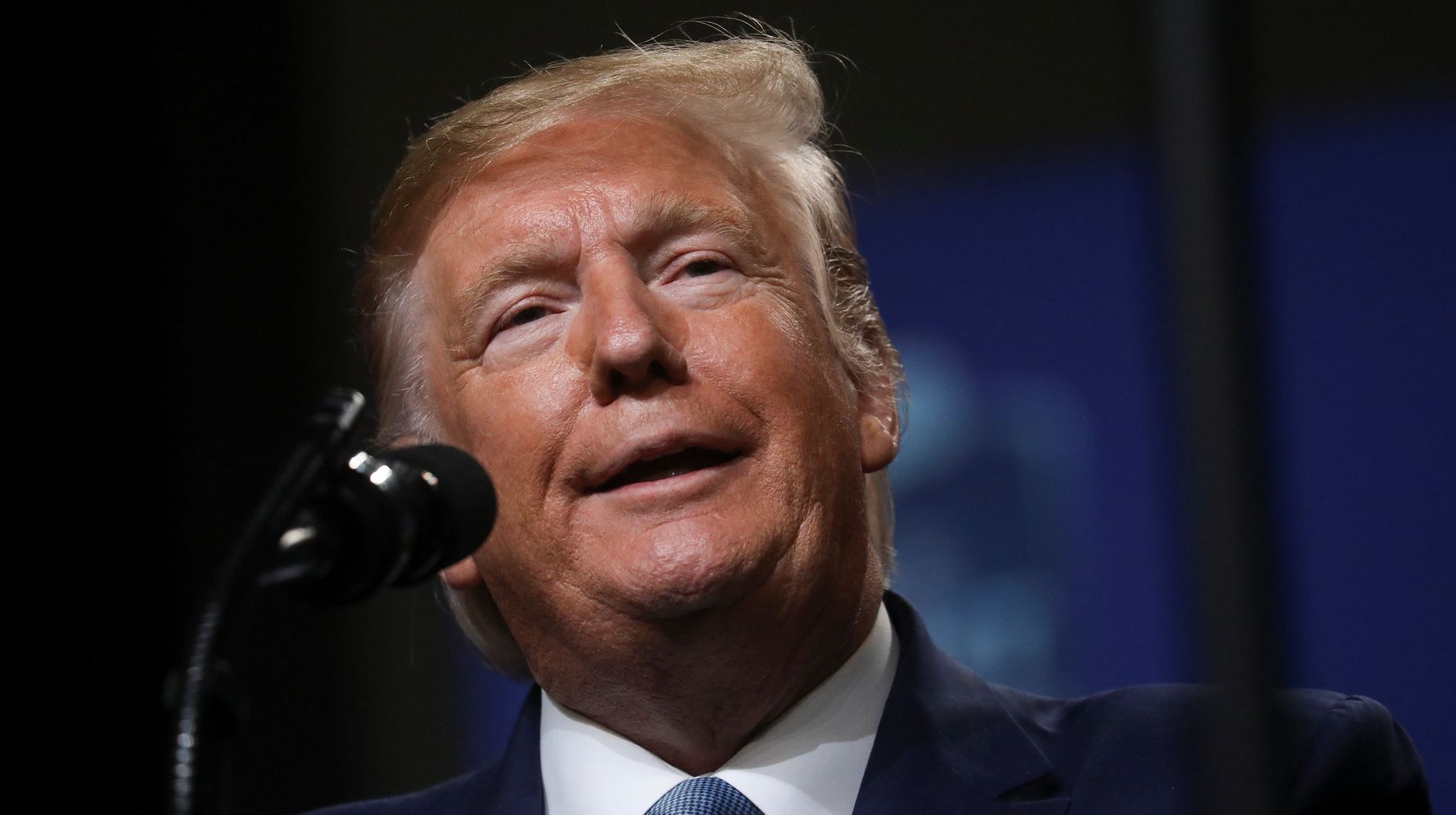 Speaker of the House Nancy Pelosi launched a formal impeachment inquiry on Sept. 24 after a whistleblower came forward to report that President Donald Trump was using his office to coerce Ukraine into opening investigations to help his 2020 reelection campaign.

During the ensuing month, the House committees leading the impeachment probe — the Oversight, Foreign Affairs, and Intelligence Committees — have questioned witnesses; Trump has both vigorously admitted to and denied committing the acts that he is being investigated for; and congressional Republicans have split between echoing the president’s excuses, maintaining strategic silence, and covering their eyes and plugging their ears.

Having trouble keeping up? Here’s a roundup of what you may have missed this week.

The current chargé d’affaires for Ukraine Bill Taylor testified before the impeachment inquiry committees on Tuesday.

Taylor, a career foreign service officer, was one of three diplomats who discussed the president’s extortion of Ukrainian leaders in text messages previously released by the committees. He was the lone member of the three-person group text to express disapproval of what was happening.

His 15-page opening statement walked the committees through how he came to learn that Trump was using a face-to-face meeting and congressionally approved U.S. military aid (that Trump had frozen) as a bribe to get newly elected Ukrainian president Volodymyr Zelensky to publicly announce investigations into former Vice President Joe Biden and the 2016 election. (The proposed investigation into Biden revolved around his son Hunter Biden’s appointment to the board of the Ukrainian natural gas company Burisma in 2014.)

Sondland later “tried to explain to me that President Trump is a businessman,” Taylor said. “When a businessman is about to sign a check to someone who owes him something, he said, the businessman asks that person to pay up before signing the check.”

This metaphor indicates that Trump was extorting Zelensky to open investigations into his political rivals. The statements Taylor recounted from Sondland also contradict Sondland’s prior testimony to the committees. Now congressional investigators are saying Sondland needs to come back in and clarify his testimony or potentially face charges for lying.

Trump’s response to Taylor’s testimony was to compare the impeachment inquiry to a “lynching” and label all “Never Trumper Republicans” as “human scum,” while implying that Taylor was among their ranks.

Sen. Lindsey Graham (R-S.C.) introduced a resolution to condemn the impeachment inquiry. The resolution claims that the inquiry is using an improper process by acting in secret. The committees conducting the inquiry are, in fact, operating under House rules approved in 2015 by Republicans when then-Speaker John Boehner (R-Ohio) was in charge. The non-binding resolution does not yet have 50 co-sponsors to pass.

Still others squirmed with mild discomfort. “The picture coming out of it based on the reporting we’ve seen is, yeah, I would say it’s not a good one,” Sen. John Thune (R-S.D.) said.

And yet more claimed not to have read Taylor’s testimony or any news about it.

Sen @lisamurkowski hasn’t read the Bill Taylor opening statement, so couldn’t comment on it, so @igorbobic gave her a copy and she says she’s going to now read it: pic.twitter.com/zBWoczWStX

One group of Republicans had a different idea to …

Rep. Matt Gaetz (R-Fla.), a staunch pro-Trump Republican, led a group of House Republicans in storming the House Intelligence Committee in order to disrupt the testimony of Defense Department budget official Laura Cooper on Wednesday. The stunt was approved of beforehand by Trump, according to Bloomberg News.

Gaetz and his band of 41 Republicans claimed to be upset about the closed door testimony process. But 13 of those who participated in Gaetz’s stunt already sit on the three committees hearing the testimony and could question the witnesses freely.

A number of the stunt participants also brought their cell phones into the secure committee room. That is a major no-no.

The members involved entered the room, shouted at committee Democrats and ordered pizza. Gaetz said it felt like he was in “300,” an action film-cum-celebration of the male form.

The tentative schedule for further testimony in front of the impeachment committees is:

Ukraine knew about the aid freeze.

One inane point made by Trump and his defenders is that Ukraine did not know that the $391 million in U.S. military aid had been frozen by the president to be used as a bargaining chip in his extortion attempt. The argument is that Trump could not have used the aid as a bribe if Ukraine did not know that it was a bribe. But Ukraine was, in fact, aware of the aid freeze “by the first week in August,” according to The New York Times. This corroborates claims made in the whistleblower’s report.

How extensive was the extortion attempt?

The U.S. government also “withdrew a recommendation to restore some of Ukraine’s trade privileges” at the height of the pressure campaign in August, according to The Washington Post. Could this have been yet another bargaining chip to get Ukraine to investigate Trump’s 2020 adversaries?

Former National Security Advisor John Bolton’s lawyers have been in contact with impeachment investigators about the possibility of Bolton providing testimony, multiple outlets reported on Friday. Trump fired Bolton from his post in September, and Bolton has been openly critical of the president in the weeks since.

Will Trump’s judges side with him in court fights?

Trump has made a number of wild and expansive legal arguments to prevent Congress from investigating him, including arguing that the impeachment inquiry is not legitimate. HuffPost took a look at what his most controversial Supreme Court pick has had to say about these issues over the years.

Impeachment. What are we talking about here?

There are a lot of questions out there about impeachment. How does it work? What is an impeachable act? Why does impeachment take place where it does? HuffPost spoke with Philip Bobbitt, former legal counsel to the Democratic majority on the Senate Iran-Contra Committee and co-author of the new edition of Charles Black’s Impeachment: A Handbook, earlier this year and he answered some of these questions:

On the standards for impeachment: “[The Constitution] doesn’t say a president can be removed whenever two-thirds of the Senate and one-half of the House want to remove him. Instead, it says he can be removed by those votes if you find he’s committed treason, or bribery or other high crimes and misdemeanors. So, it’s not just ‘and high crimes and misdemeanors,’ it’s other high [crimes and misdemeanors]. It means that you have to find that he’s done something that has a deep relationship to treason and bribery. Something that is an act against the state as opposed to a common crime ― shoplifting ― against a person. Something that has the kind of gravity treason, bribery have. And that bring the person or his administration into contempt and disrepute.”

On why the trial is in the Senate and whether impeachment is purely political: “I heard a commentator say, because this is to be tried or concluded in the Senate, which is a political body and not the judiciary, it’s a political and not a legal decision. That is completely wrong. There is an extensive discussion of why you have it in the Senate rather than in the Supreme Court…

“The reason we don’t have such trials is that, if a removed president were then tried for his crimes, the appeal could go to the Supreme Court that would then be required to recuse itself.

“The text says quite explicitly that the Senate is to try the case. That’s the language that the Constitution uses. They take a special oath to decide the case according to law. It’s presided over by the Chief Justice. It’s just not an ordinary political proceeding.”

Correction: This article originally said the Foreign Relations Committee is involved in the impeachment process. It is the Foreign Affairs Committee.

Additionally, Bobbitt’s explanation of why the Senate tries the case initially included double jeopardy reasoning. In a subsequent email to HuffPost, he clarified why the Supreme Court does not hear the trial, which does not concern double jeopardy. The story reflects that explanation as well as the fact that Bobbitt was co-author, not editor, of the Charles Black book.